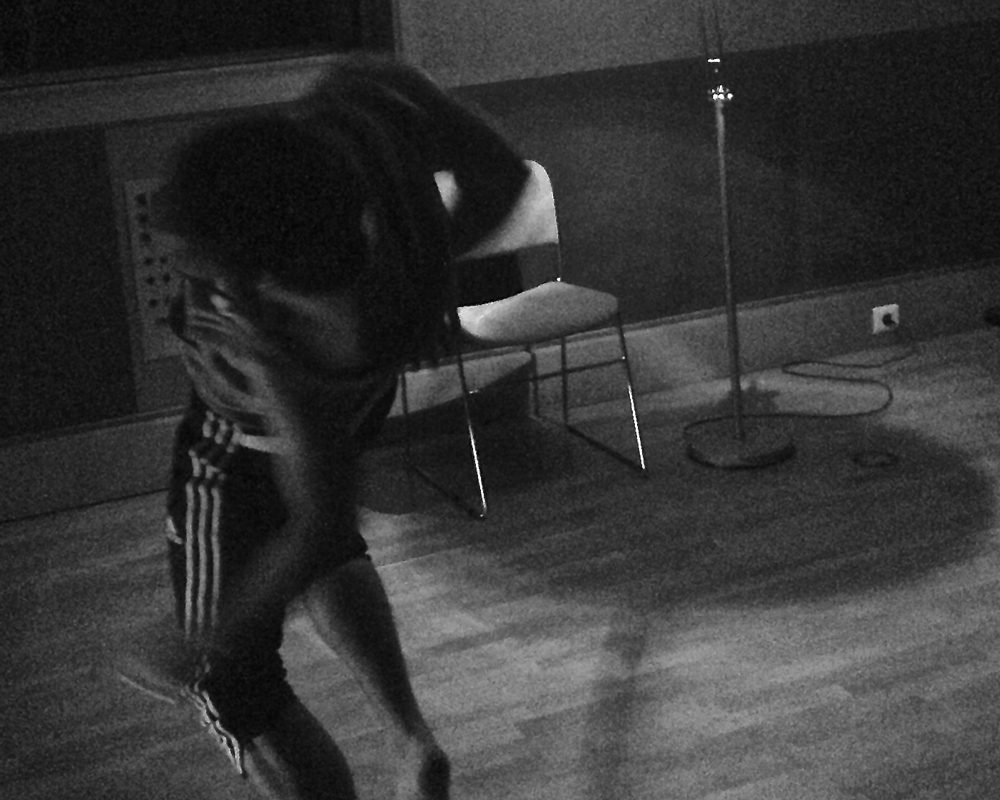 Yannis Adoniou, Artistic Director/Choreographer KUNST-STOFF productions. Born in Athens Greece, Yannis Adoniou, a Goldie Award winning art maker is the co-founder and the Artistic director of the critically acclaimed dance company KUNST-STOFF. A renowned choreographer and a master teacher he choreographs and conducts classes/workshops across the United States and Europe. In 2010 Adoniou founded KUNST-STOFF arts, a studio/art space located in downtown San Francisco that is designed to host performing and visual artists from around the globe. Mr. Adoniou curates and organizes the performances and artistic teams for Stoffwechsel – Metabolism Festival, Berlin.
www.kunst-stoff.org

During this Artistic Residency the following performance was given:
In Limbo (excerpt)
Created and performed by: Yannis Adoniou and Minos Matsas

A musician and a dancer on stage. Their performance can take an unexpected twist.
The bodies, the sounds, the lights, the musical instruments-objects suggest a story, which is not really a story, since there is no beginning, middle, or end and no heroes. It consists of an “open” narrative adventure that calls the spectator to experience it “here” and “now” as an act of theater in progress.
“In Limbo”: nothing is final and everything is being reconsidered. There is no “final version”: changes are embodied the moment they are born. The bodies create horizontal and vertical axes, symmetrical lines and then break them; bodies and music engage in a dialogue or just ignore each other; they expose themselves or withdraw; they adjust the tension, improvise and try to find a way to co-inhabit the space in a fluid way, which is not preconceived; they are in quest of a relationship that is constantly under scrutiny; they are seeking a form, a brilliant idea or a moment of aesthetical pleasure.
Experimentation in synthesis is of utmost importance for both performers and audience. The rhythm, the atmosphere and the flowing structure trigger the spectators’ imagination, inviting them to create their own story. A story without boundaries based on the sensations that unfold in the surrounding fields of vision and sound.