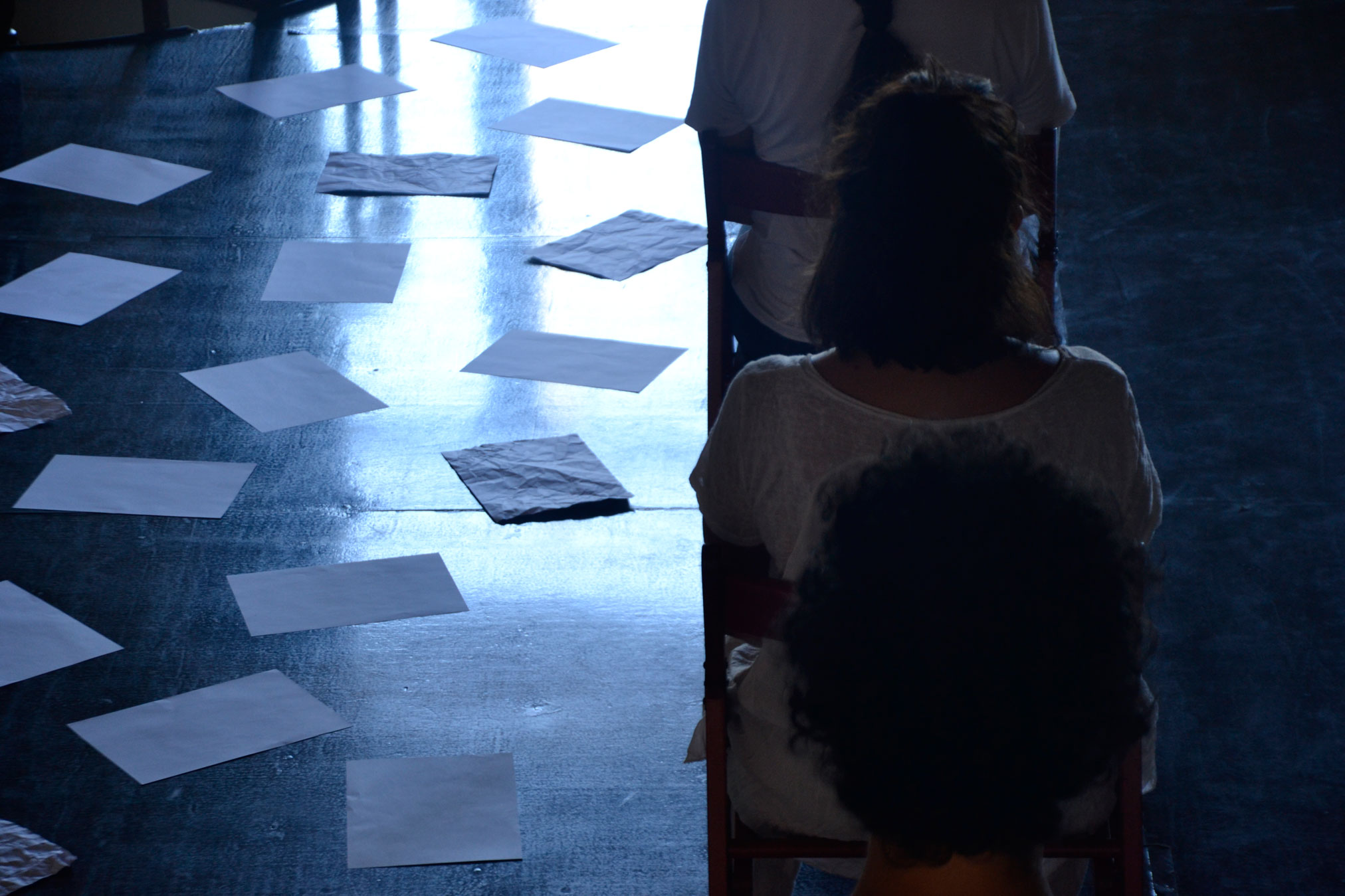 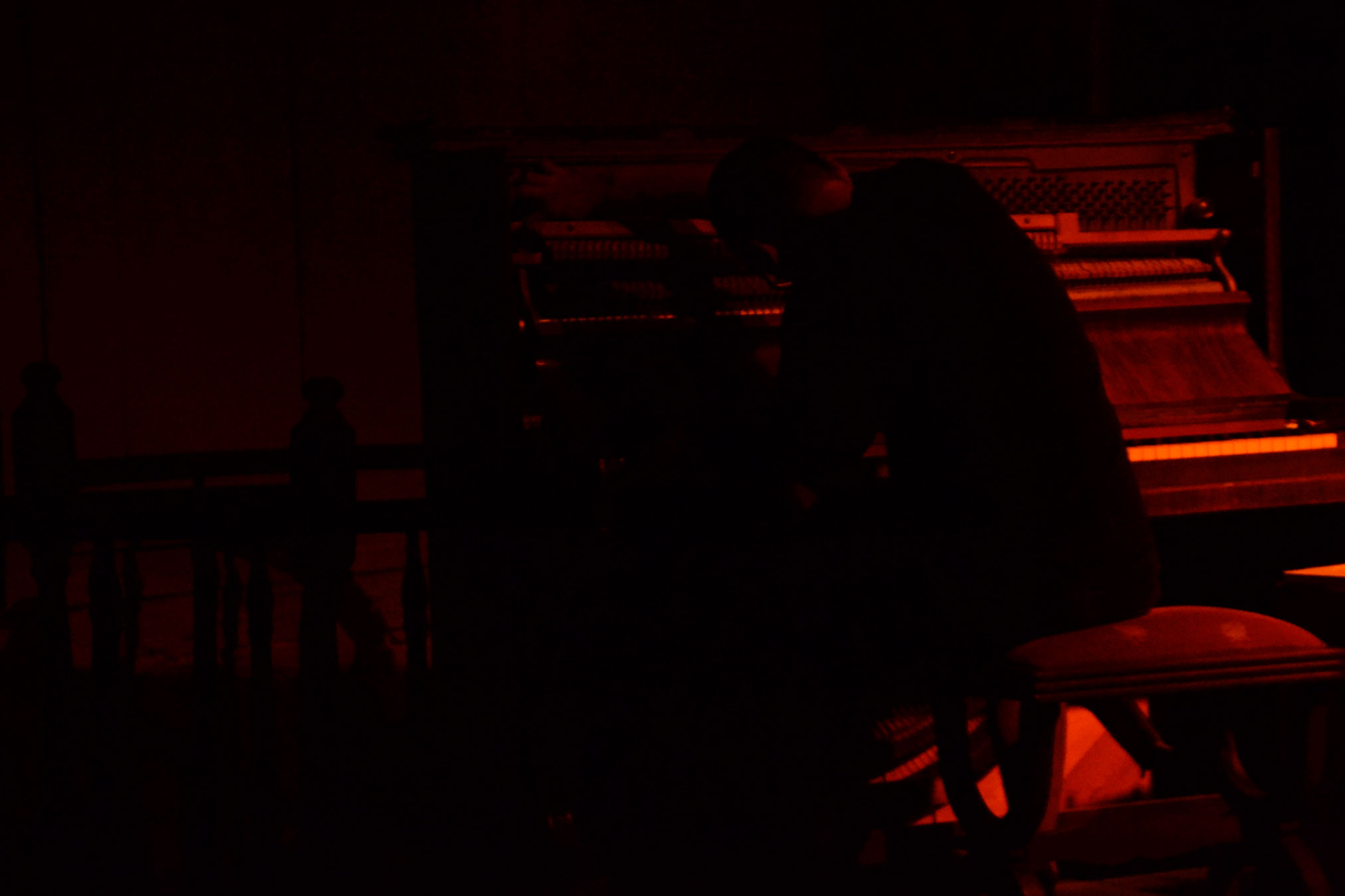 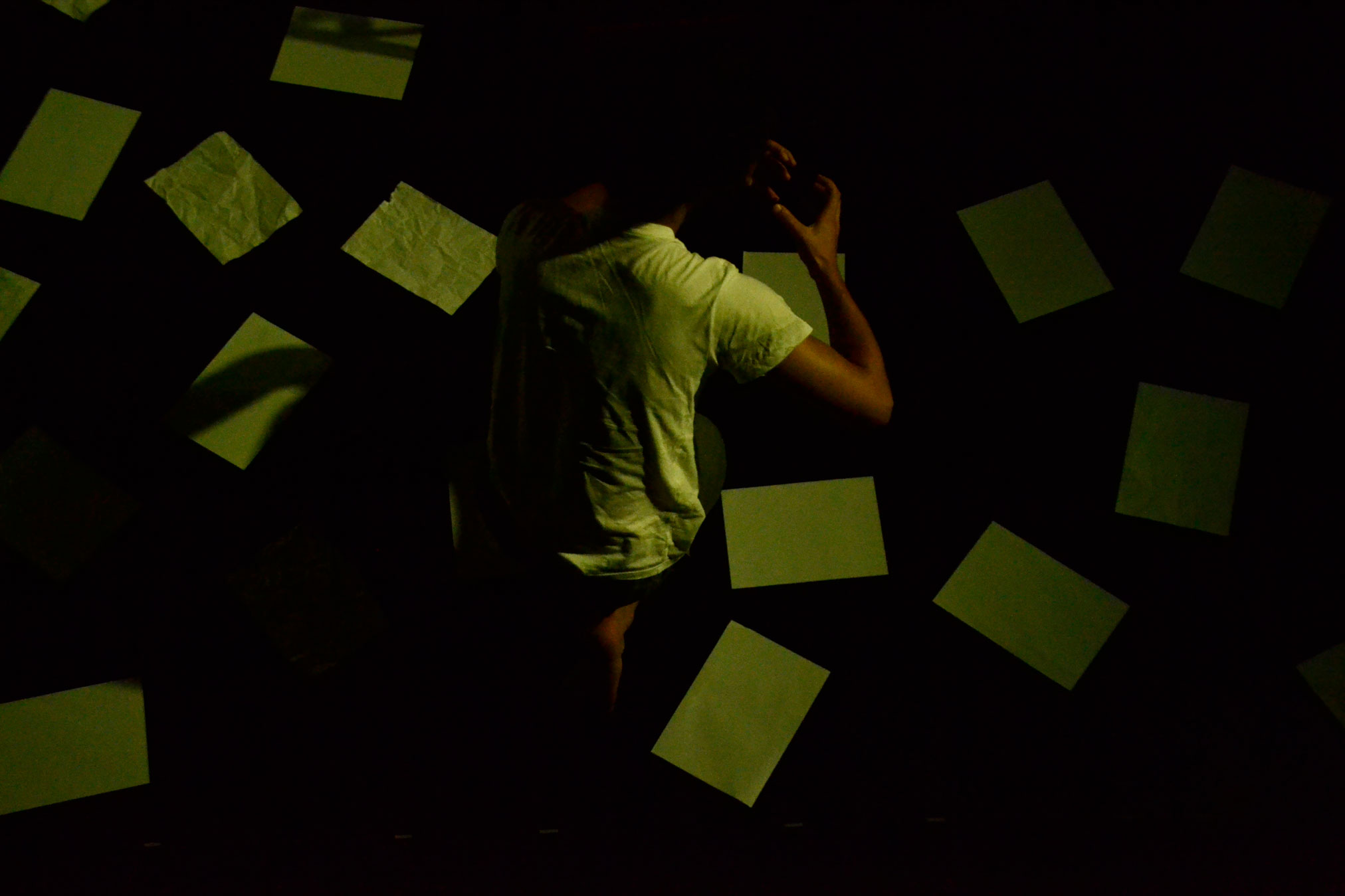 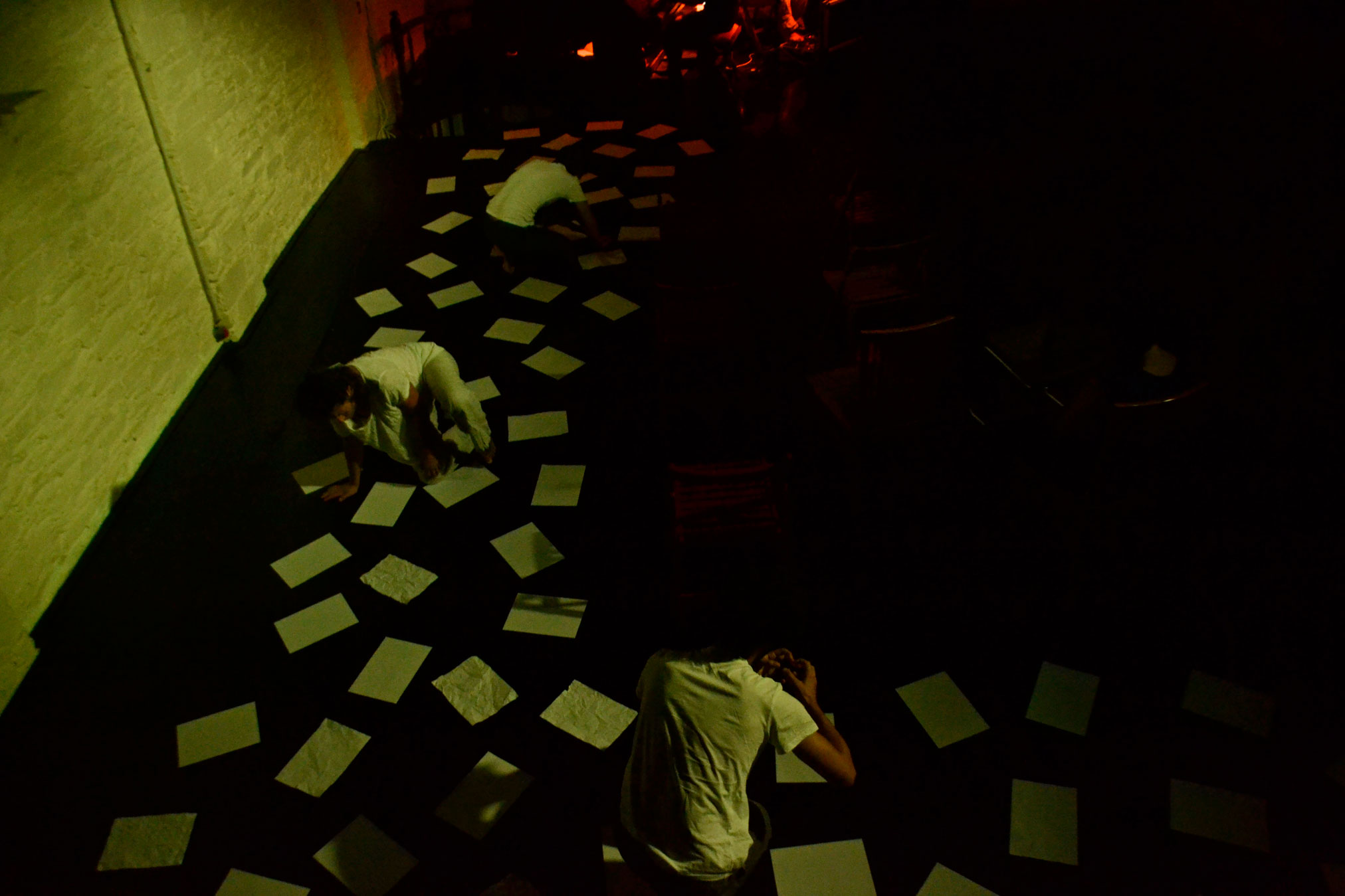 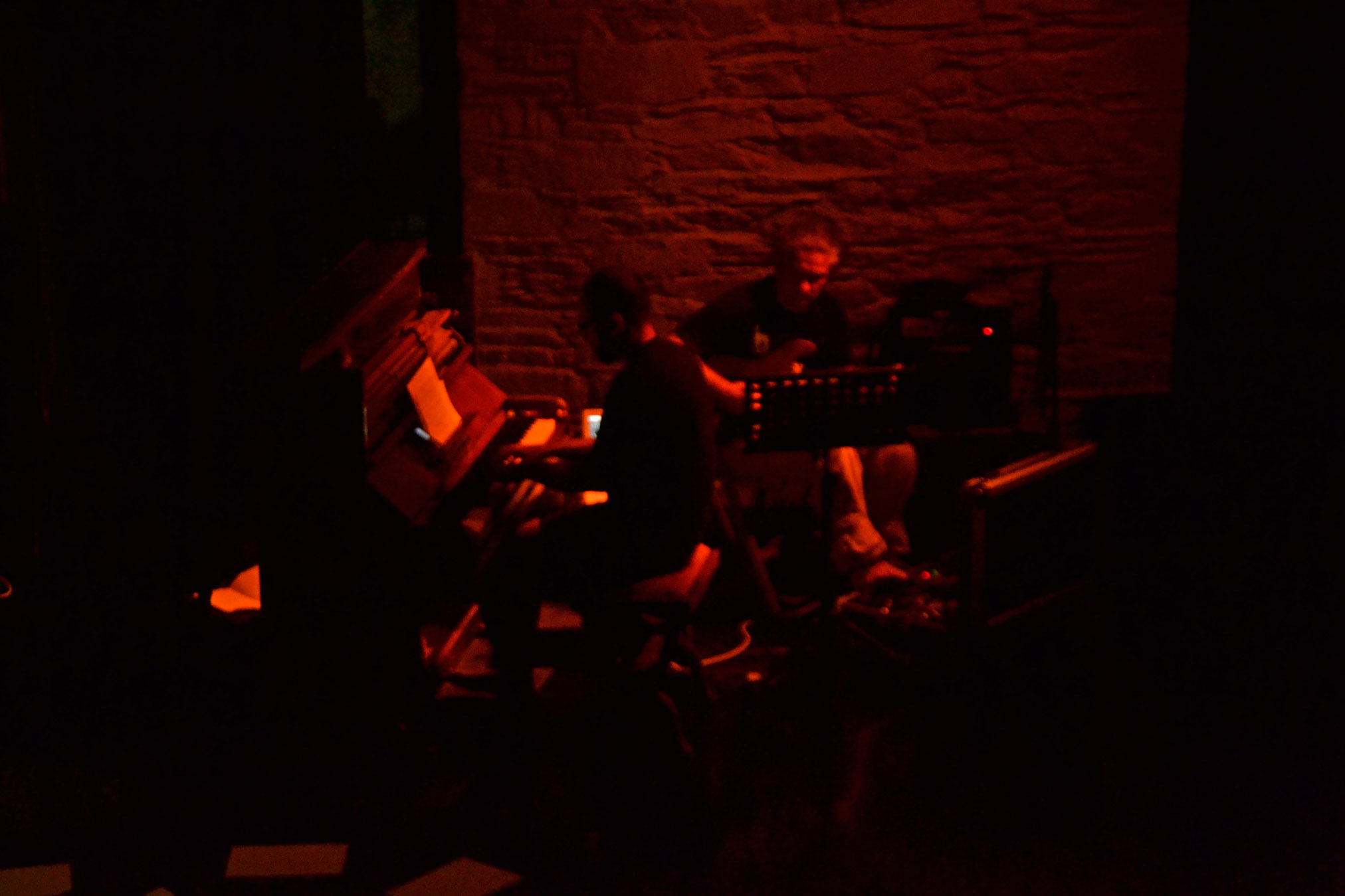 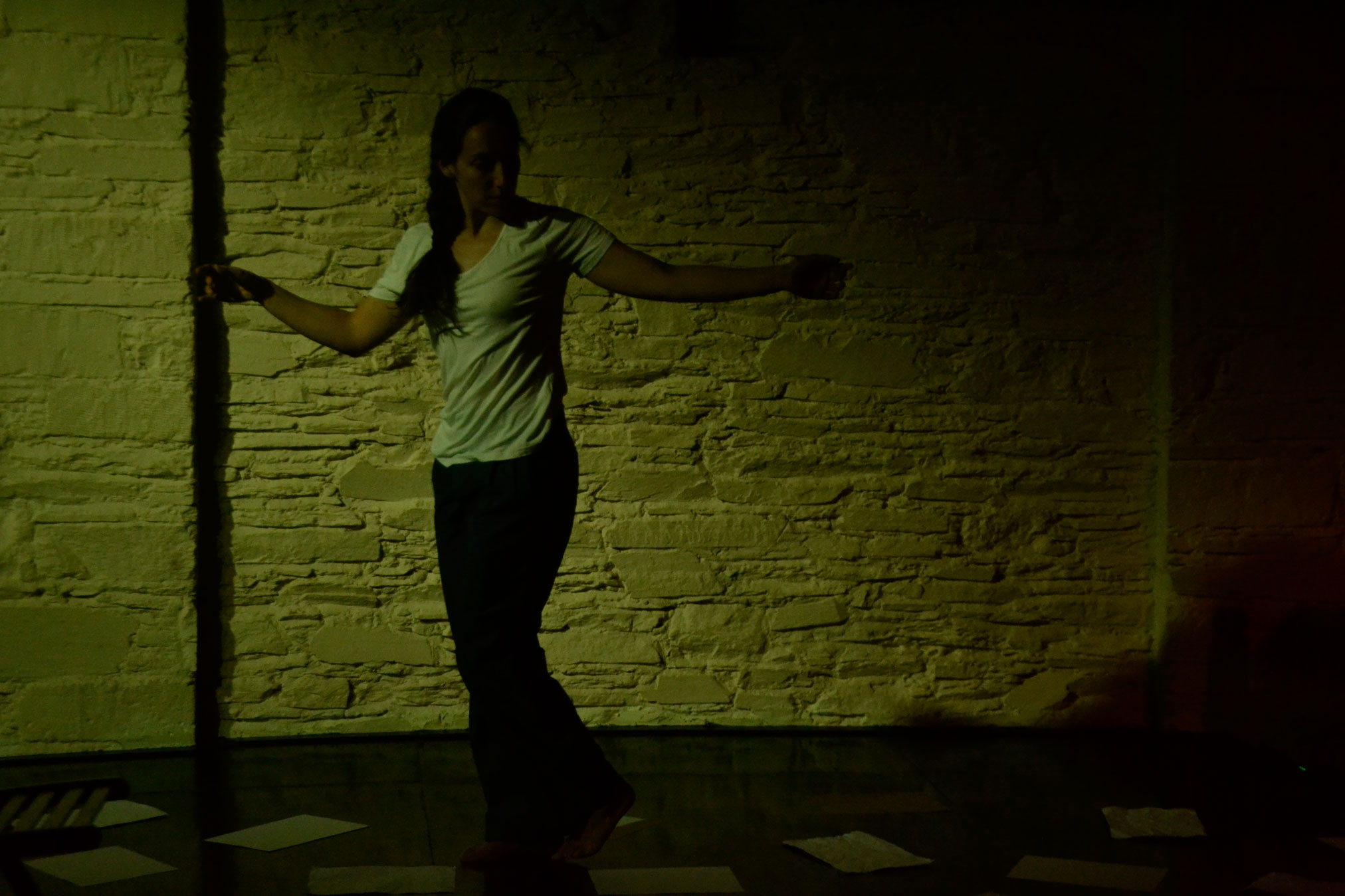 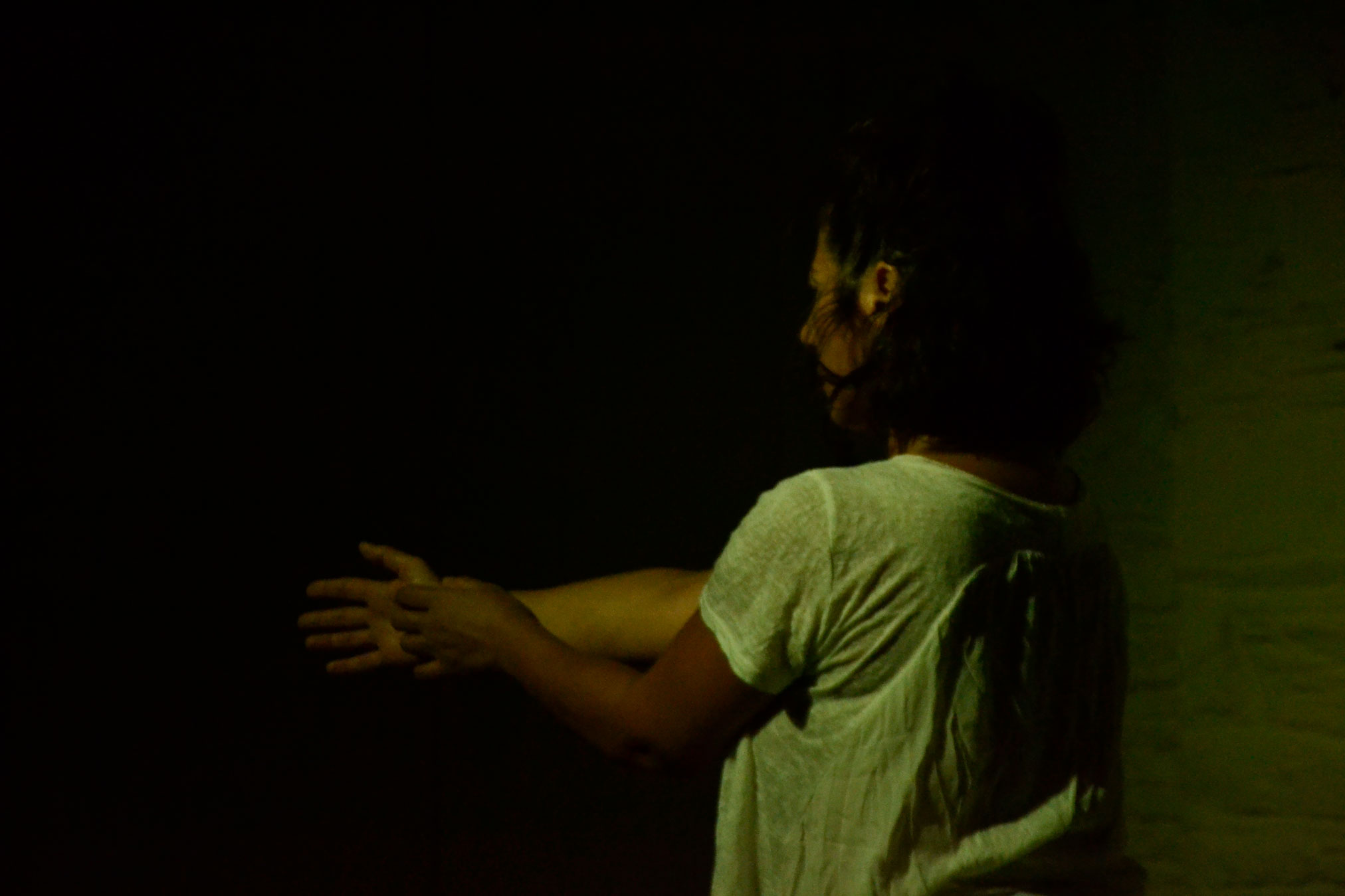 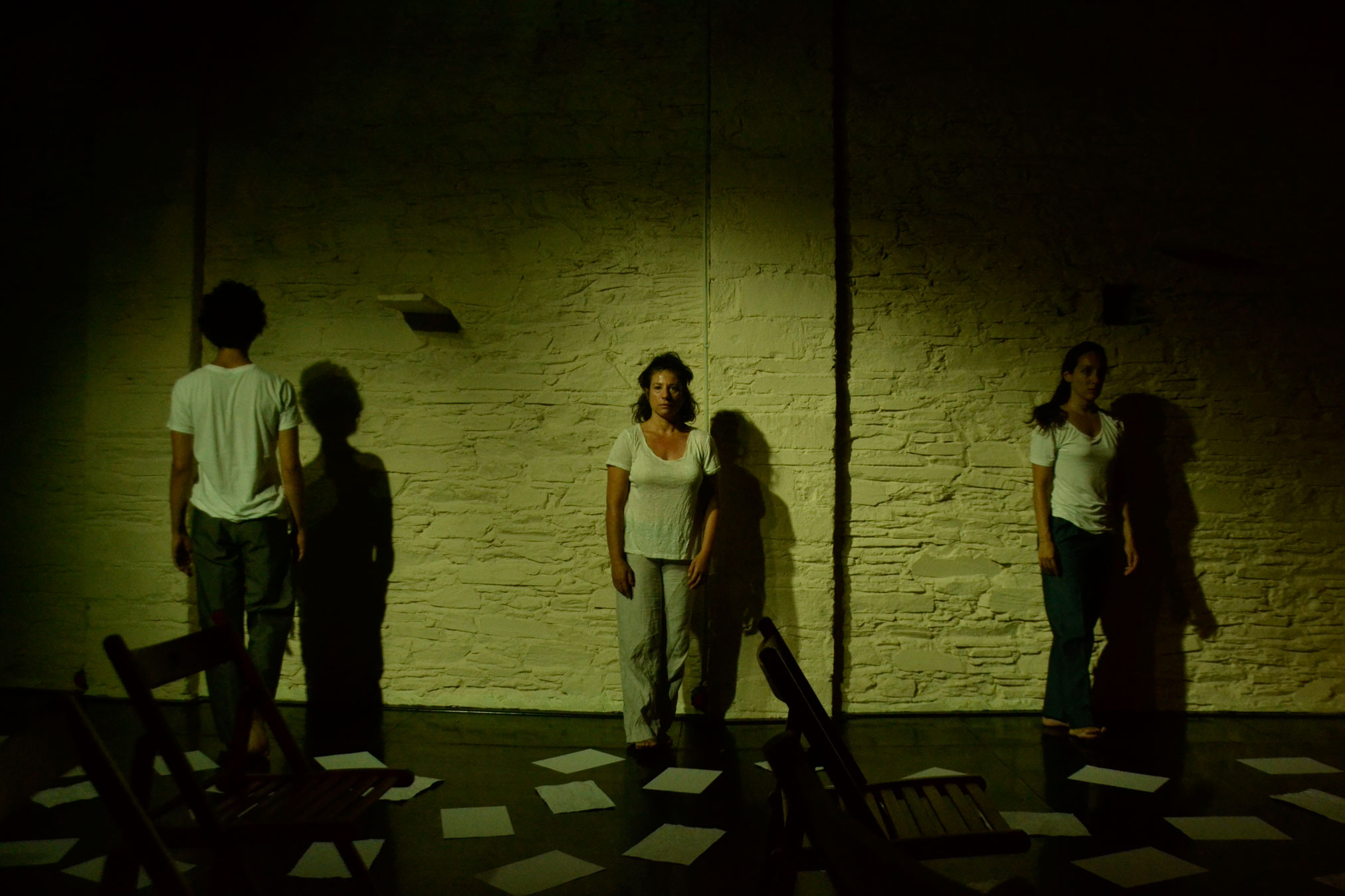 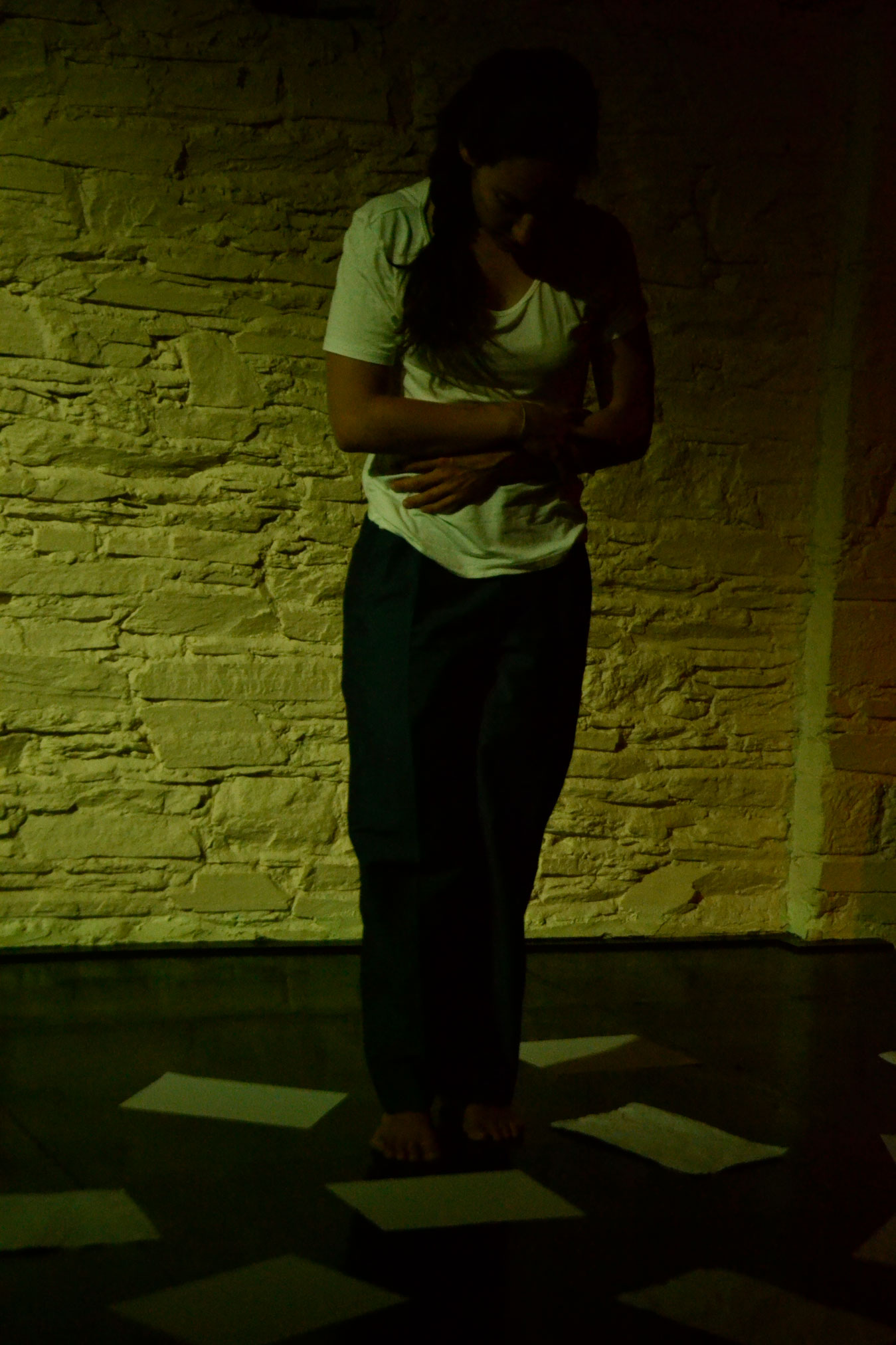 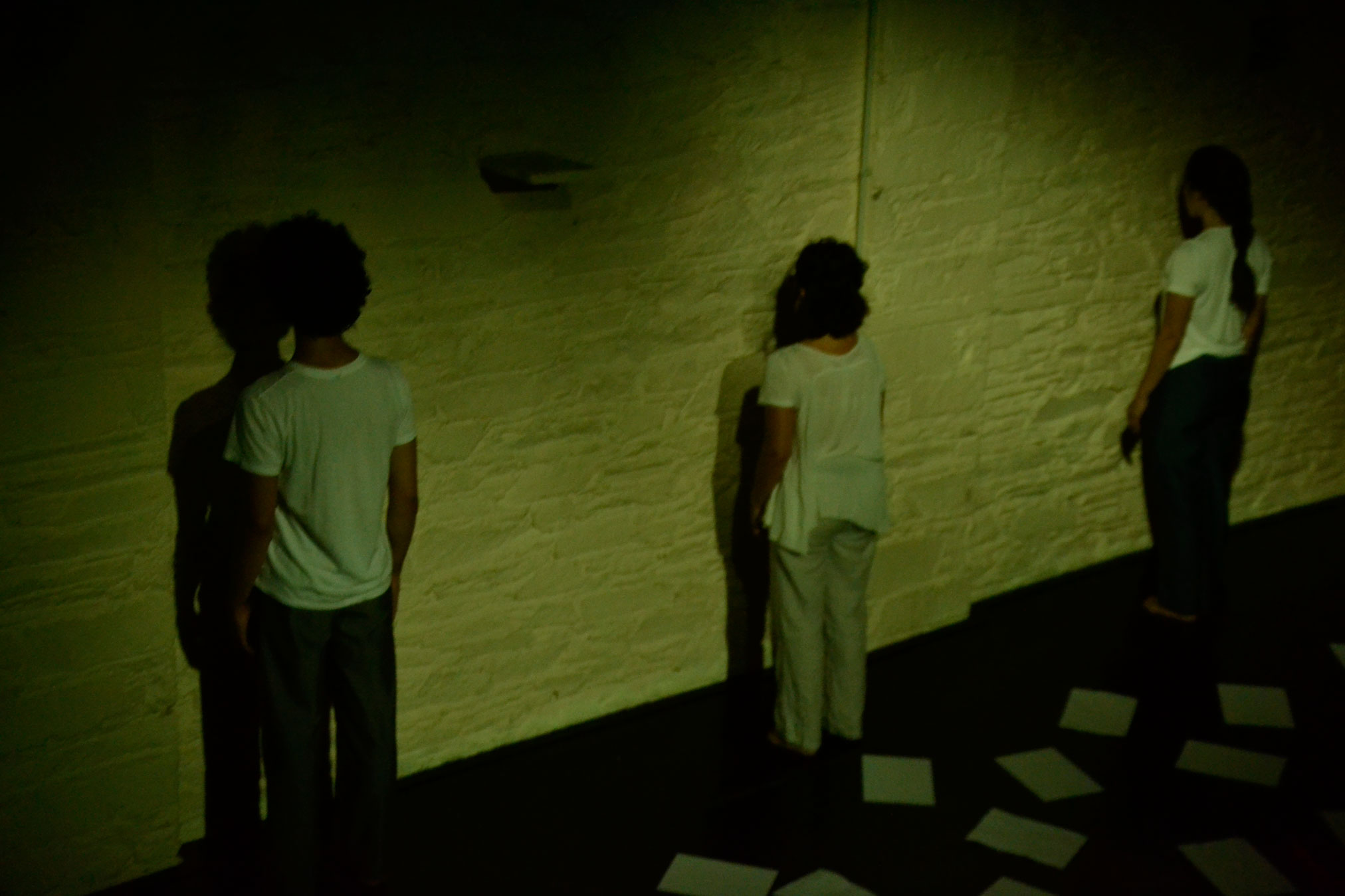 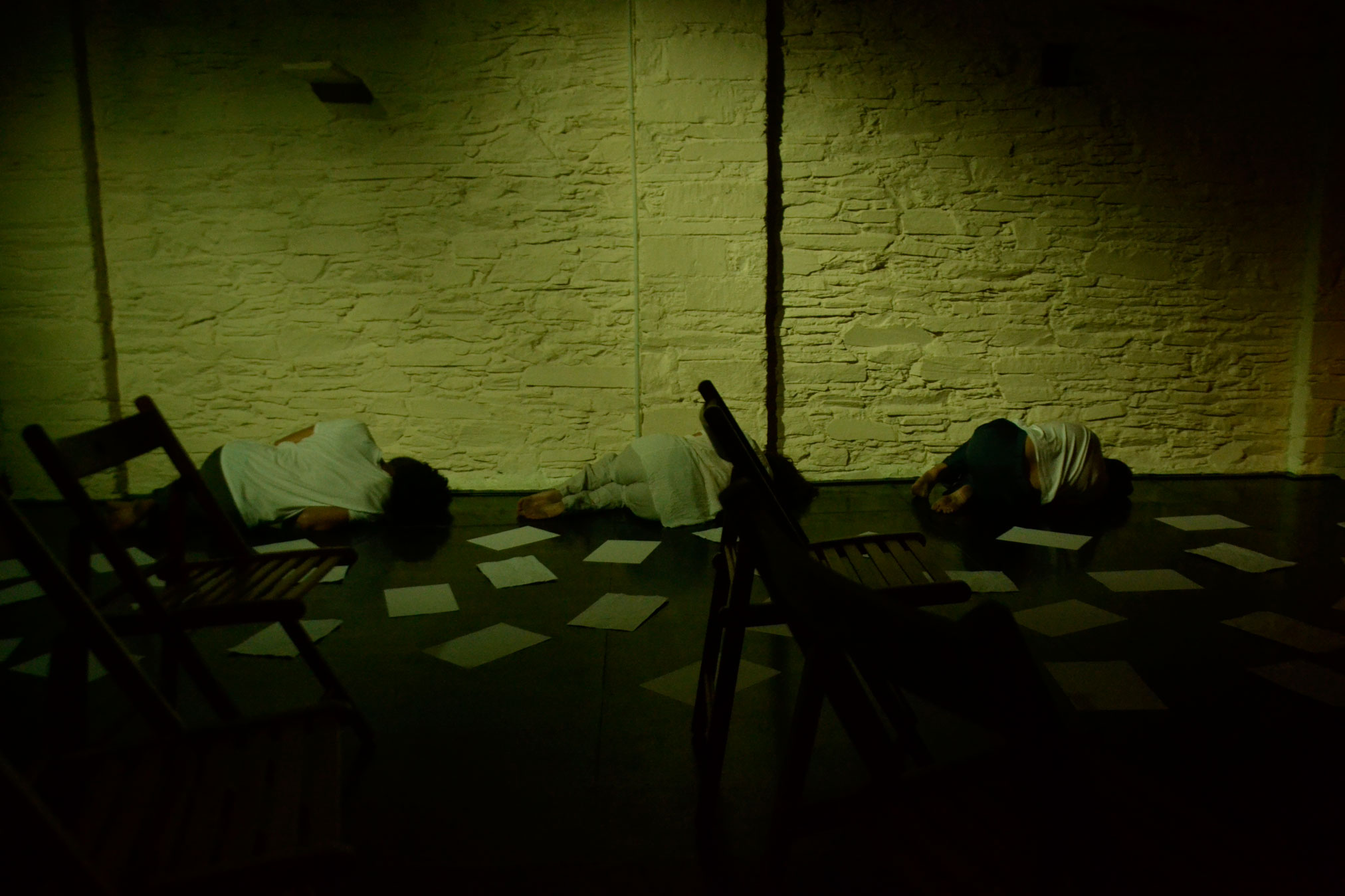 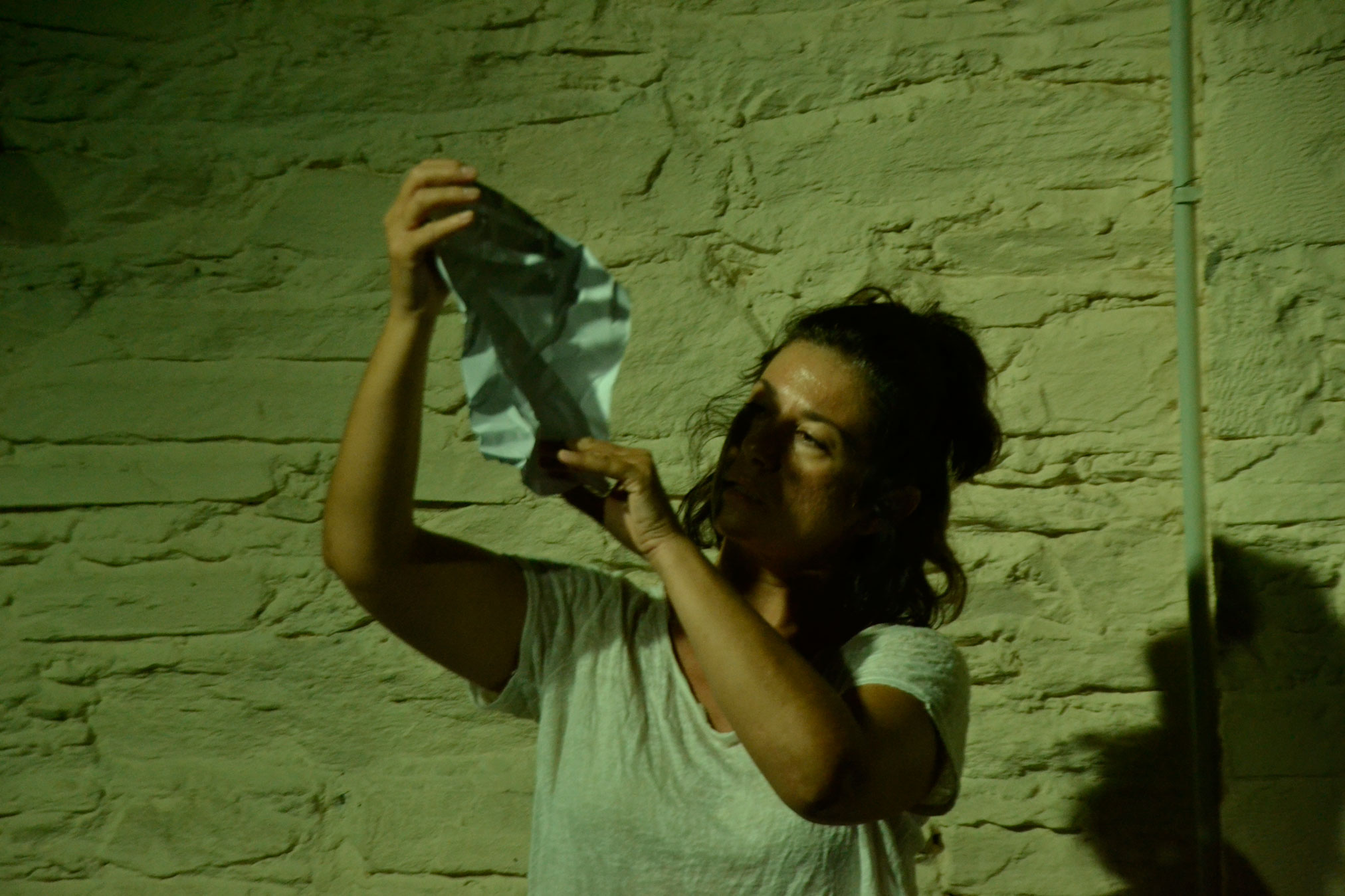 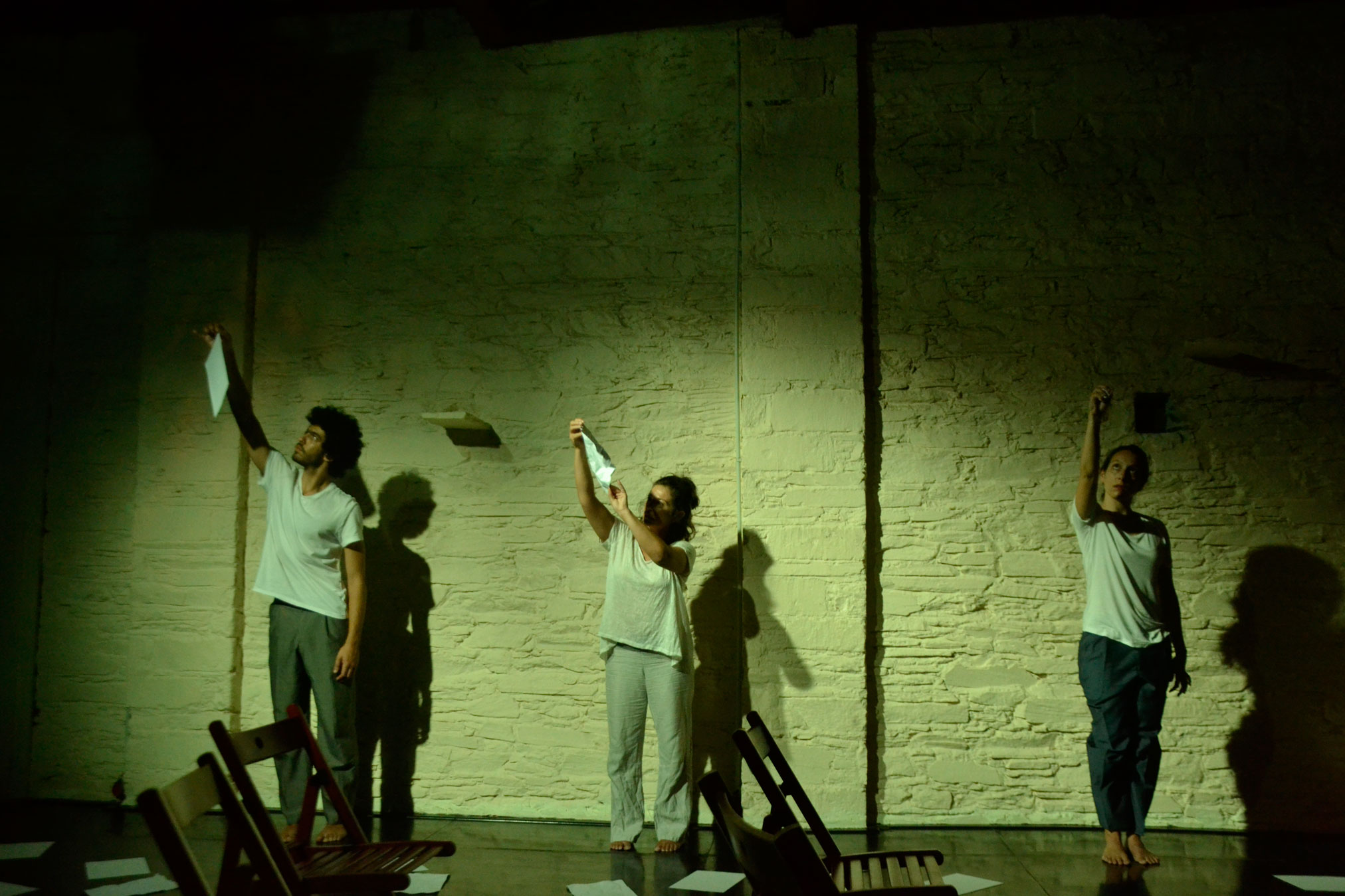 In the wake of an endless and stubborn address to a god who never responds, the erased words of a Prayer form again as sound and movement, composing, sometimes in the form of a question, sometimes in the form of an answer, the image of a parallel action and confrontation, that at the same time insists on a ritualistic atmosphere and reacts to it, as something accomplished, inevitable and altogether hopeless.

Alexis Porfiriadis
http://www.alexisporfiriadis.blogspot.gr/
Alexis studied composition with Gerd Kühr, Beat Furrer (2002-Master of Arts, 2003-Postgraduate, University for Music and Performing Arts Graz/Austria) and Mathias Spahlinger (visiting Professor 2003, University for Music and Performing Arts Graz/Austria). He is currently working towards a PhD focusing on musical compositions which cultivate collaboration and collective responsibility between the performers (Bath Spa University, Supervisor: Prof.James Saunders). In addition to this, his interests lie upon the potential growth of group creativity based on the fairly open instructions of a score. His compositions from the last 6 years consist mainly of verbal and graphic scores. He enjoys working with non-professional musicians and performers of all backgrounds, and adjusts his compositions to their individual needs and abilities.
He has taught Music Theory (harmony, counterpoint, fugue), Orchestration, Contemporary Musical Notation and Improvisation in State Conservatory of Thessaloniki and in Department for Music Studies of Aristotle University of Thessaloniki. Alexis has also convened numerous improvisation and graphic/verbal notation workshops in several academic and non-academic contexts. In his workshops he enjoys working with people of different backgrounds and ages. In the spirit of John Stevens and of Cornelius Cardew he use musical improvisation and graphic/verbal notation to mobilize people to re-find their hidden creativity.
His compositions and installations have been presented in Europe, Canada and the USA in festivals, galleries, and concert venues such as: Minoriten Saal and Heimatsaal, Graz / Austria – Museumsquartier Vienna / Austria – Salle Maene Brussels / Belgium – Gallery Senko Studio / Denmark – Festival „Molinar del Segura“, Alicante / Spain – KNOT Gallery, Athens / Greece – Dimitria Festival, Thessaloniki / Greece – Redpath Hall, McGill University, Montreal / Canada – University of Alabama / USA – a musical minum festival the Wulf, Los Angeles / USA – SITE Festival Stroud/UK.
As an improviser and performer, I have collaborated with artists coming from a variety of different media backgrounds in Greece, Austria and Serbia, and in 2007 I co-founded the 6daEXIt Improvisation Ensemble in Thessaloniki and in 2011 the Open Score Project in Athens.

Nikos Panagiotakis
http://www.nikospanagiotakis.com/
Nikos Panagiotakis was born in 1963. His music studies begun with classical guitar lessons. He also studied advanced theory with Kostas Klavas and composition with Theodore Antoniou.
In the summer of 1995, he attended a series of seminars by professor M. Merlet on the subject: “Advanced theory, analysis, fugue from Bach to the 20th century, chamber music, orchestral music of the 20th century, modern composition and orchestration”. Mr. Panagiotakis has also followed N. Efthimiadis’ workshops on conducting children choirs and a choir conduction master class with Peter Erdei (Kodaly Institute) in 2001.
He performed as a guitarist since 1983 in various, mainly jazz music groups, while he has collaborated with the Athens Music Hall and the Greek Composers’ Union.
His activity as a guitarist gradually decreased from 1992 when he started studying composition, while his composing work intensified. His first compositions, mainly for theatre plays appeared as early as 1988. After 1993, his compositions change form since under the guidance of Theodore Antoniou he begins his creative explorations in the sounds and music trends of the 20th century. Since then, he has written many pieces for solo instruments, small ensembles, chamber music ensembles, orchestras, concerts for cello, piano and more. His sextet “The Deep of the Sea” was presented in 1998 at the Athens Concert Hall in the cycle “Young Composers Workshops”. Within the context of the Panhellenic Composition Competition organized to commemorate G.A. Papaioannou in 1999, his string quartet piece “No 1” won the 3rd prize and was presented at the Athens Goethe Institute by the Hellenic Group of Contemporary Music, an ensemble of the Greek Composers’ Union which performs modern Greek music. Finally, the piece “Spins 1 and 2” for an orchestra ensemble was awarded in the 17th Alea III International Composition Competition of 1999 and was presented in October 1999 at the Tsai Performance Center in Boston under the conduction of Theodore Antoniou. Many of his other works have been either presented in concerts or have been recorded.
His relation with education is very close: he teaches since 1986, at first as a modern guitar instructor, while he teaches advanced theory since 1991. He is also an instructor of Jazz and improvisation.
Mr. Panagiotakis has collaborated with various educational institutions. With “Central Conservatory” from 1996 to 2009 and with “Anagenesis Conservatory” from 1997, while since 2002 he holds the position of art director in “Musical Praxis Conservatory”. From January 2000 until the summer of 2006 he worked as the art director of the musical department of the Cultural Centre of the Municipality of Chaidari. His general artistic supervision included the Mixed Choir for four voices, the Vocal Chamber Ensemble, the Woodwind Orchestra, Chamber Music Ensembles, as well as the courses curriculum for students and professors active in the Music Department. Furthermore, he had the art direction in various events, concerts etc that the Music Department organized during this specific period. From 2005 until the summer of 2012 he cooperated with the University of West London L.C.M. (London College of Music) and R.G.T. (Registry of Guitar Tutors) as the representative of the examination system of these British institutions in Greece.
In September 2011 he conceived the idea of “Music is…“
He is a member of the Greek Composers’ Union since 2004.