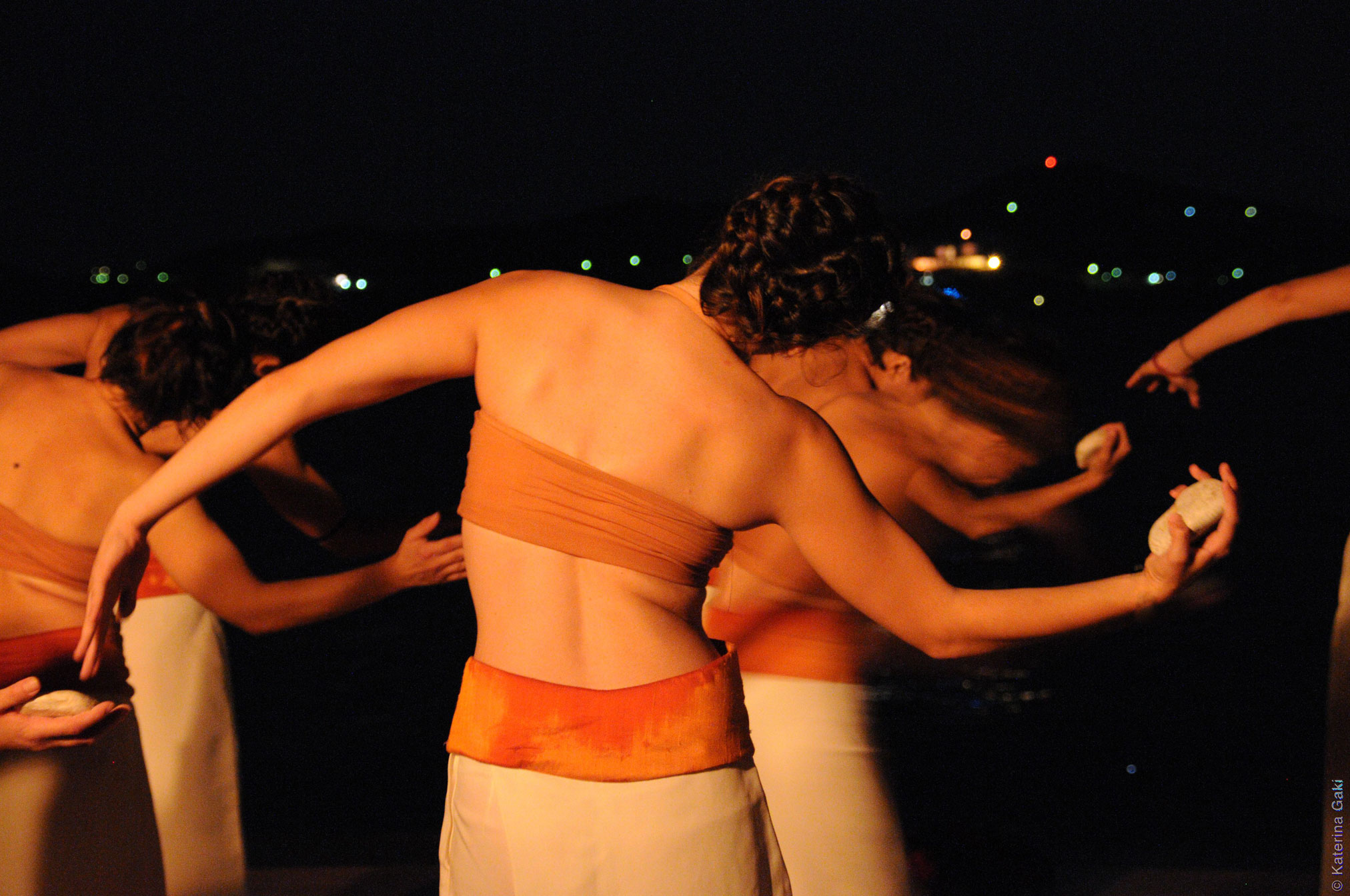 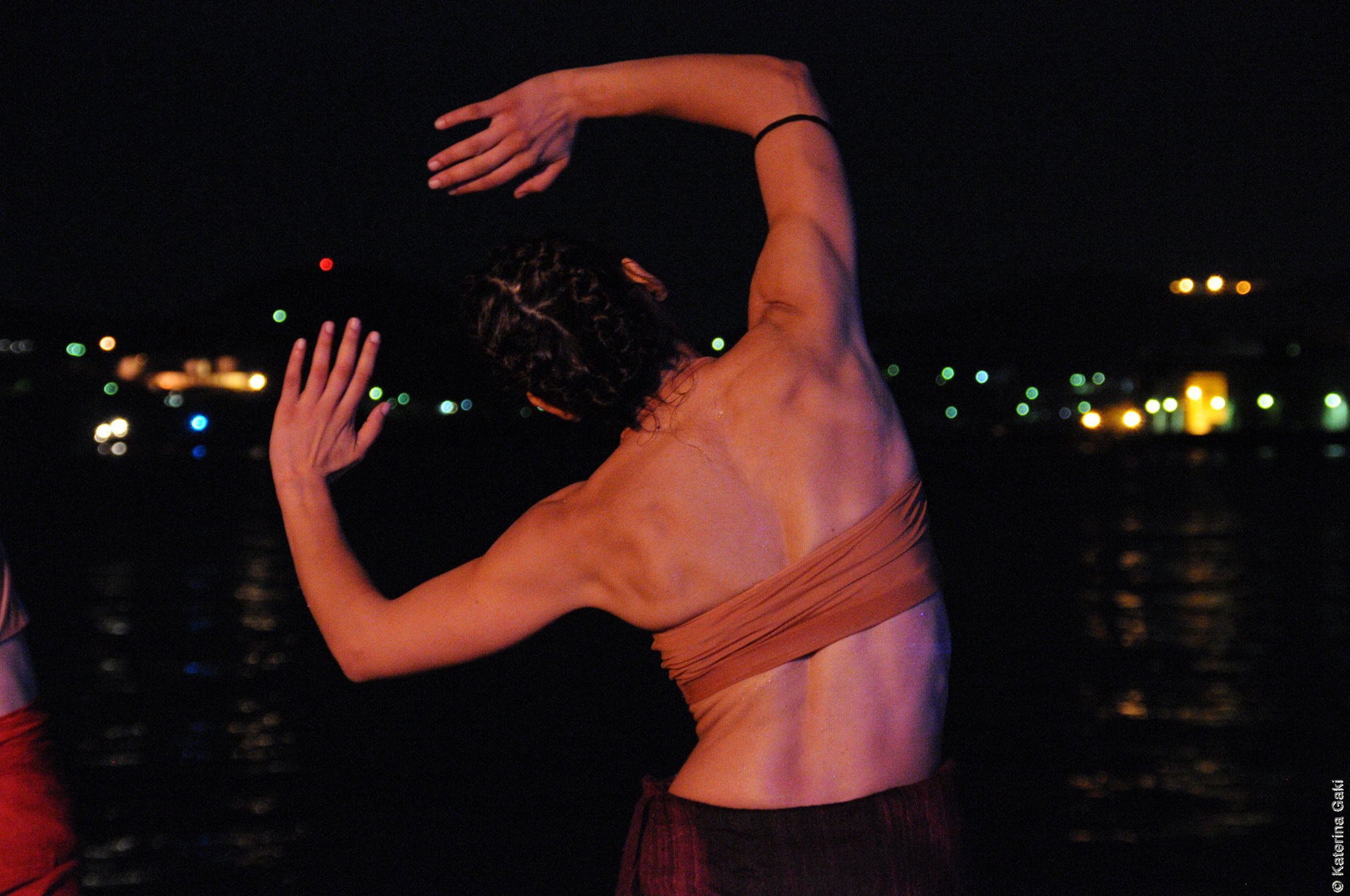 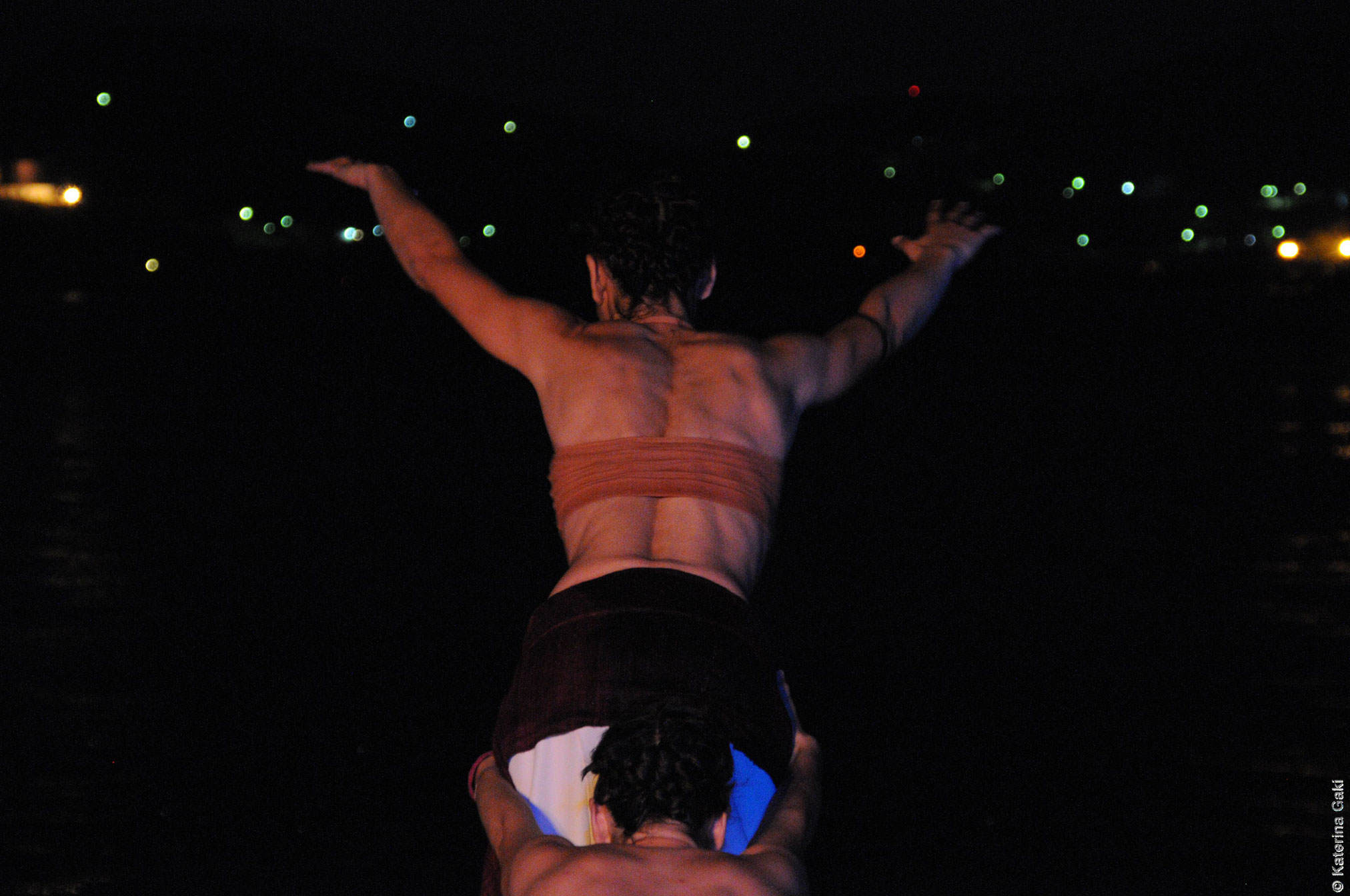 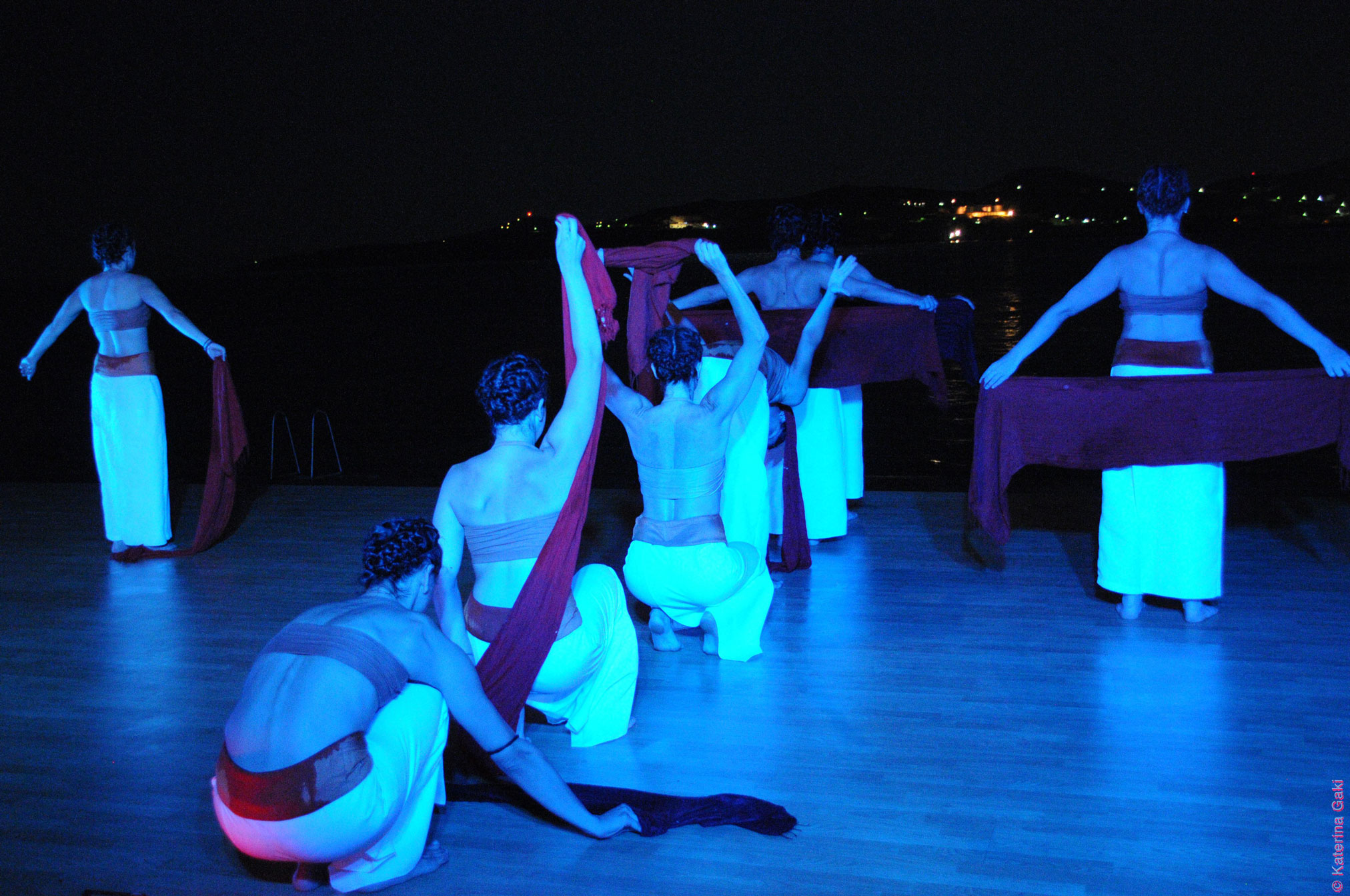 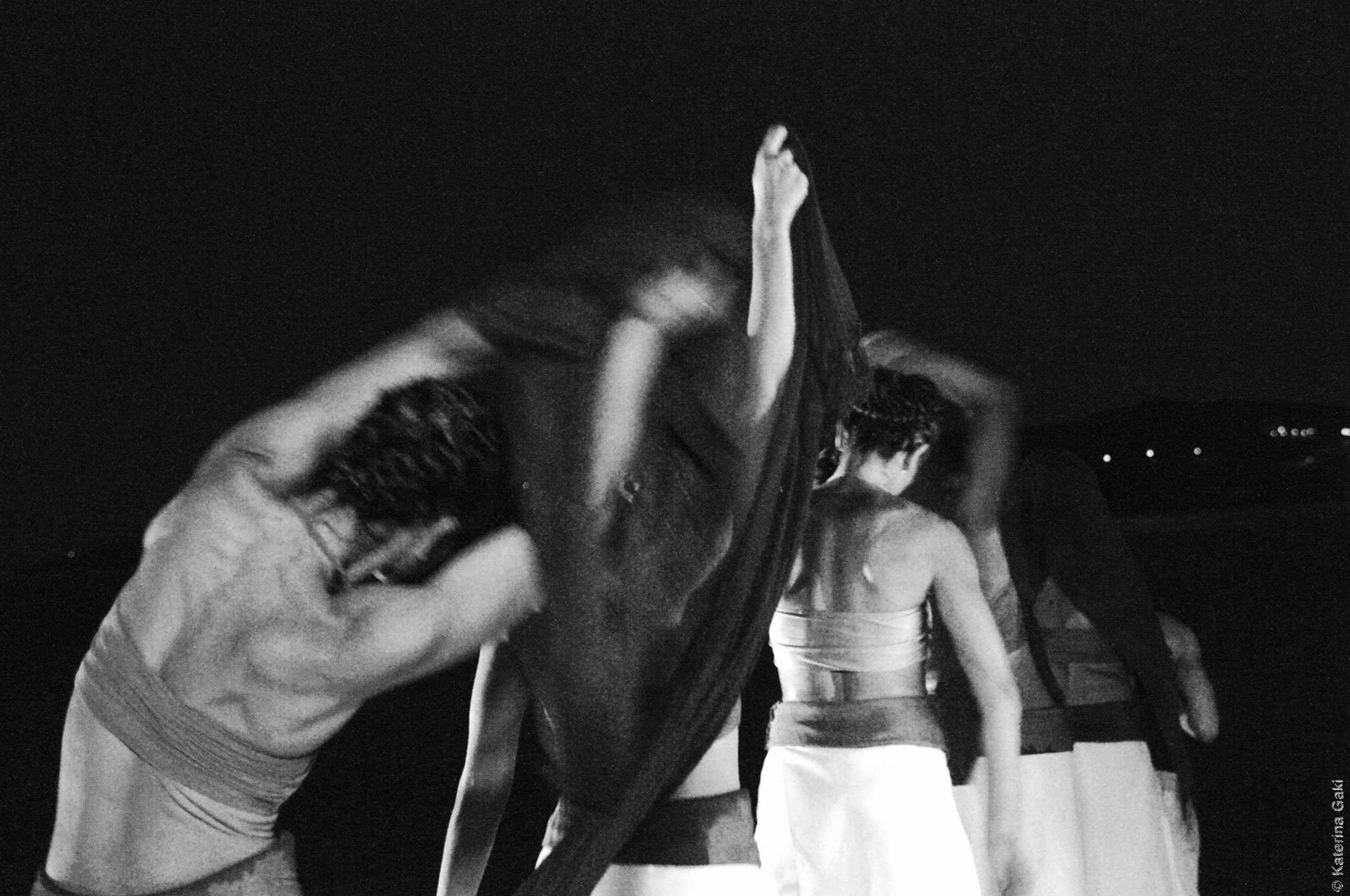 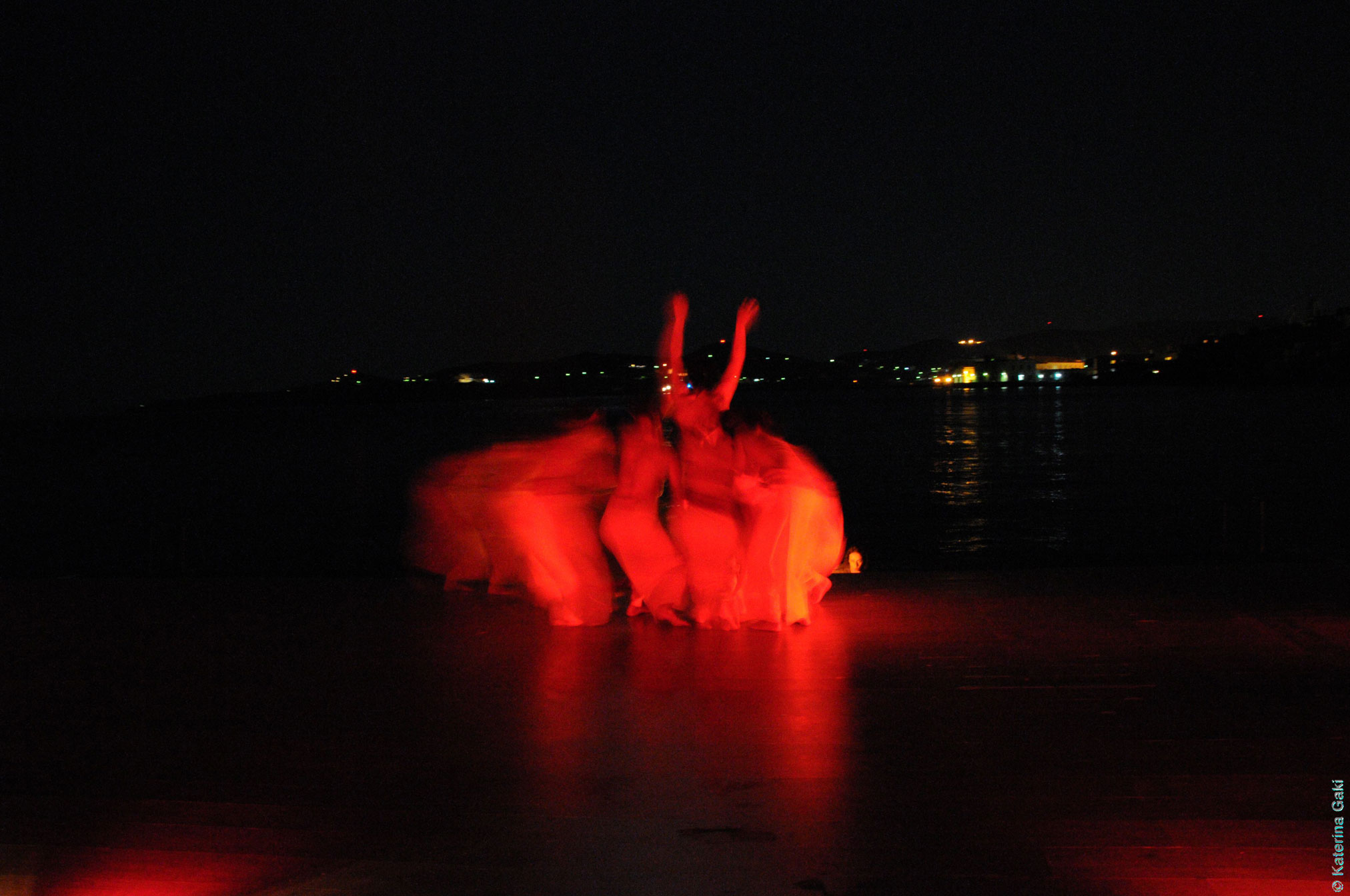 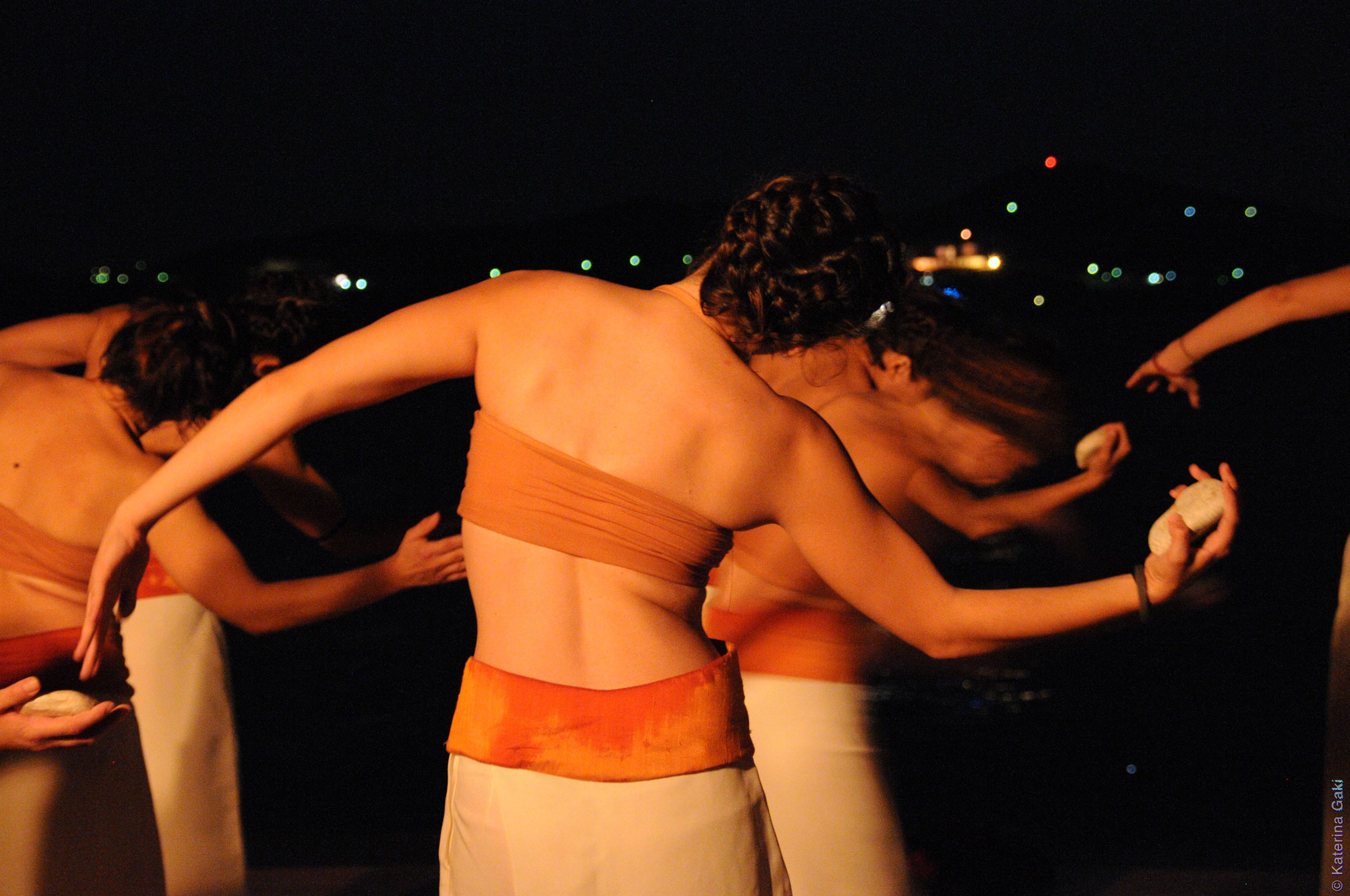 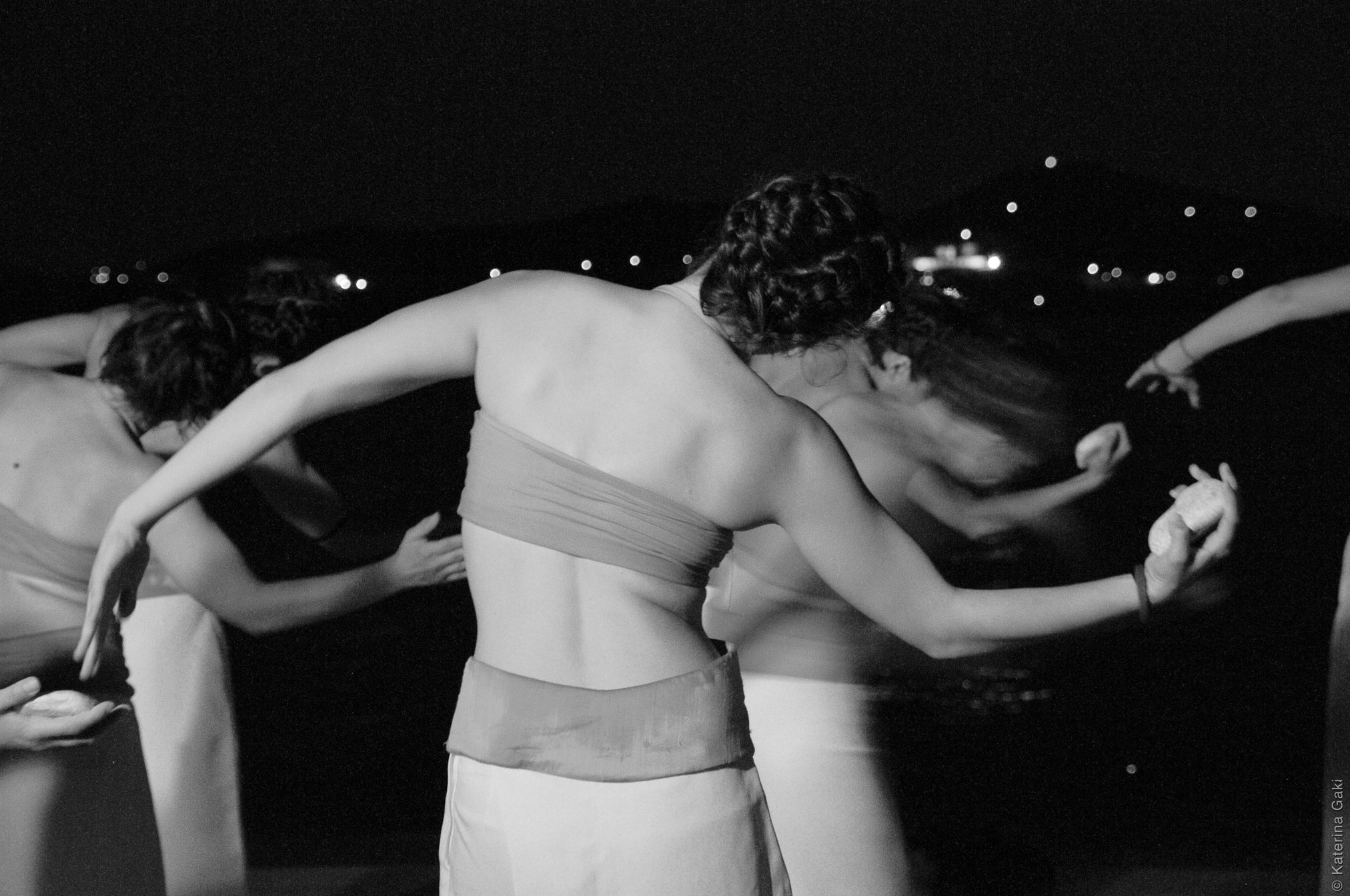 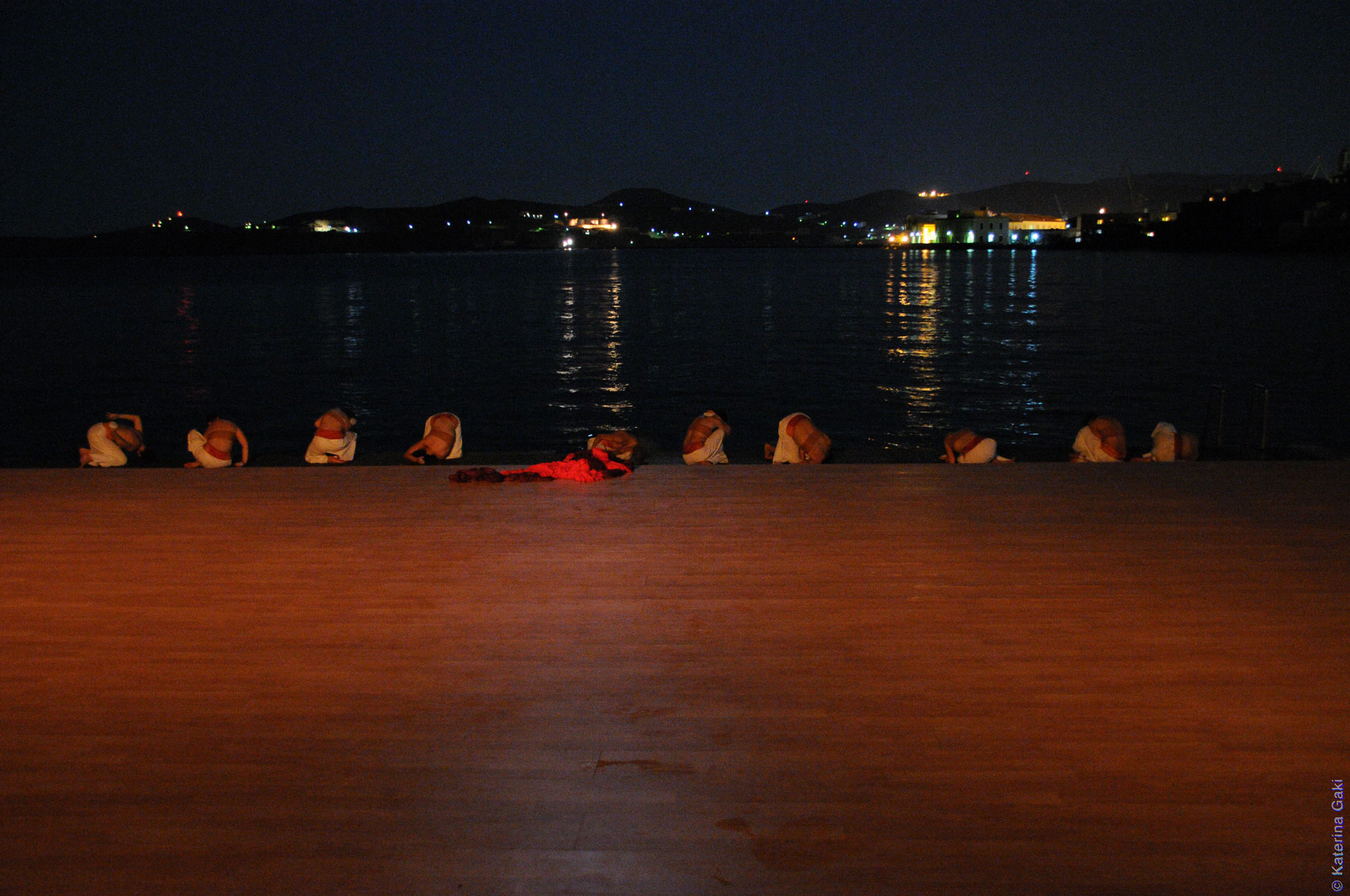 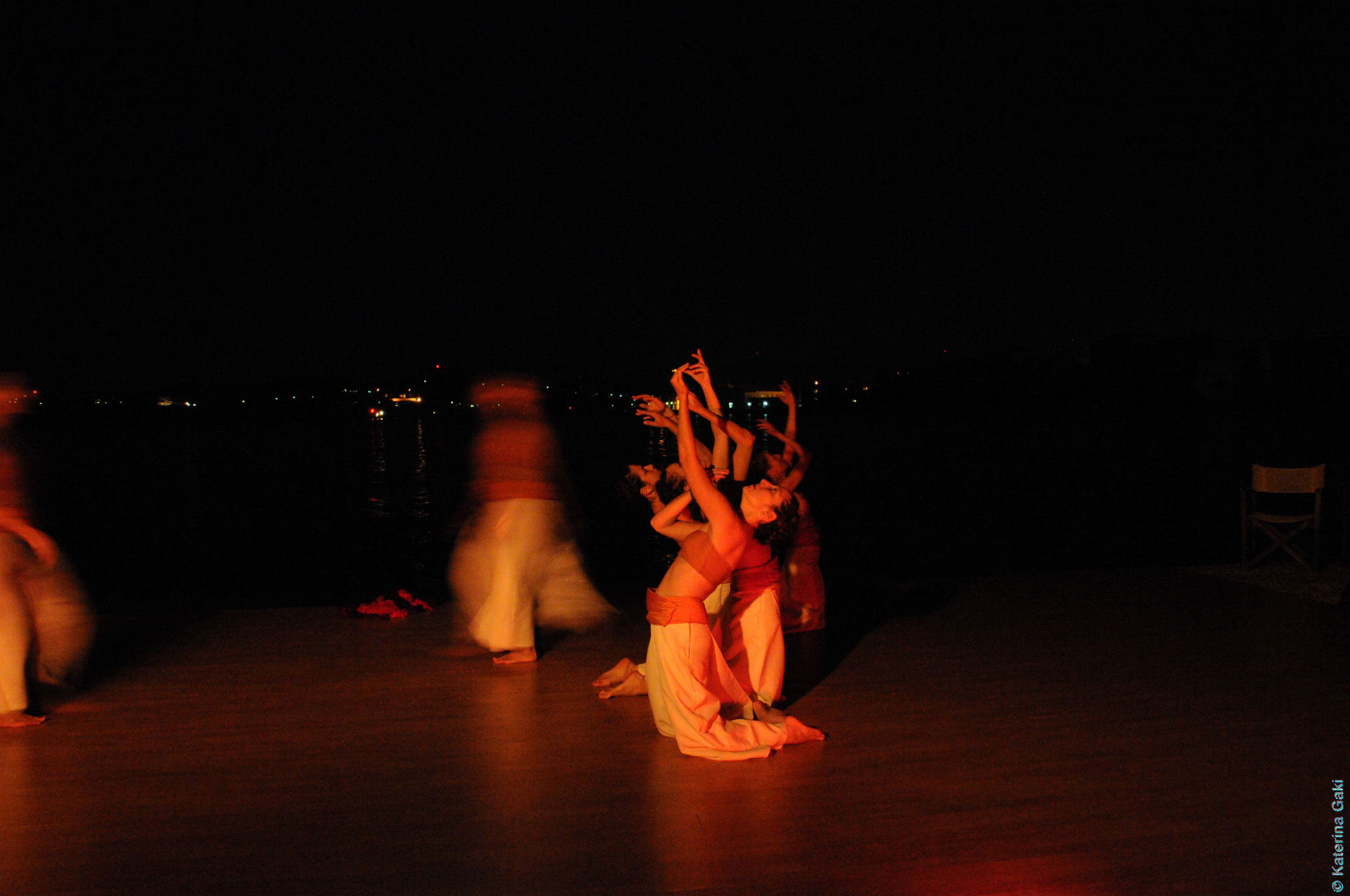 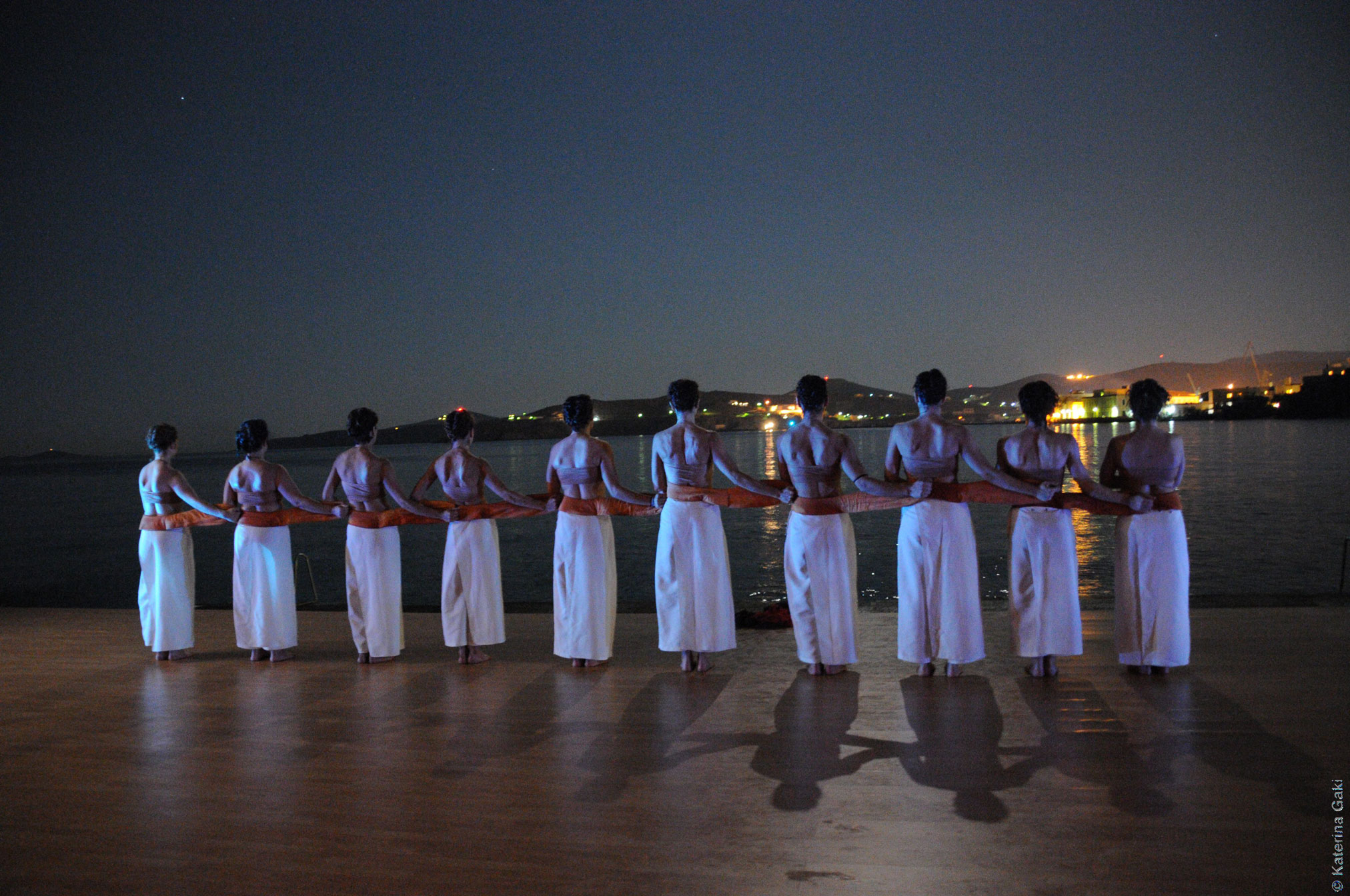 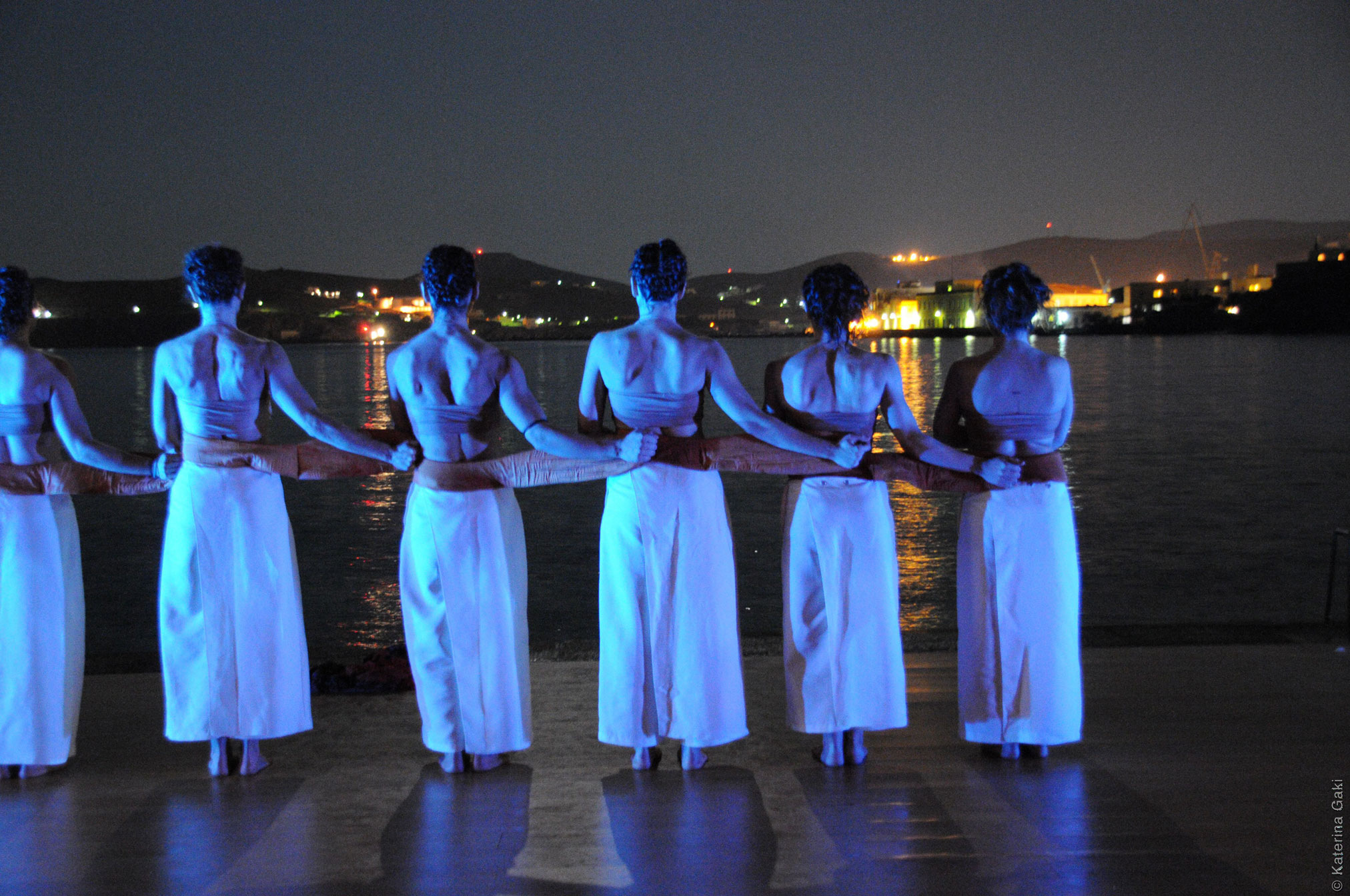 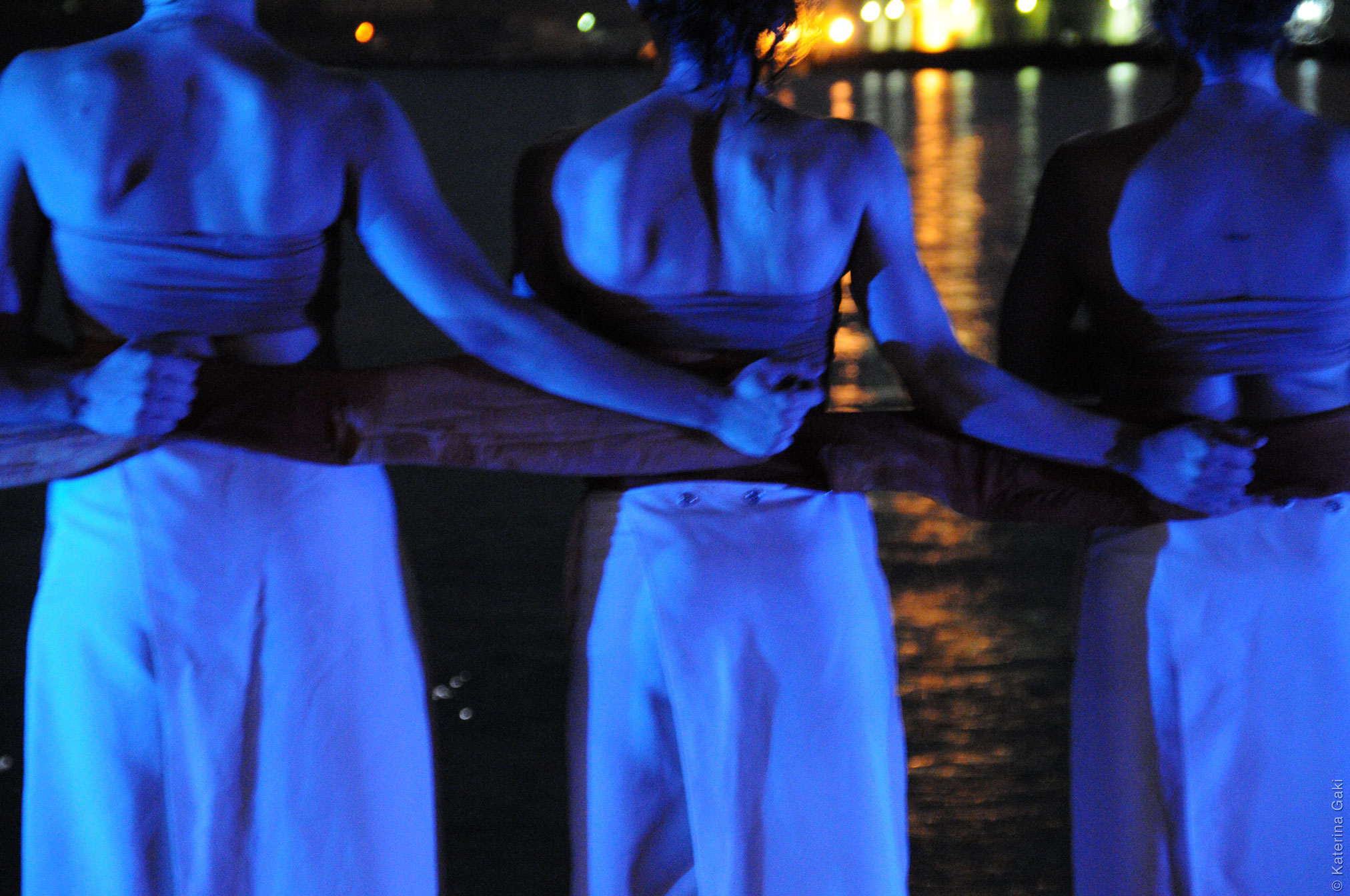 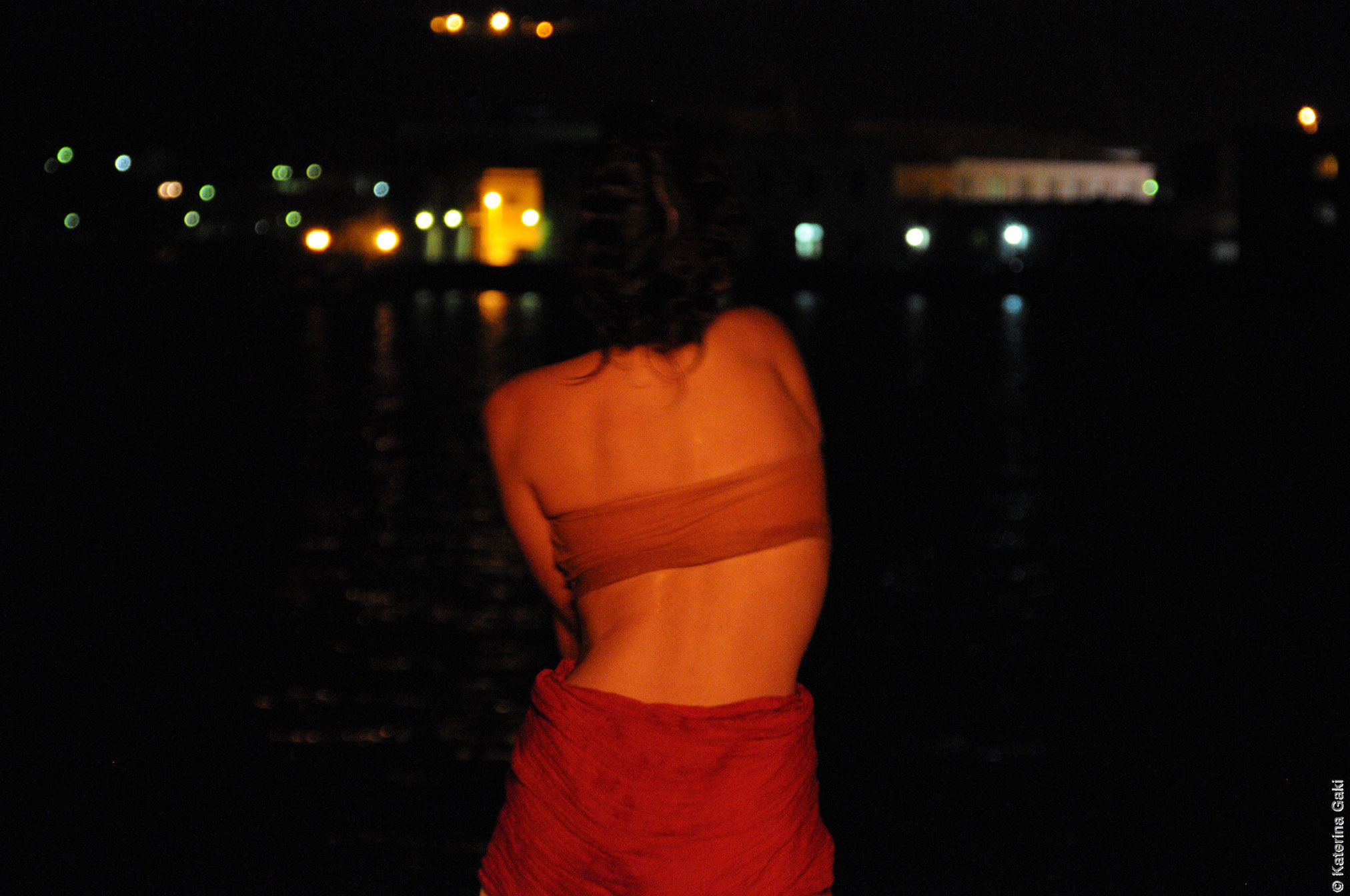 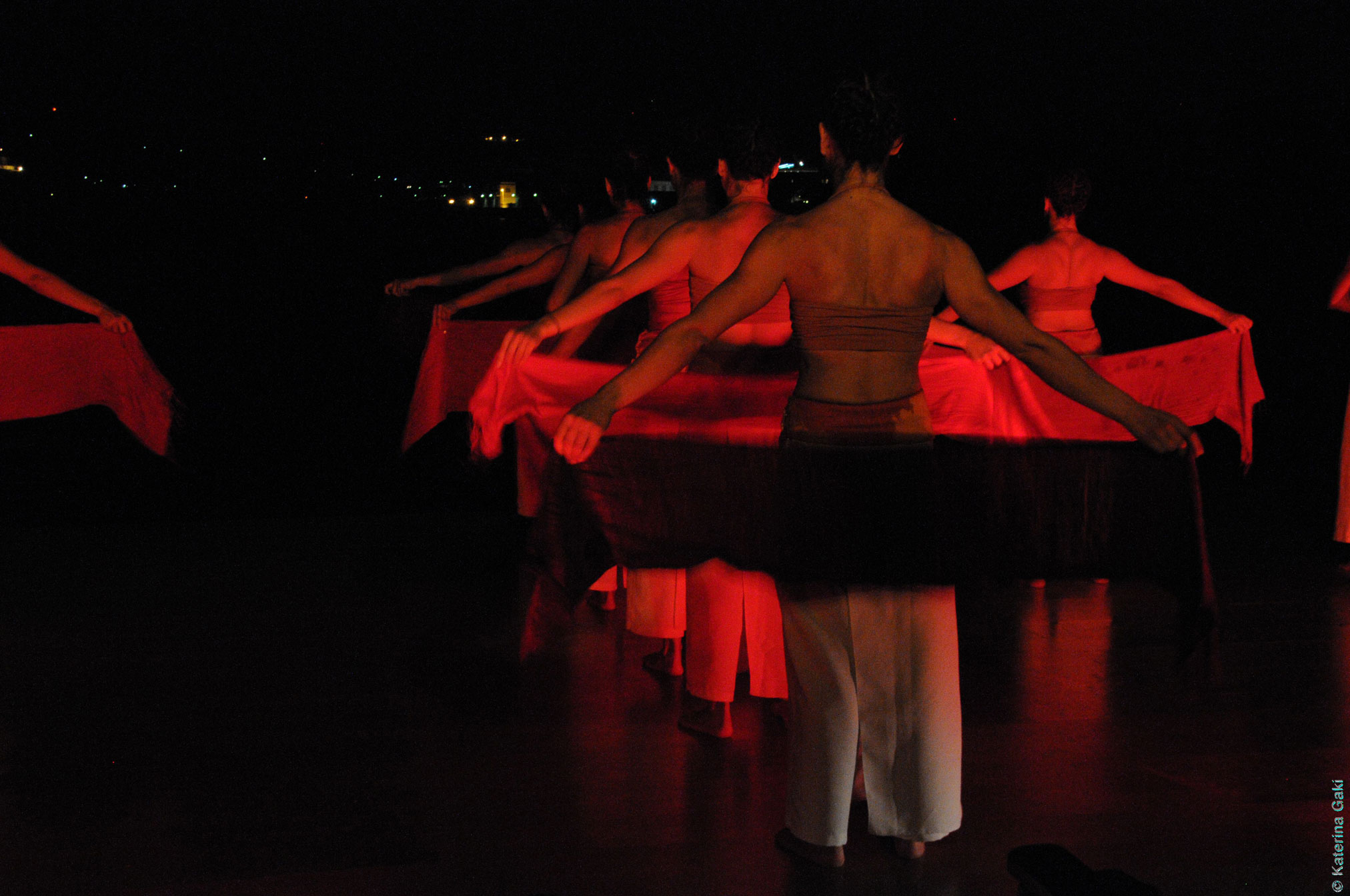 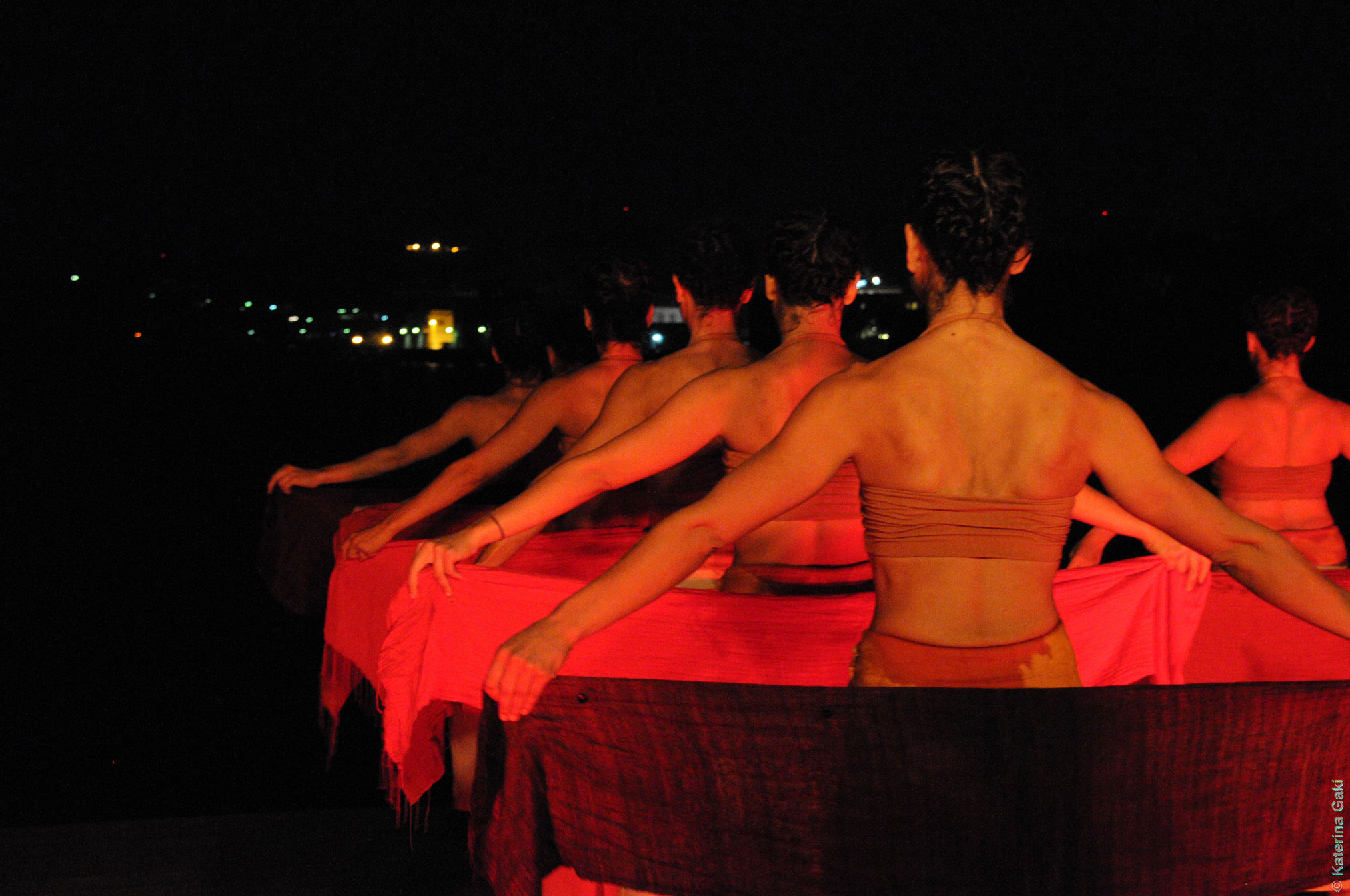 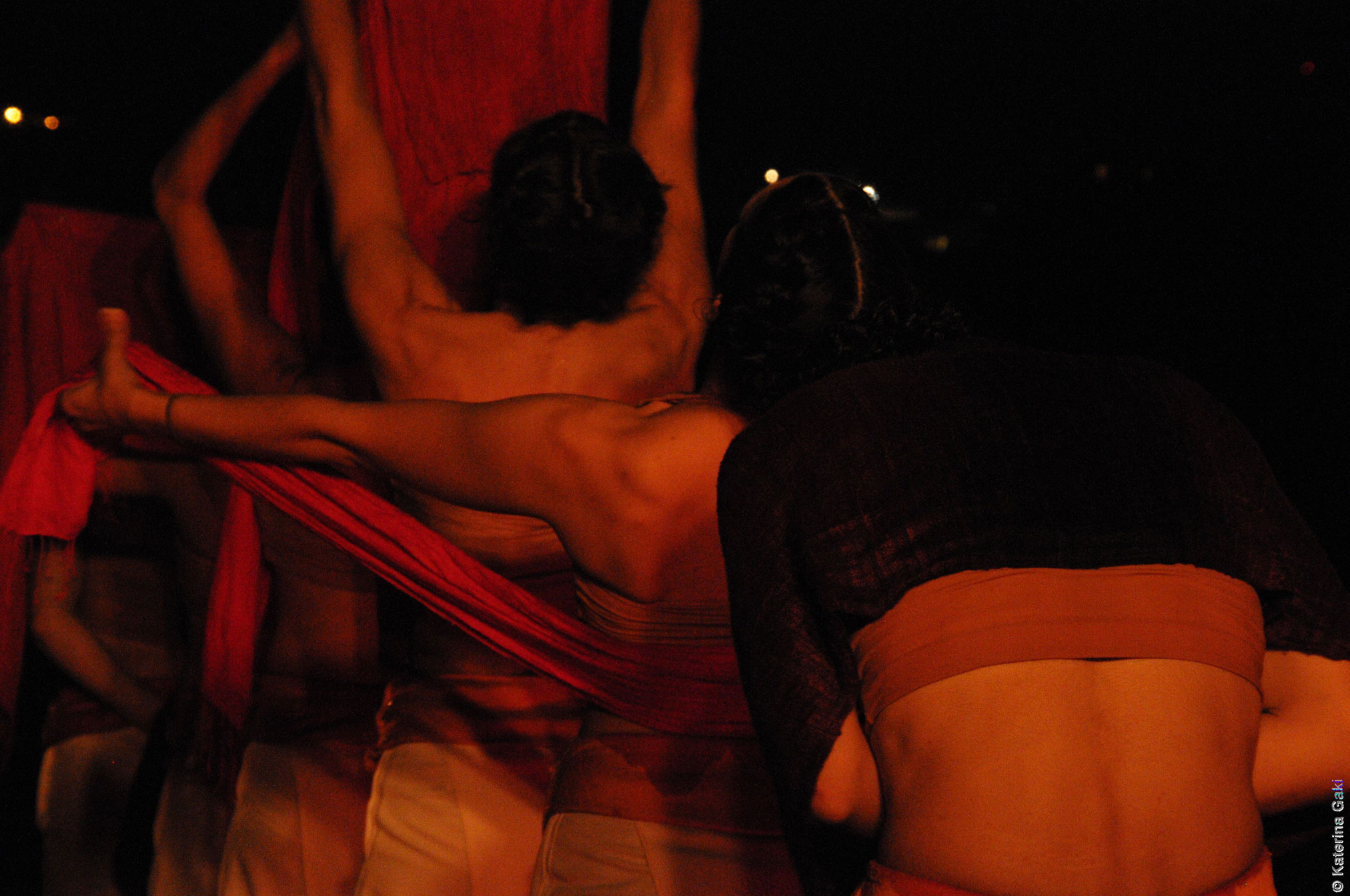 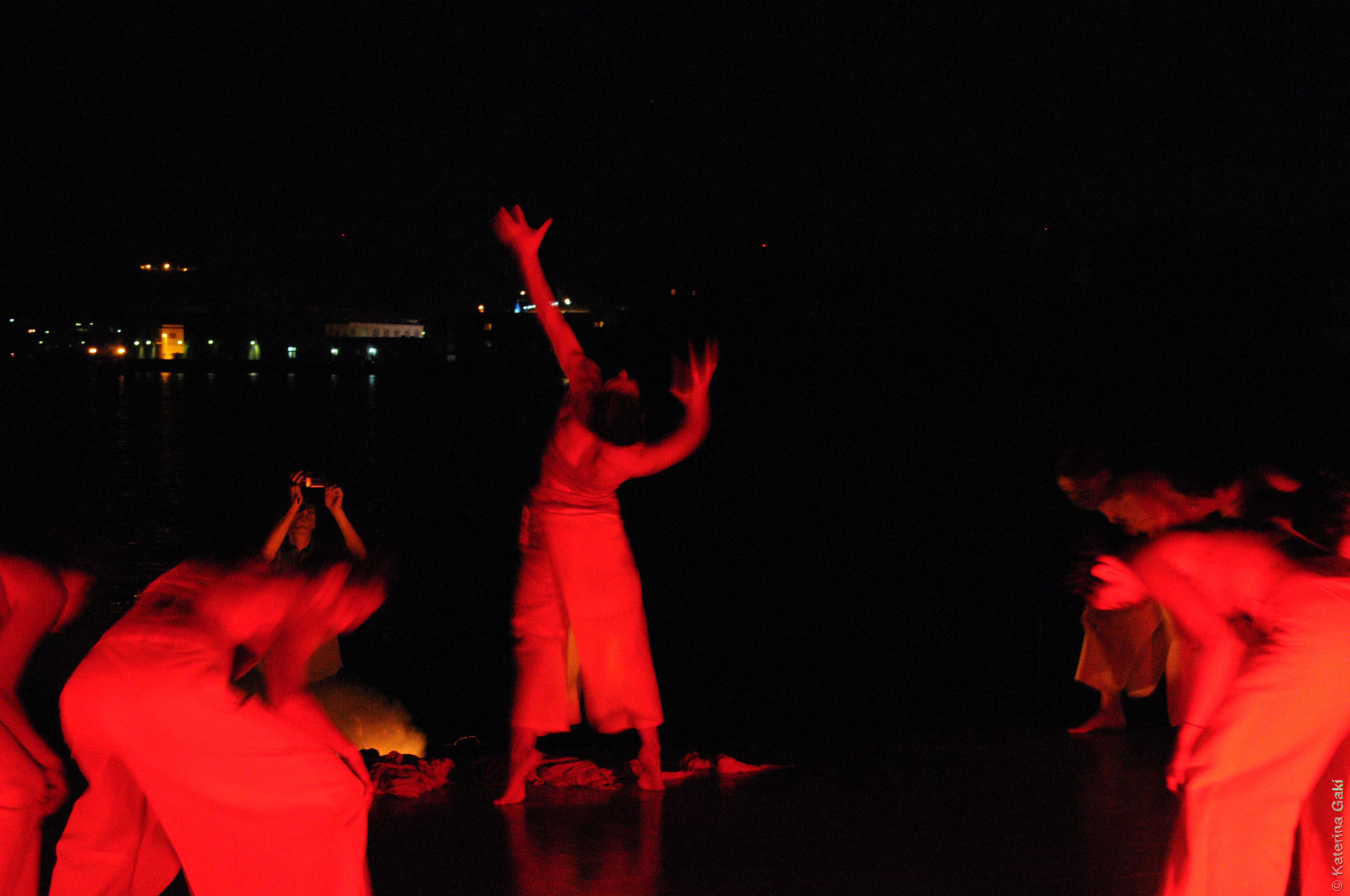 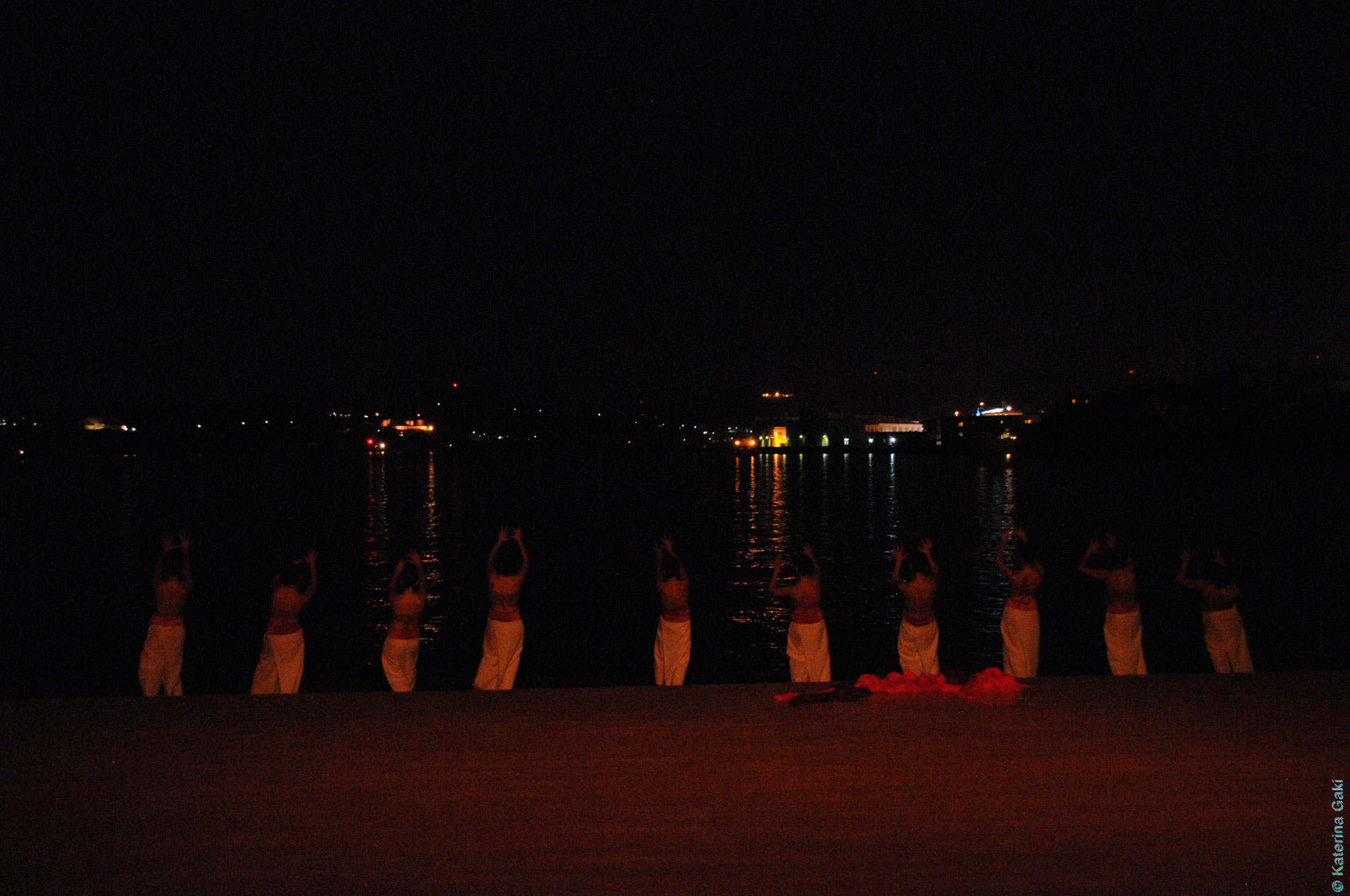 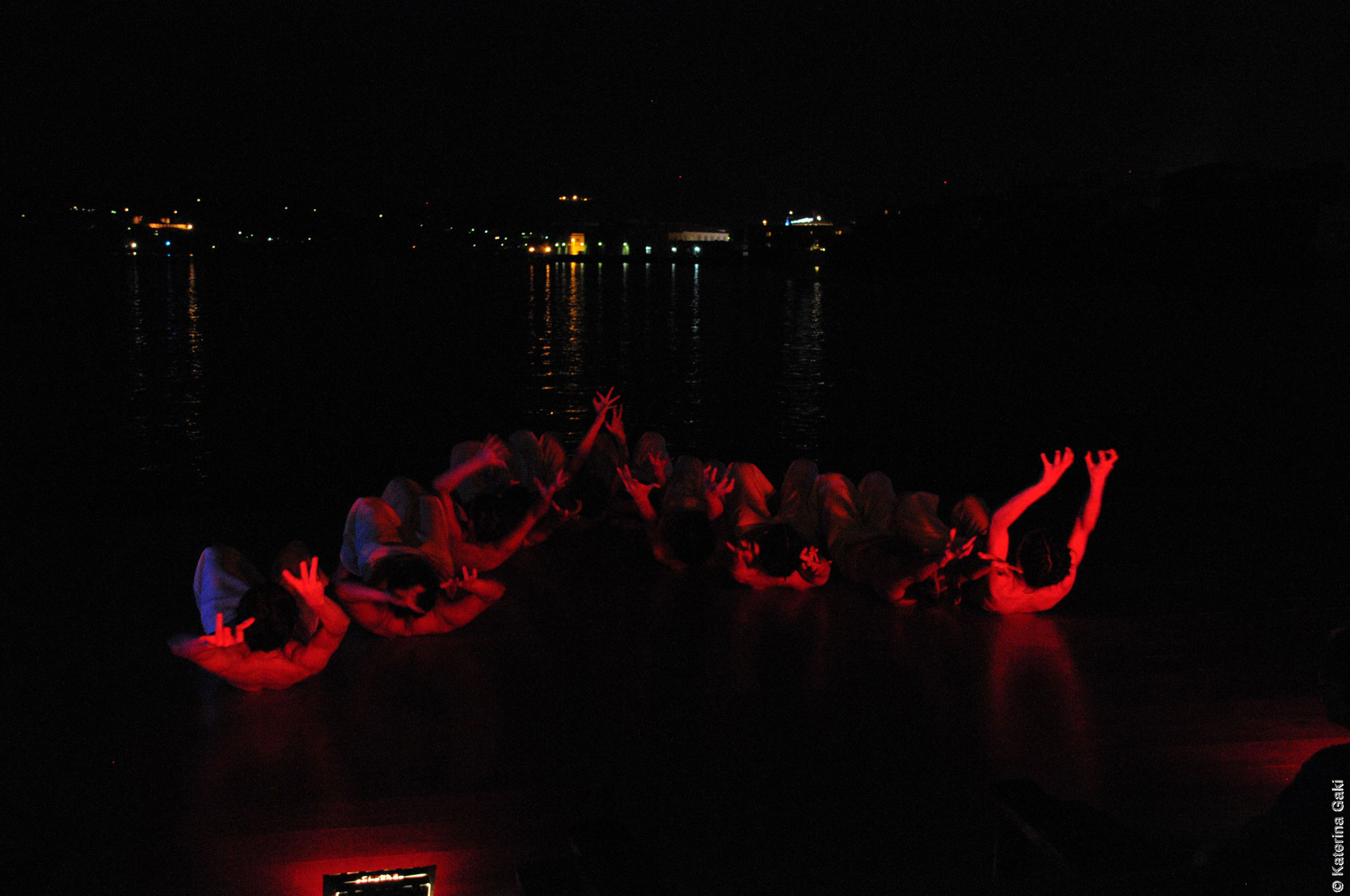 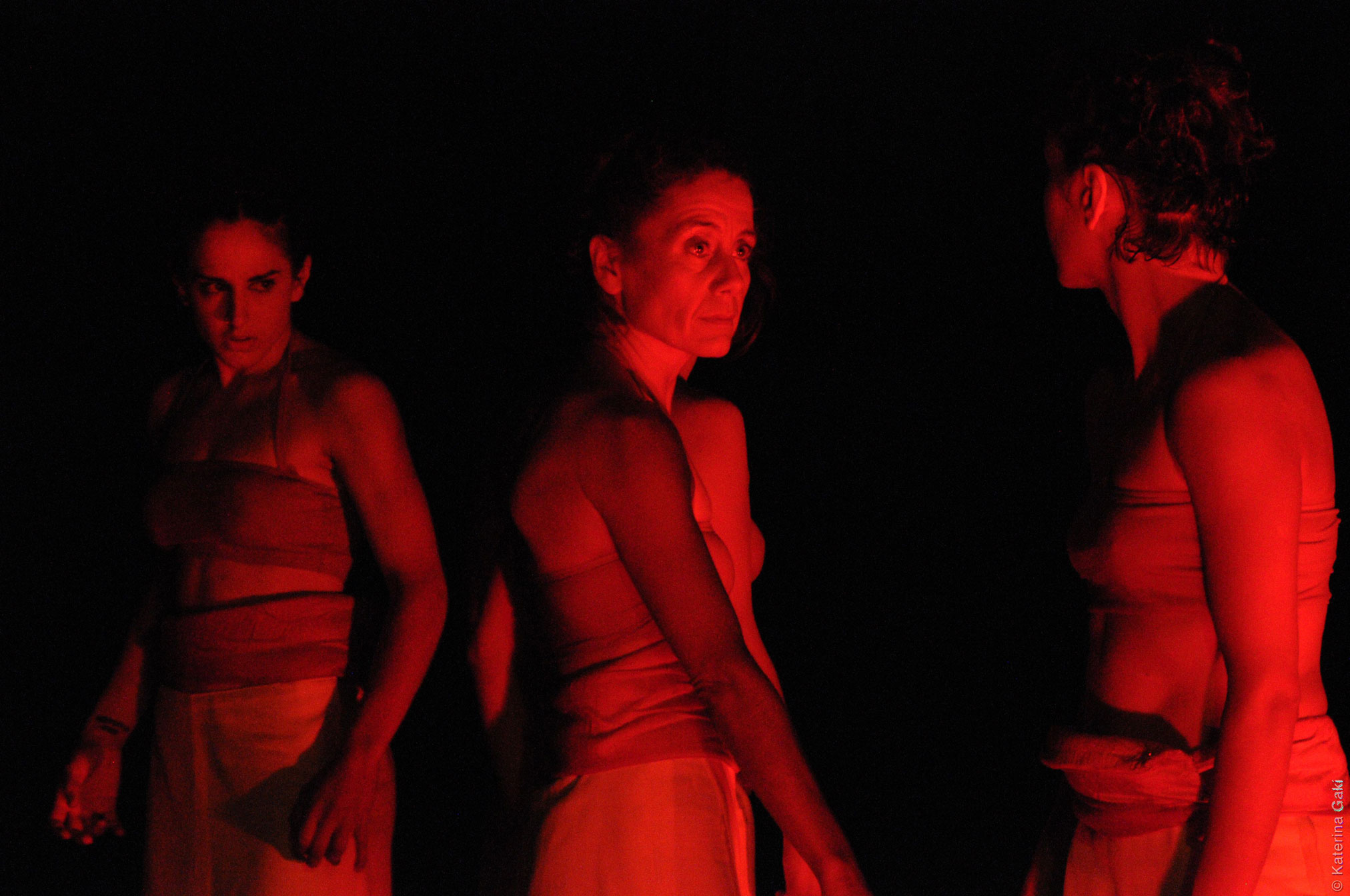 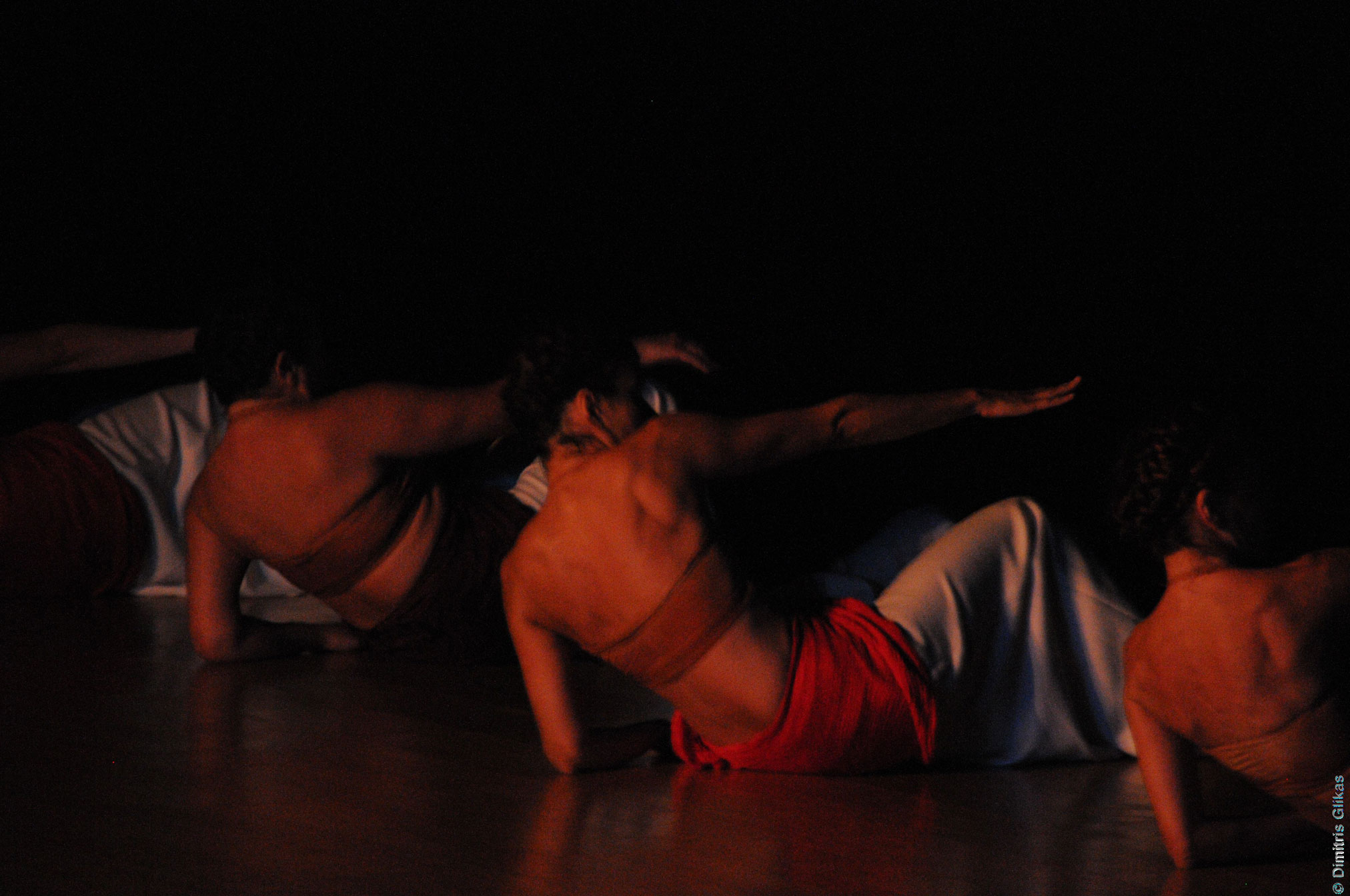 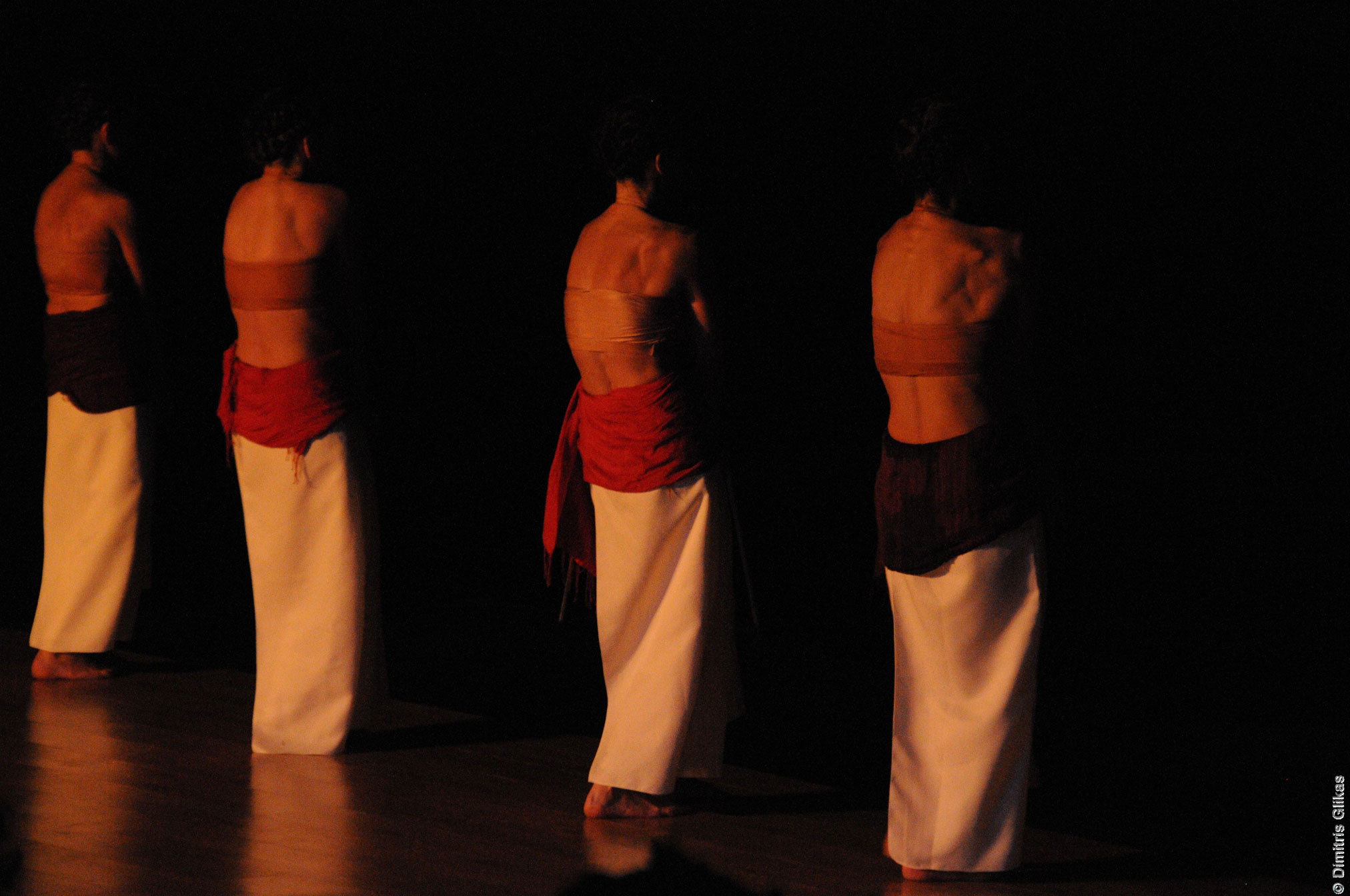 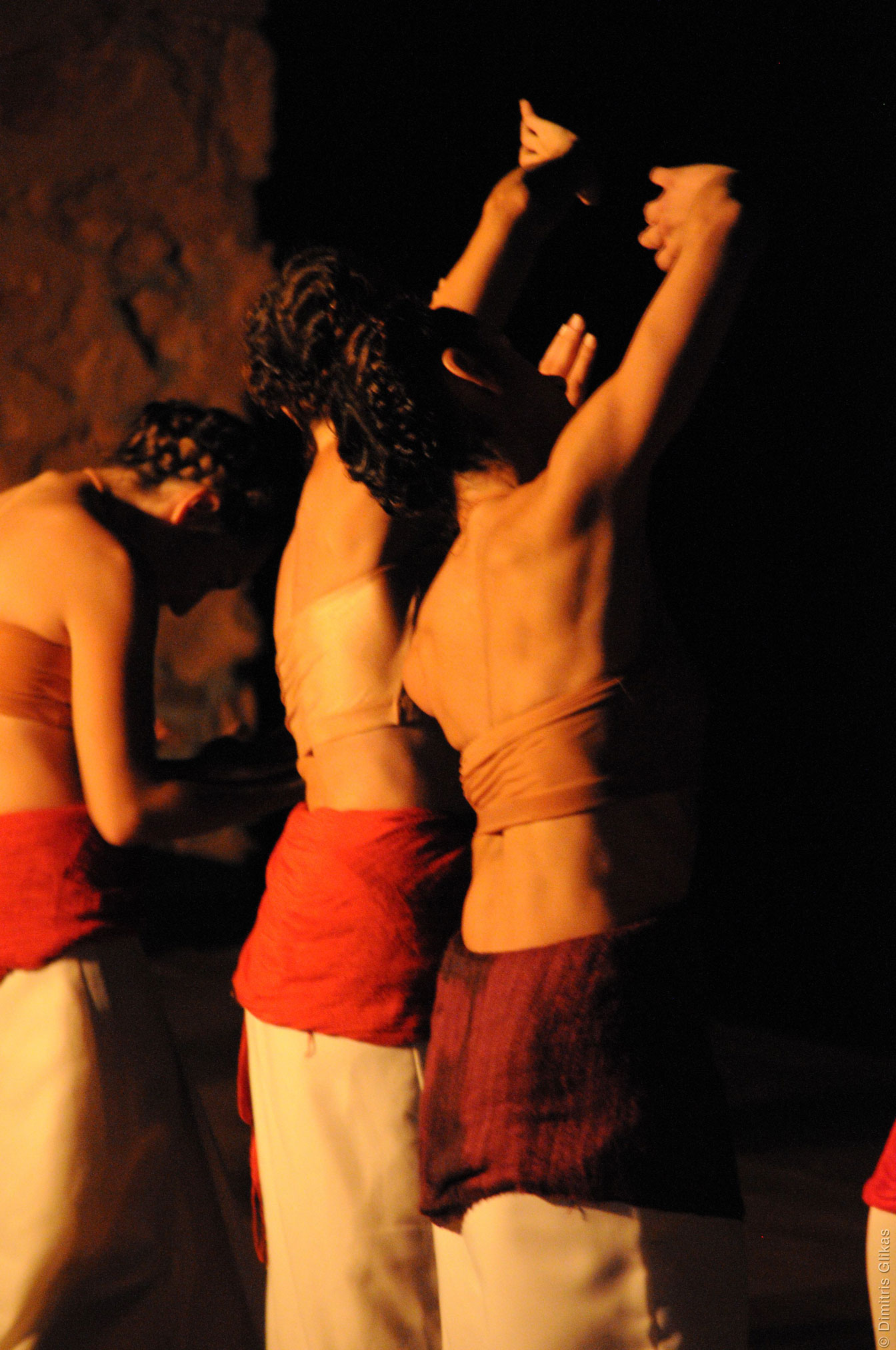 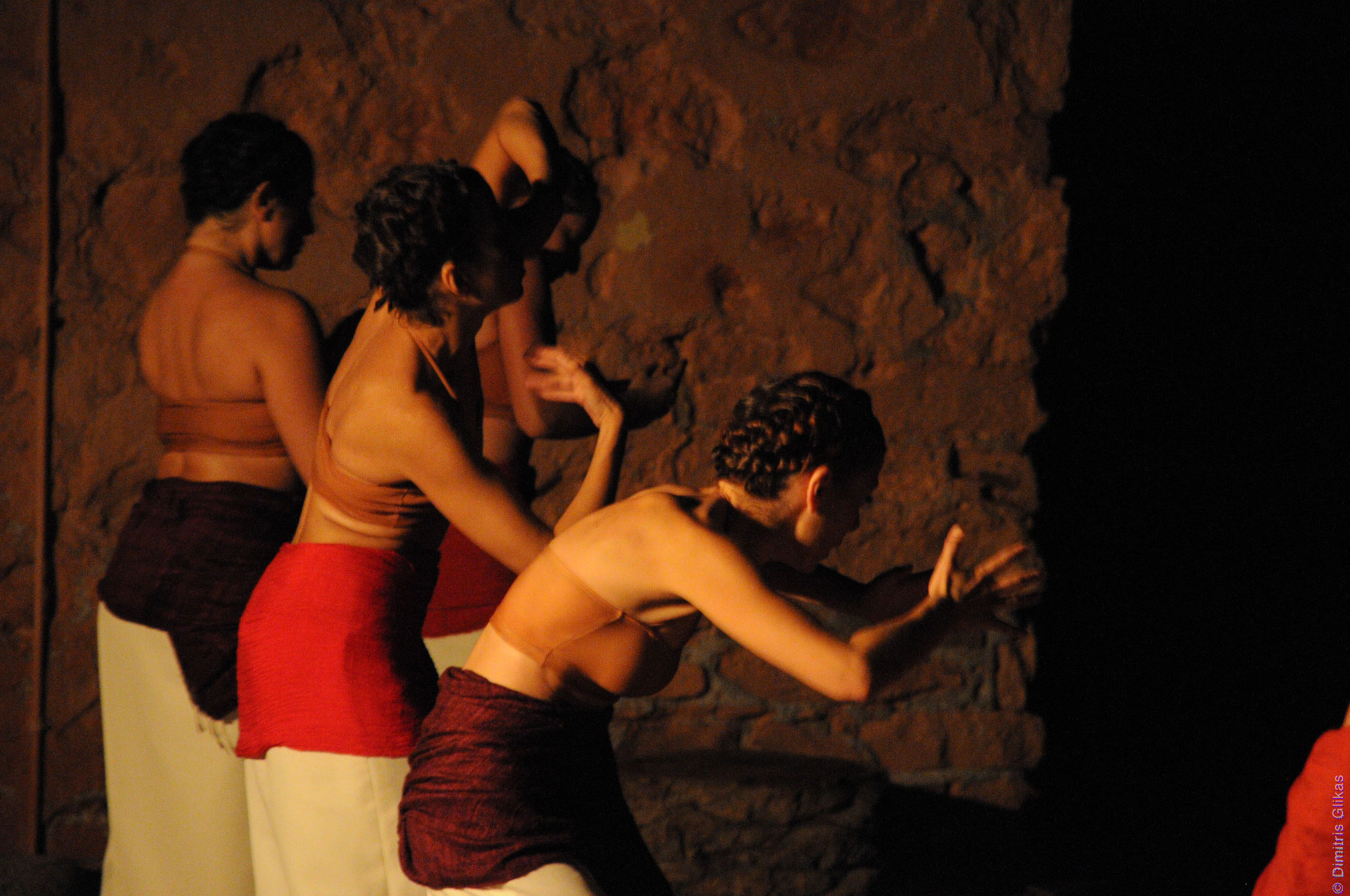 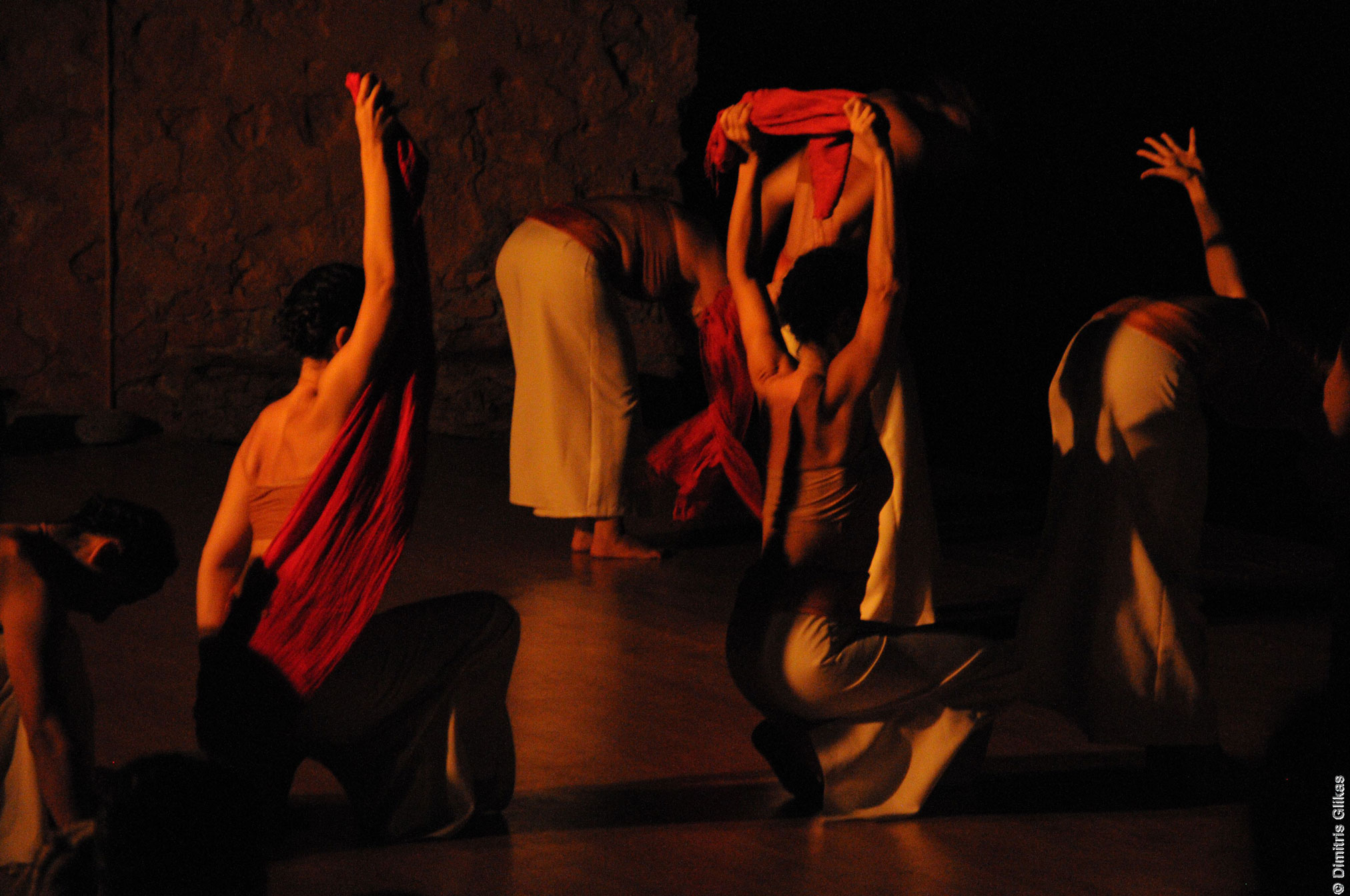 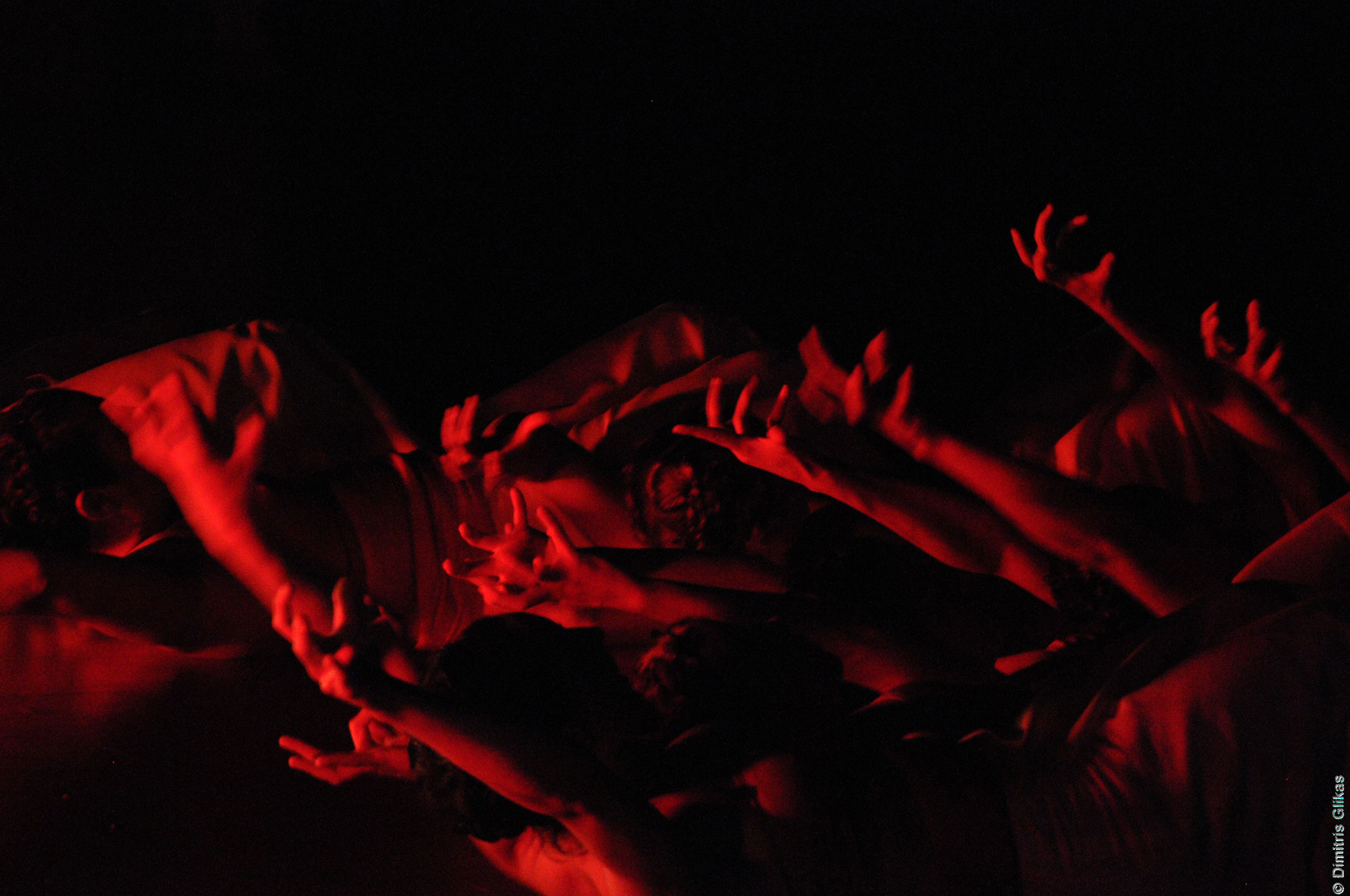 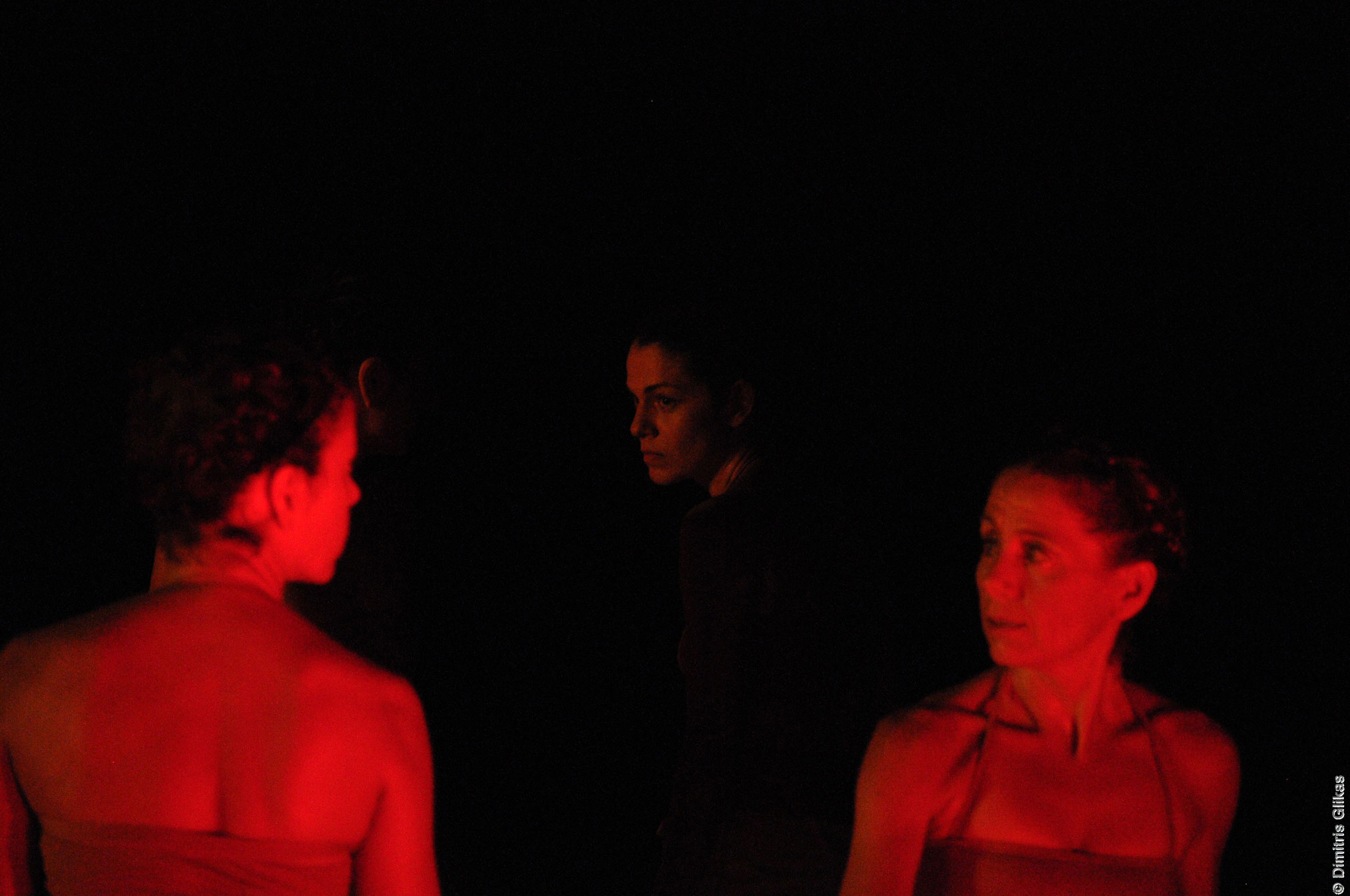 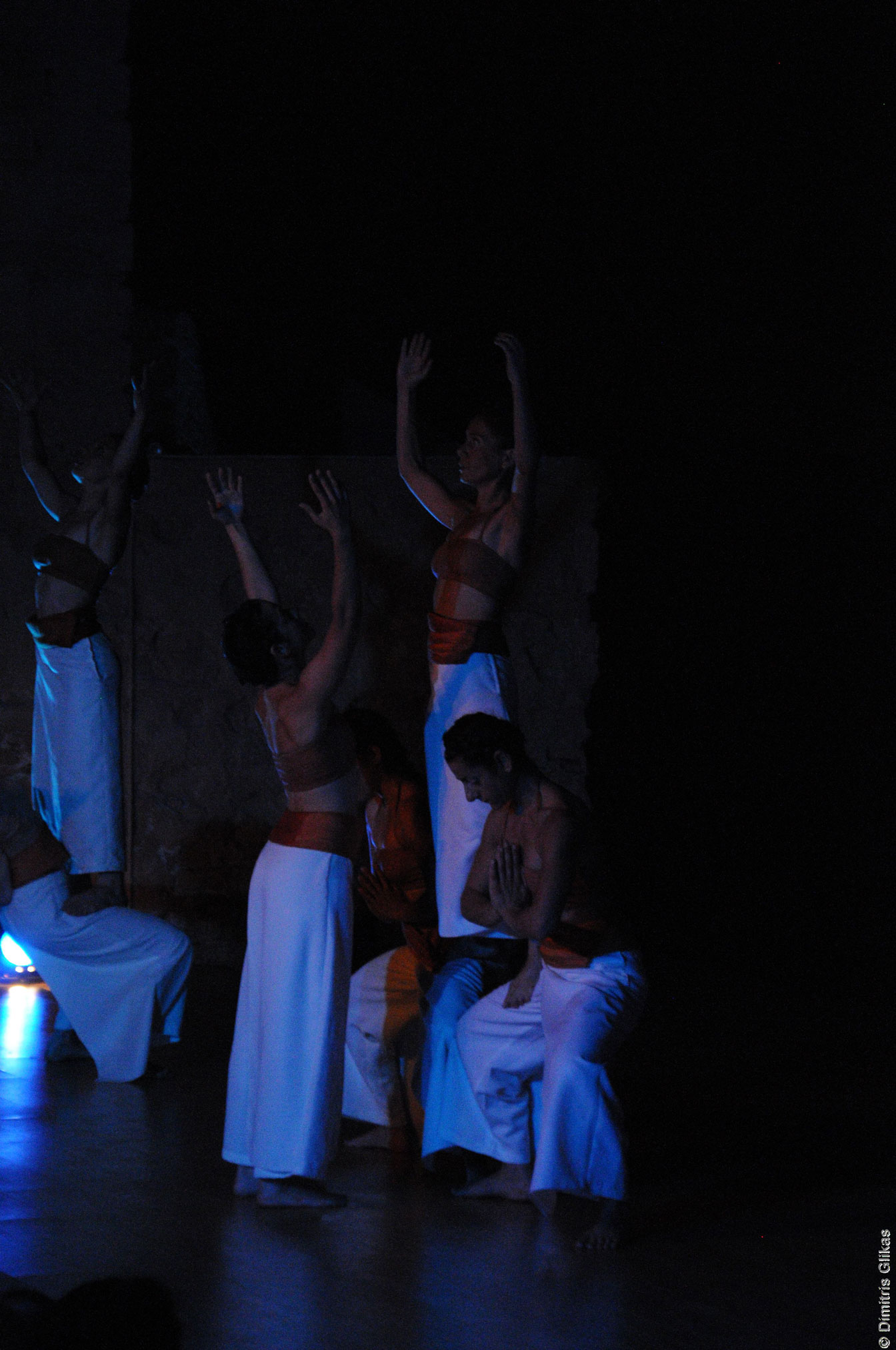 The outcome of our exploring the very beginning, the evolution and the process of prayer through the religions of the world.

The performance is consisted of seven parts: 1. Birth 2.Preparation 3. Prayer 4. Stones 5. Fear 6. Spreading 7. Union. Beginning from the mythological birth and the creation of the world in the water, man starts to look for ways to «address» one or more superior authorities or supernatural powers. They discover, devise and define sacred symbols and numbers, they prepare for their initiation and communication with the Divine using specific garments and objects, they come all the way from the ritual dance of a collective prayer to the inner, personal plea, uttering petitions or remaining silent. They come close to nature and develop a deep connection to particular parts, such as stones, to which they assign significant qualities; And then, they stand in awesome silence in front of nature’s elements and make them divine. They are seized by fear of their very existence, of themselves and the different, the strange; they transmit their beliefs, as eventually happens with religion itself and its spreading from one to another. They seek to unite with Divinity; they need their union with nature, with the other. And, as the very last hope, they pursue their union with their own existence, which will mean the end of the constant conflict and agony inside them.

After a two-year research on the ritual habits and the ritual moves and gestures of prayer in religions of the world, PRAYER – Part 1 was presented as a first approach of a project which was continued during the following year.