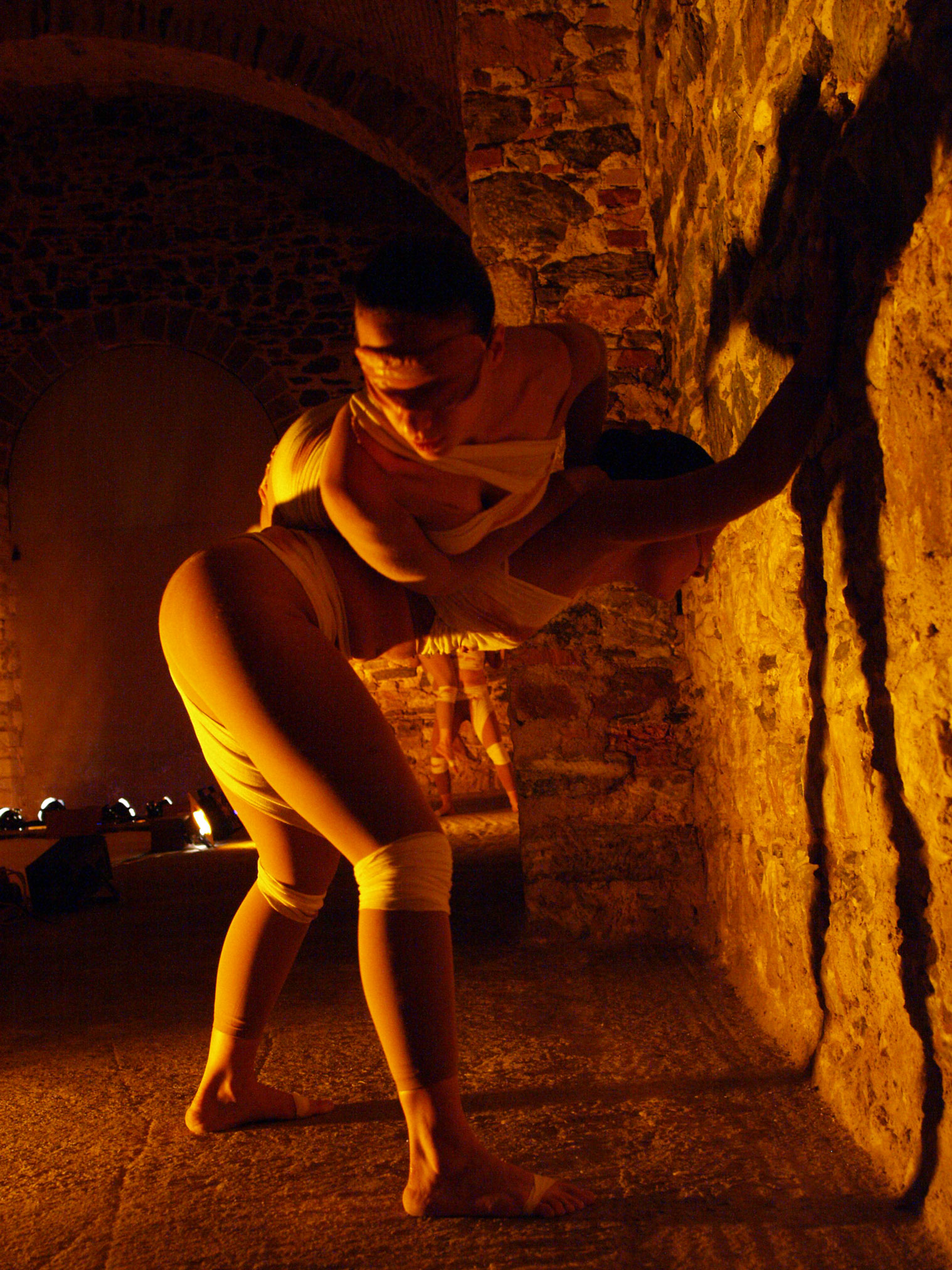 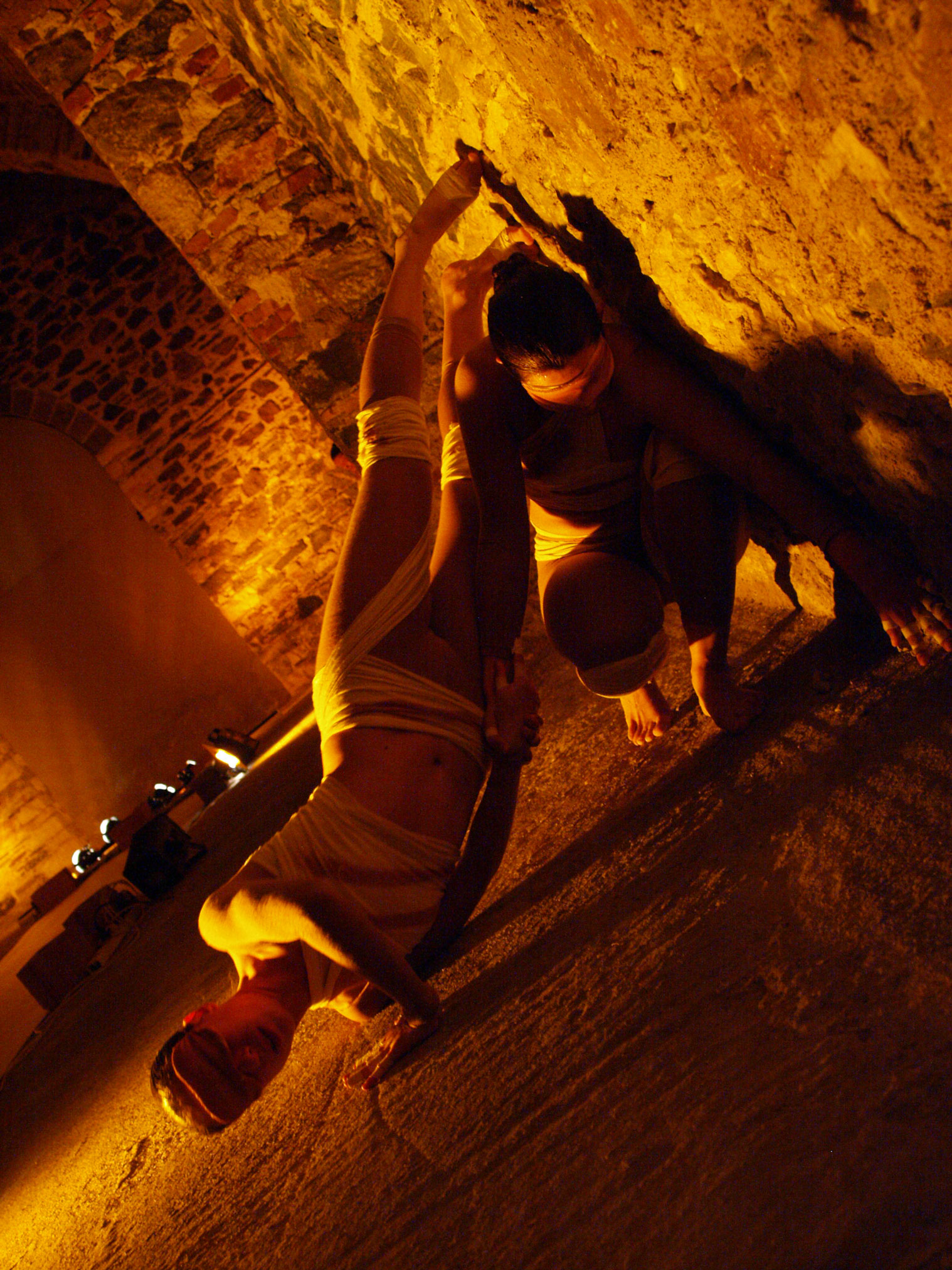 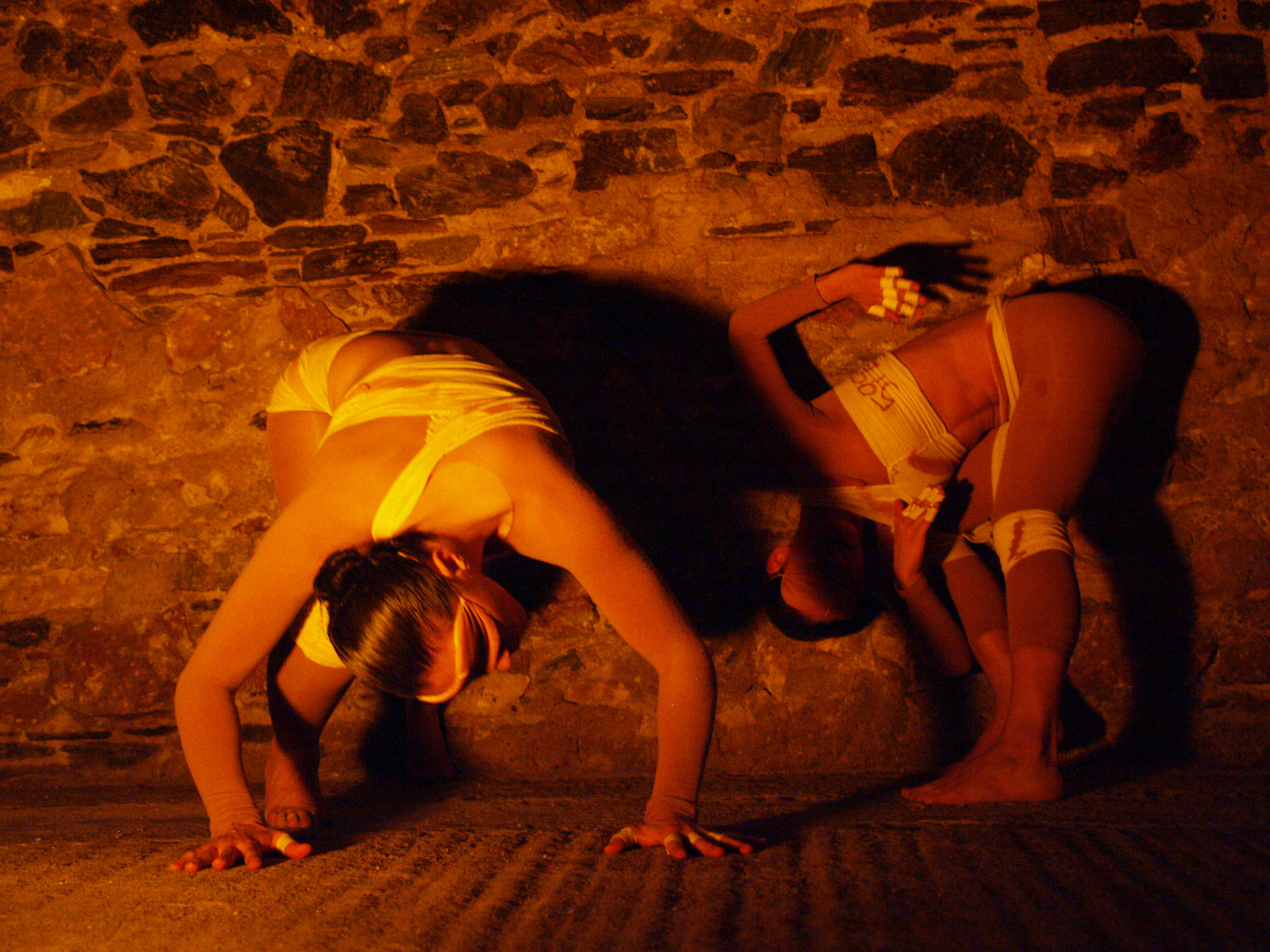 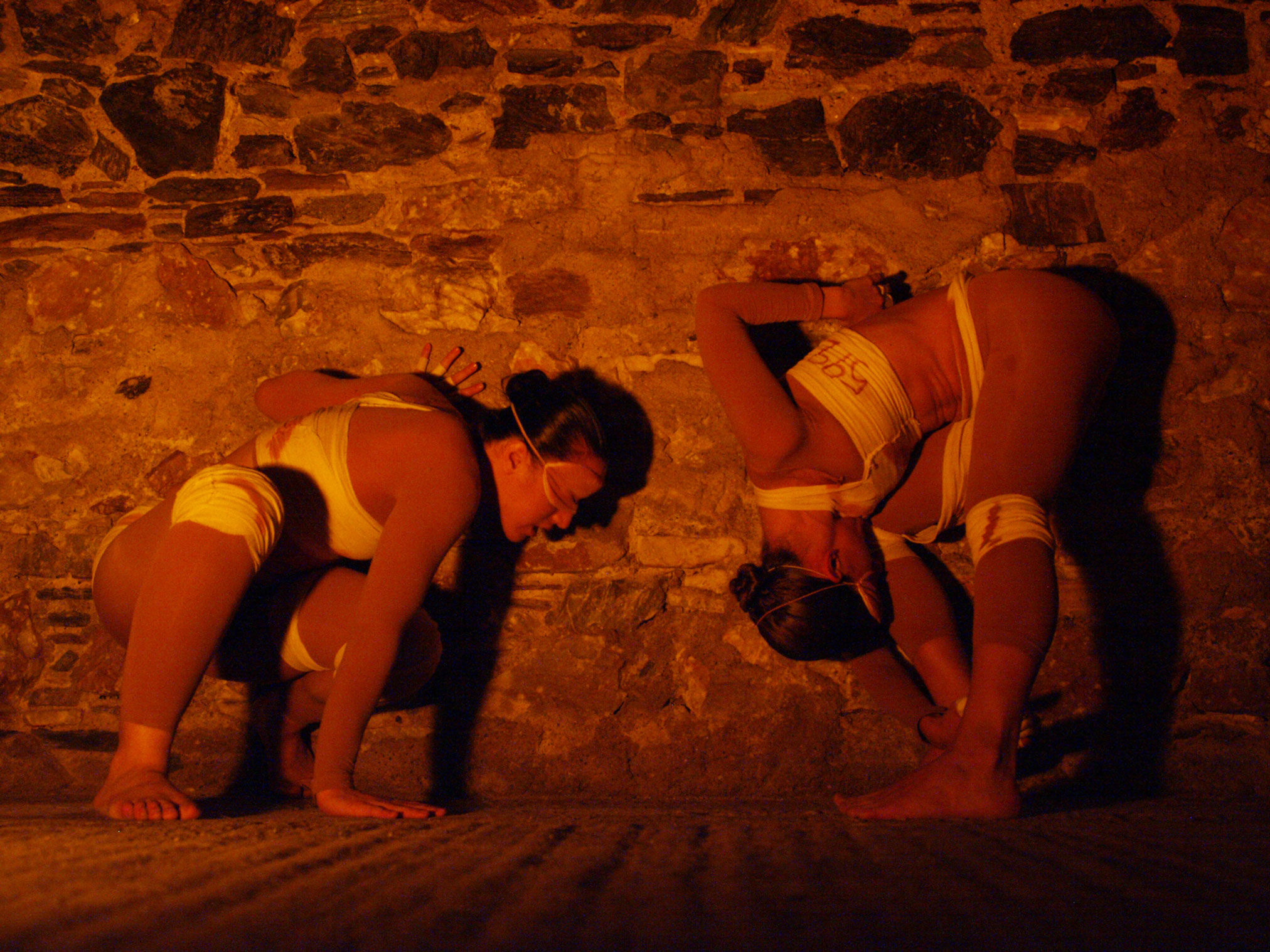 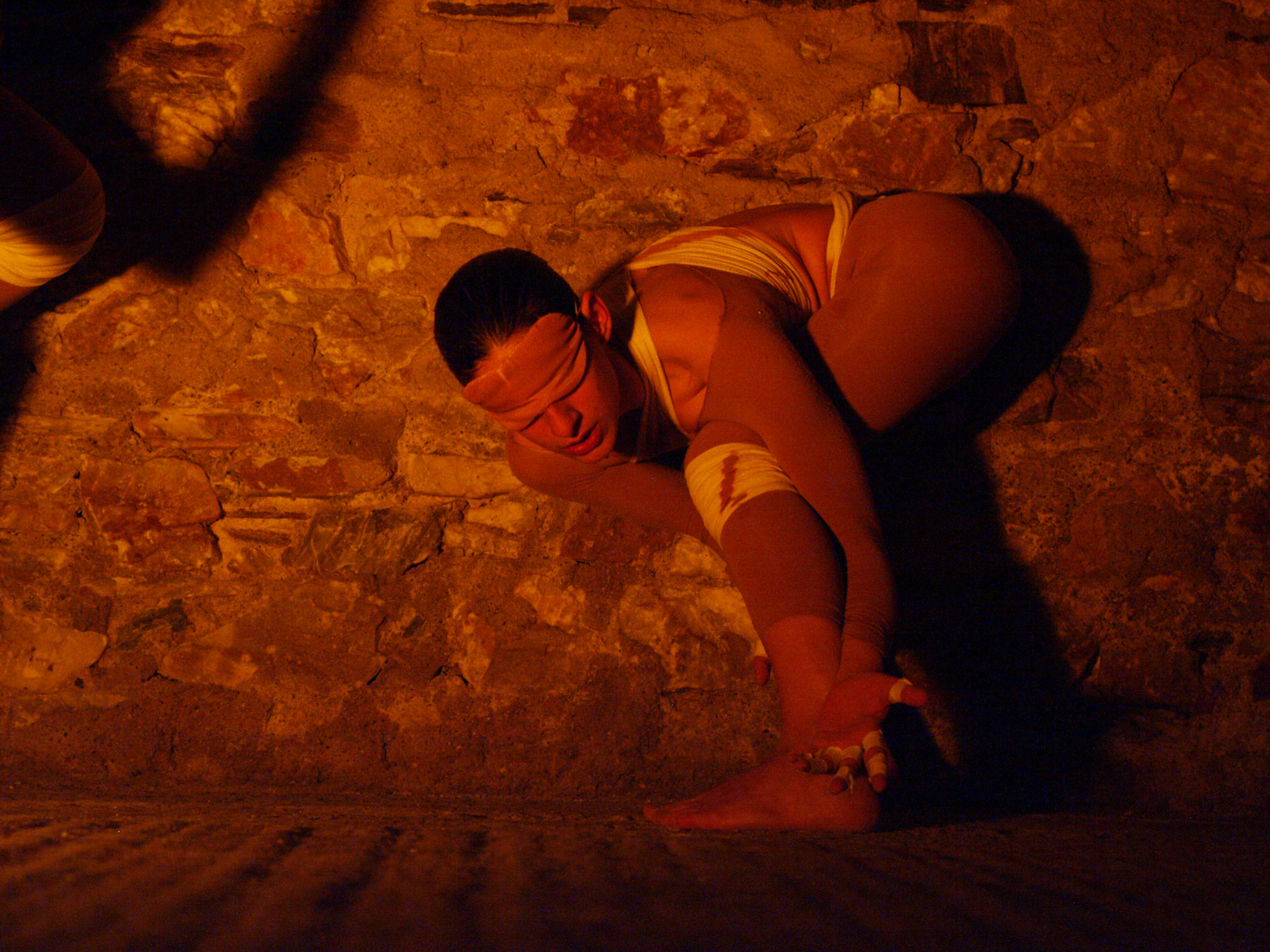 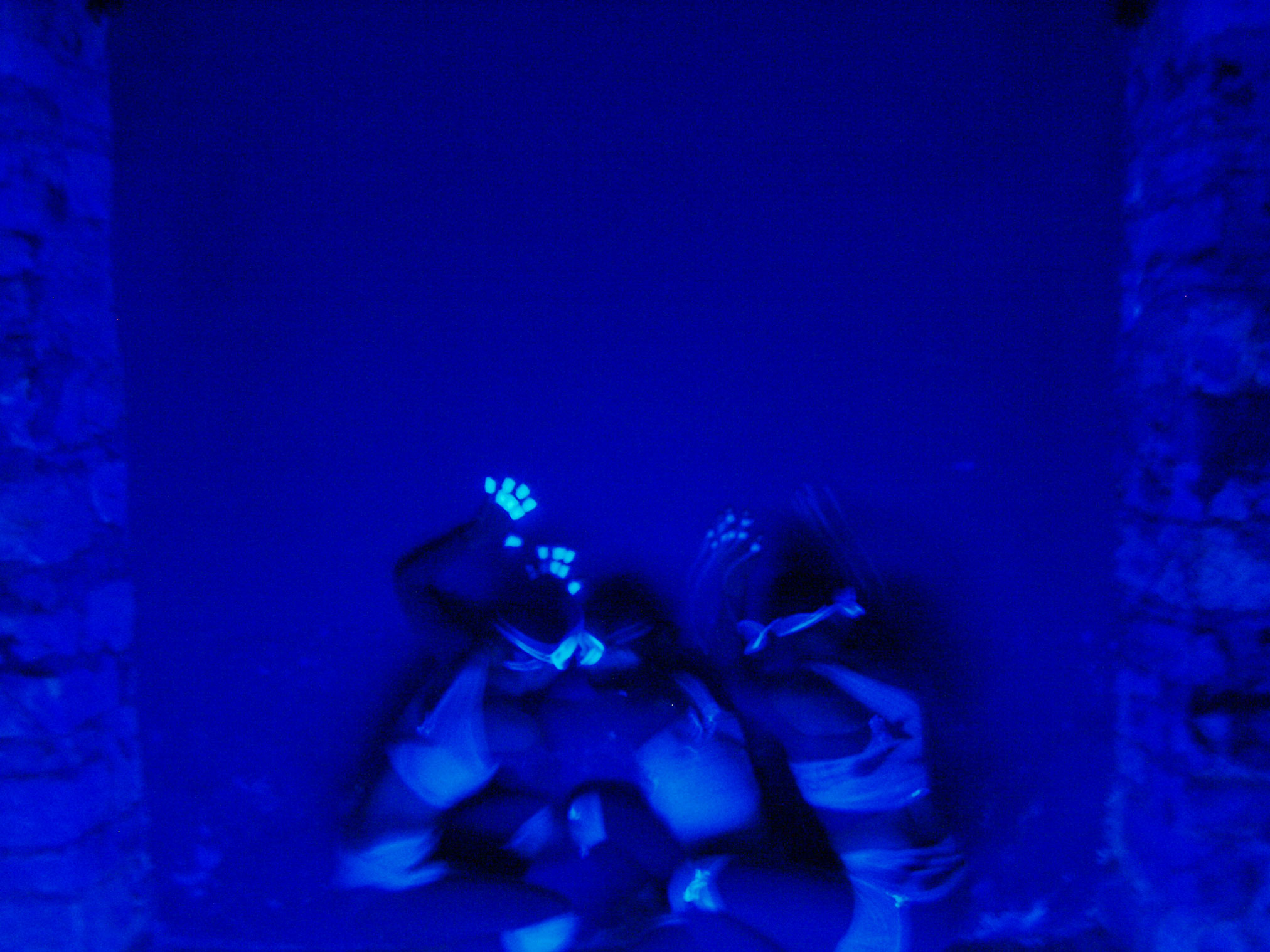 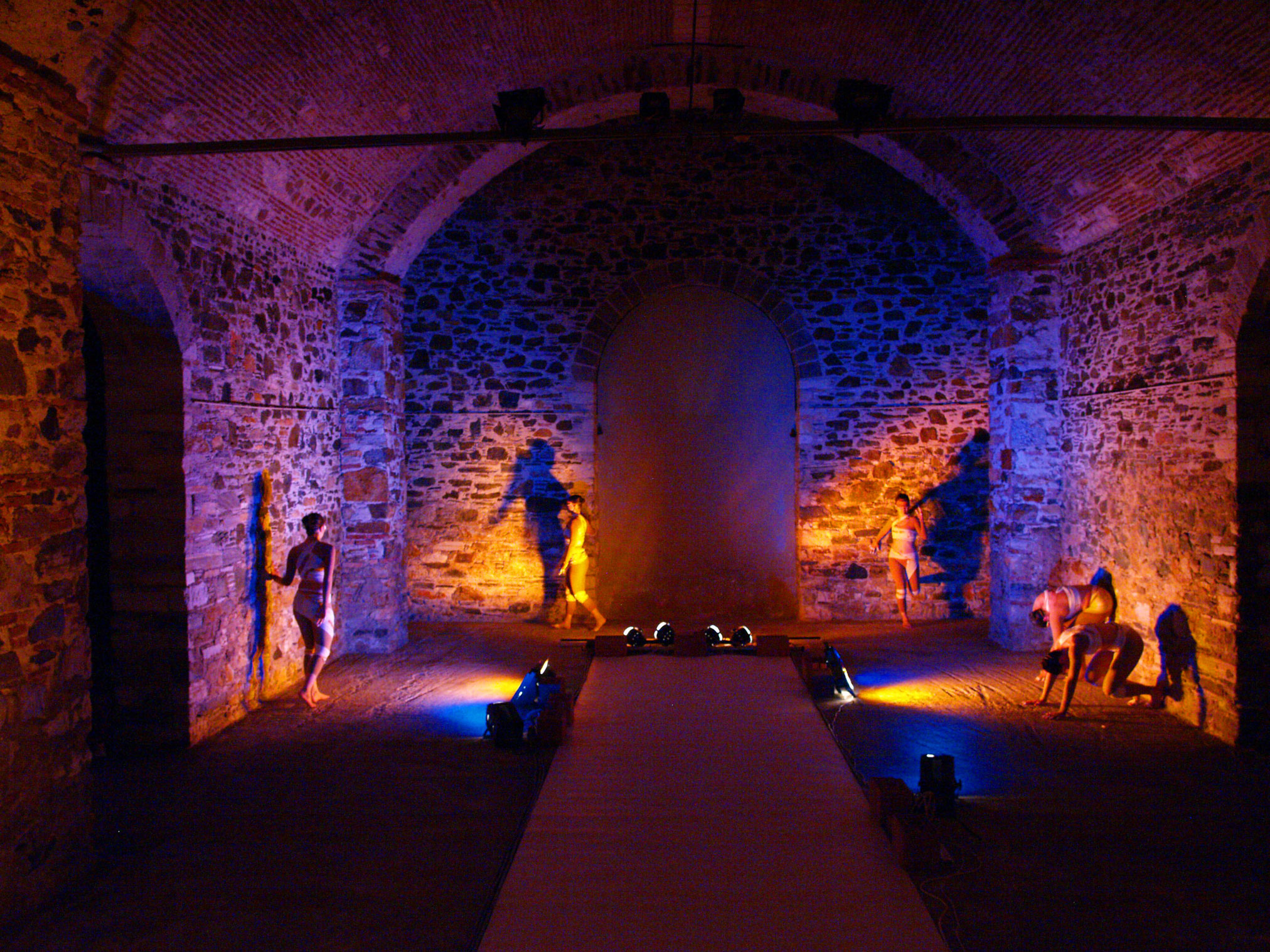 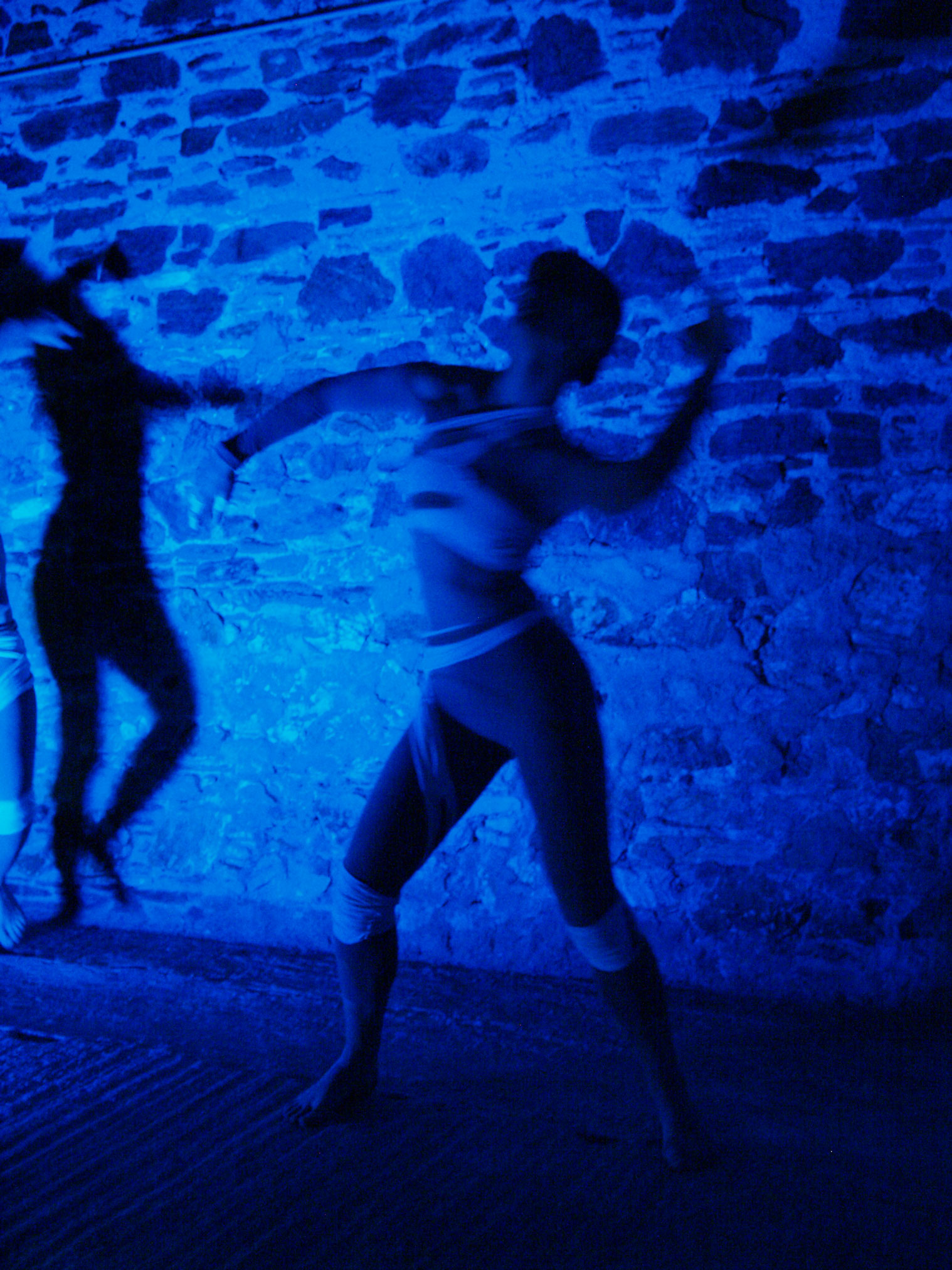 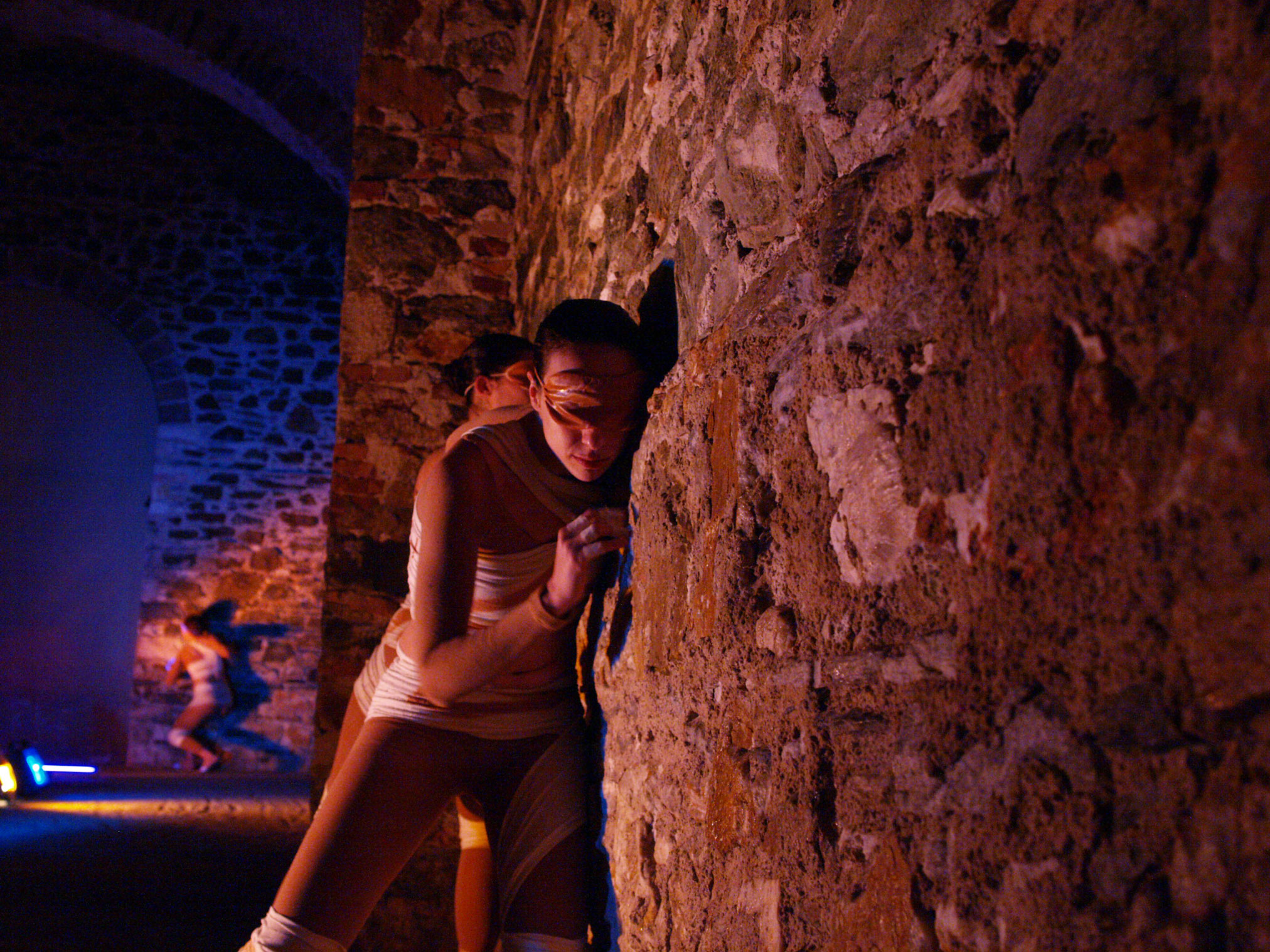 In the future, corruption has blinded people, who are obliged to live adherent to a wall without being able to move away from it. On the wall they are born, they meet other people, they dream and finally die. For as long as they live there is music from far away that impels their every single movement -auditory sense is the one that prevails in this situation- and condemns them to an eternal game: for as long as the music is being heard the bodies are looking for its source. An eternal game of blindman’s buff, the rules of which are determined exclusively by something far away, by a music. It’s that music that enlivens them which directs their every movement and eventually kills them when it enchants them and convinces them to move and part from the wall so that they can find where it comes from. Something like a distant promise of freedom… thus, people, following the music, are disconnected and freed from their prison only to get caught in the trap which leads them to death. Just like toys, which some day lose control, run down, and stop moving forever.