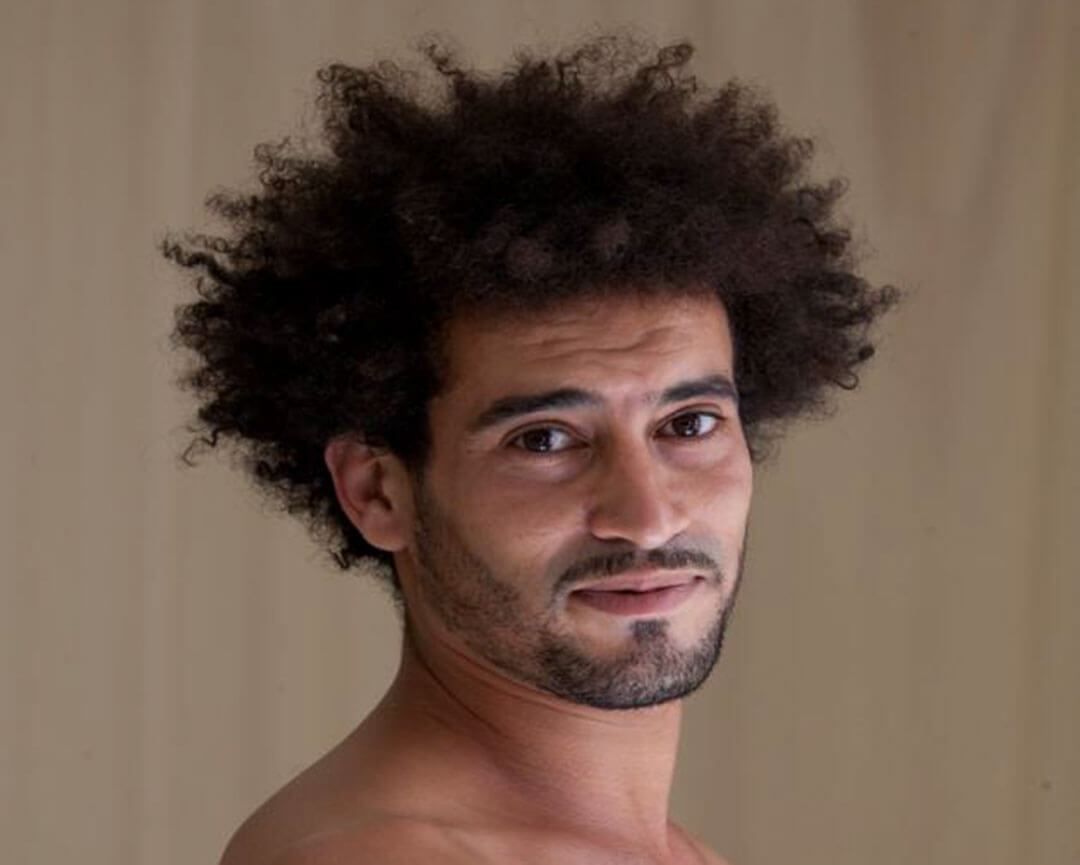 ADAMAH
There is an etymological link between adam and adamah. Adamah designating “red clay” or “red earth », Adam is the name given by God to the first man on earth. According to the Old Testament, God created Adam on the sixth day of creation from a little clay, clay or dust according to translations. Eve, the first woman, was created from the body of Adam according to the Book of Genesis. Of the union of Adam and Eve, were born Abel and Cain: Adam is therefore the founder of humanity.
This production has unfortunately been freezed during the lockdowns. This among of time as a break, has nourished my creativity and artistic vision about the piece.

Adamah is a living organism, fixed in a neutral space, a place of all possibilities. The piece is thus composed of a choreographic and performative product. Between intimate and extreme, between inside and outside, between dream and consciousness. An eternal return to the origin, to the initial impulse, for another continuation.

This piece comes from an observation, the acknowledgment of a failure the world we live in is inexorably damaged, because of self-destroying mankind, and civilizations declining and dying out Adamah offers a utopian vision of the world where I would like to be able to live, a world in where I wish to see humanity in harmony Indeed, I aspire to plural harmony to live better with others, without any race, culture, religious or political persuasion ostracizing anyone without giving up on the universality of the human condition.
Trailer: https://vimeo.com/421500456

Larbi Namouchi: Choreographic Artist / Performer
Born in 1984 in Tunis, fascinated very early on by the circus and martial arts, Larbi Namouchi, as a child, began with Hip hop dance, traditional and Sufi dances. Between 1998 and 2005, he joined companies like Syhem Belkhodja, Imed Jemaa, Nawel Skandrani. In 2005 he won a scholarship and studied at the International Academy of Dance in Paris, within a multidisciplinary training (Theater, Jazz, Contemporary). Since then he has worked and multiplied meetings, exchanges and collaborations with many choreographers and artists from different disciplines such as, Yan Lheureux, Fabienne Berger, Boris Charmatz, Benoit Lachambre, Tonia Shilling, Abou Lagraa, Sandra Martinez Dahou, Omar Ghayatt, Christophe Honoré, Ashley Wright. In his choreographic influences, we can note the research work of Steve Paxton. Larbi Namouchi participates in several festivals, video dance projects, films, performances. In 2017, he founded his own company in Lyon, named Compagnie Shafak (=“dusk” in Arabic). He has never stopped working and exploring through his works and those of others, while remaining free and mobile, body and mind.
https://vimeo.com/user9763163