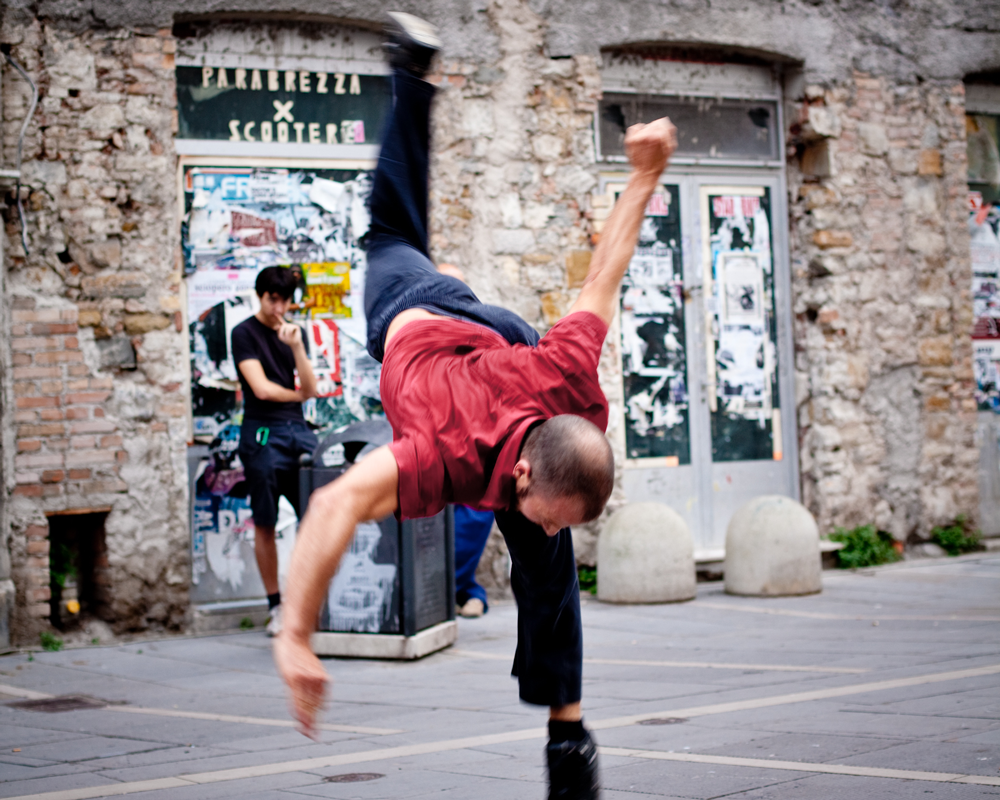 Jurij Konjar was born in Ljubljana in ʼ78. He trained Judo and singing from an early age, then began dancing with ballroom competitions. In 2007 he suffered a head injury that shifted the focus of his work towards the potential of the present moment. An in-depth observation of Steve Paxtonʼs Goldberg Variations video triggered what became an improvisation practice.

Created and performed by: Jurij Konjar
Music: Goldberg Variations, by Johann Sebastian Bach. Performed by Glen Gould (1981)
With gratitude to Steve Paxton and Lisa Nelson
Produced by: Jurij Konjar
Coproduction: Tanzquartier Wien
With the support of Slovene Ministry for Culture