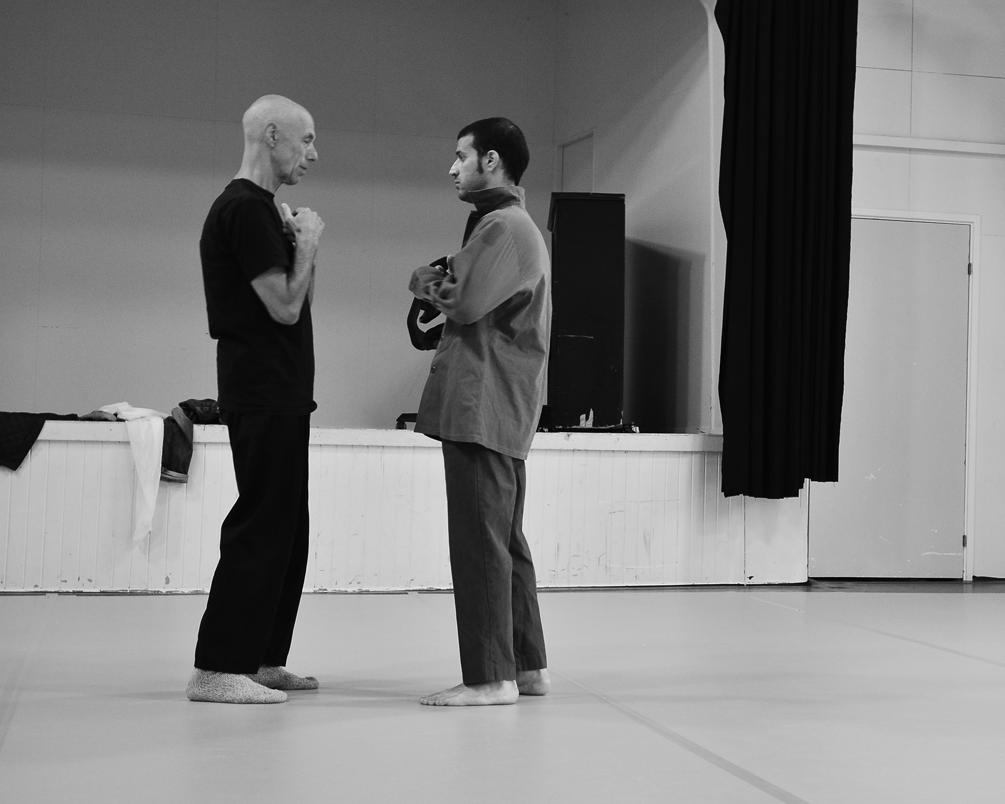 During 2013 Iraqi Bodies have continued their work on the themes surrounding the rituals and ceremonies of sexuality, death and reproduction within the religious groups of Muslims, Christians and Jews.

In exploring and investigating the connections between dance and physical theater, Iraqi Bodies has gained unanimous critical acclaim over the last couple of years. With affecting performances such as “Unidentified” and “Vowels” the group has managed to carve a unique niche for themselves in the field of contemporary dance. It’s a world where sparse lighting, silence and near immobility is paired with seemingly erratic yet repetitive movements, at times creating an atmosphere of discomfort and unease but also one of tremendous beauty. Using almost archaic movements and textures, the aim is to articulate feelings of loss, frustration and isolation but perhaps to also show a tiny sliver of light and hope

During this Artistic Residency the following performance was given: “Gerontion”