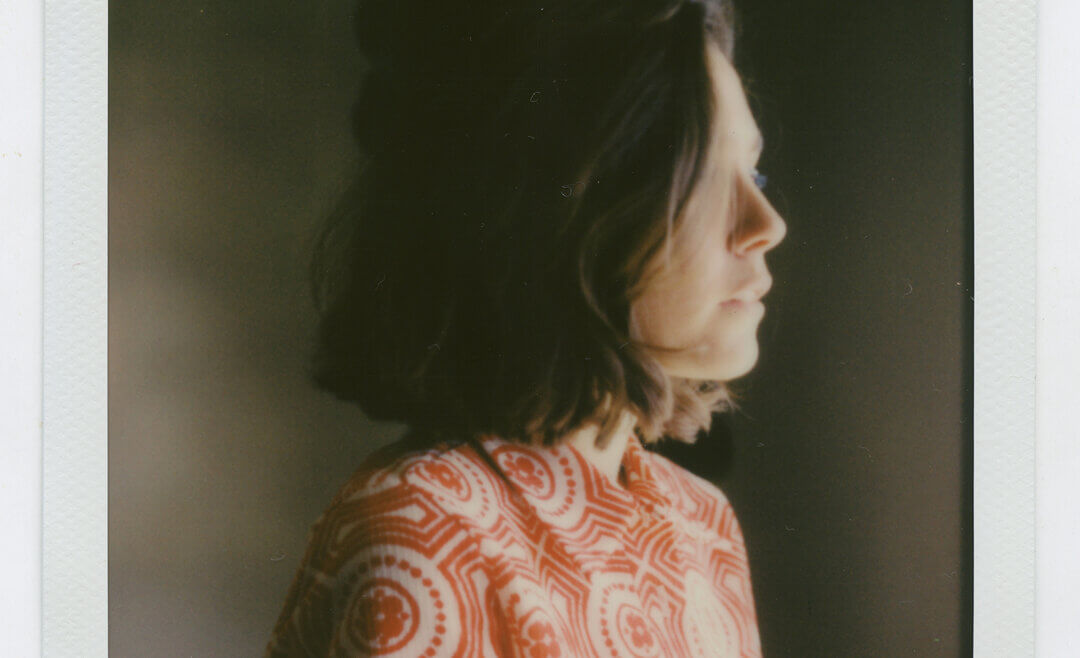 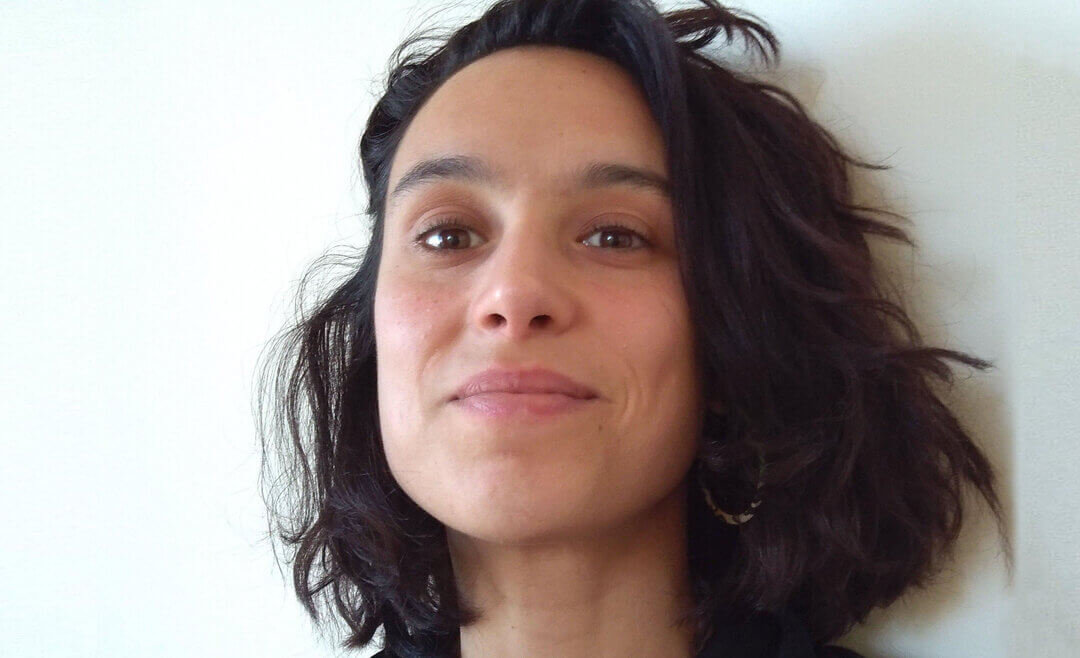 OVERFLOW is a contemporary dance and physical theater duet, performed by myself and the dancer Anna-Maria Bayon, which addresses adaptation and survival in society.
Particularly struck by the radical, immediate and contradictory nature of current social dynamics, I asked myself “how do bodies survive between increasingly extreme, increasingly unpredictable laws and events?”
The image behind this creation is that of a ‘contemporary shipwreck’. With a choreographic approach that feeds on an overdose of absurd and zany, naive and poetic imagination, it is an extravagant and staggering shipwreck that I wish to explore. The bodies of two women intertwine, support each other, counterbalance each other, adapt and save each other. Extreme, contradictory and insane like the challenges they have to face.
If on the one hand my intention is to explore the power and beauty of a body that adapts, transmutes, fits together, endures and resists to the point of overflowing; on the other hand, I want to give voice to the humanity that runs through it: its need for the other, for empathy and mutual aid.
Body and voice. Imagination and illusion. Control and laughter. Poetry and surprise.
OVERFLOW is an invitation to resilience through a sensitive, confident and creative look at our society.

with the support of Wallonie-Bruxelles International

I’m an italian contemporary dancer, choreographer and teacher. I’m based in Belgium where I live since several years.
I trained in ballet and contemporary dance in Italy (Zappalà Danza dance school) and Switzerland (ballet junior de Geneve).
Once I arrived in Belgium I started collaborating as a dancer and performer with some local and international artists for dance and circus projects: Keren Rosenberg, Roy Assaf, Lies Serdons, Poetic Punkers collective, Cie Marie Martinez, Lisbeth Gruwez, Dorian Chavez, Krama Dance Company and soon with the circus company Cie des Chaussons Rouges (creation 2023/2024).
I consider myself a curious observer of society and its dynamics.
I am attracted by its resources as well as its contradictions and fragilities. It is from what I live, from what I feel, from what I observe of society that I draw my inspiration to create.

All of them share a strong physicality and the use of a performative register that appeals to audience interaction, humour and surprise.
Overflow is my next creation planned for 2024.

Since 2015, I have been developing my own pedagogical practice based on improvisation, DIVE, which is inspired by the principles of Gaga body language (which I studied in Tel Aviv with Ohad Naharin and the Batsheva dancers) but which I extend to a personal research.
DIVE is part of my daily artistic life and I transmit it through classes and workshops in Belgium and abroad (Charleroi Danse, UP circus & performing arts center, Grand Studio/ Nyash dance company, Hybrid Studio/cie bud Blumenthal, Istanbul Fringe festival in Turkey, Dance Days Chania Festival and Kinitira artistic network in Greece). 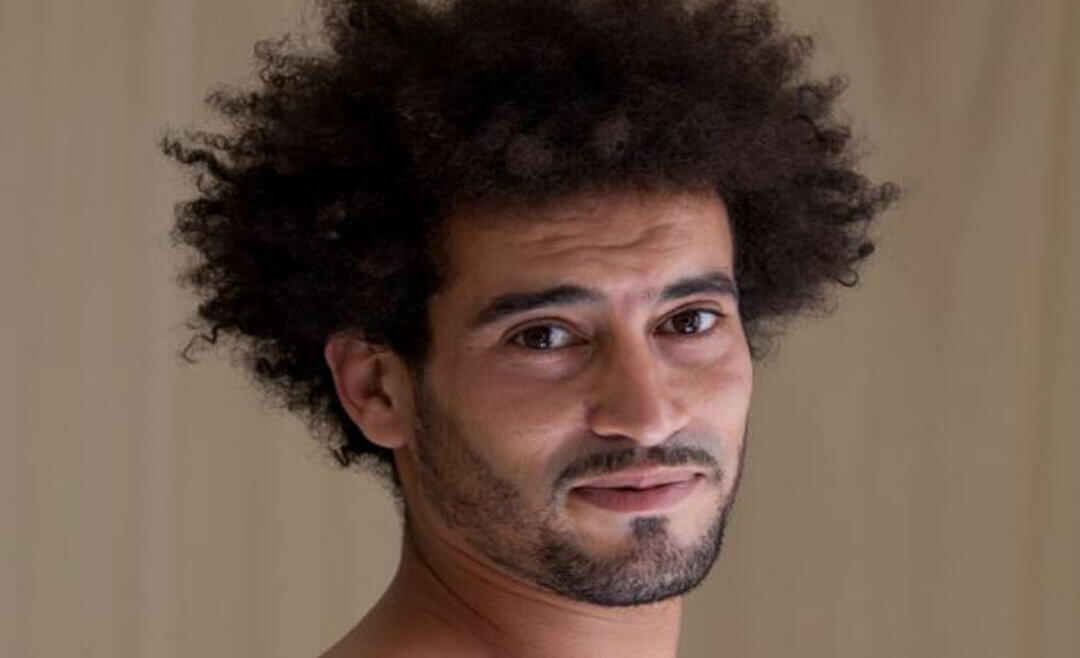 ADAMAH
There is an etymological link between adam and adamah. Adamah designating “red clay” or “red earth”, Adam is the name given by God to the first man on earth. According to the Old Testament, God created Adam on the sixth day of creation from a little clay, clay or dust according to translations. Eve, the first woman, was created from the body of Adam according to the Book of Genesis. Of the union of Adam and Eve, were born Abel and Cain: Adam is therefore the founder of humanity.
This production has unfortunately been freezed during the lockdowns. This among of time as a break, has nourished my creativity and artistic vision about the piece.

Adamah is a living organism, fixed in a neutral space, a place of all possibilities. The piece is thus composed of a choreographic and performative product. Between intimate and extreme, between inside and outside, between dream and consciousness. An eternal return to the origin, to the initial impulse, for another continuation.

This piece comes from an observation, the acknowledgment of a failure the world we live in is inexorably damaged, because of self-destroying mankind, and civilizations declining and dying out Adamah offers a utopian vision of the world where I would like to be able to live, a world in where I wish to see humanity in harmony Indeed, I aspire to plural harmony to live better with others, without any race, culture, religious or political persuasion ostracizing anyone without giving up on the universality of the human condition.
Trailer: https://vimeo.com/421500456

Larbi Namouchi: Choreographic Artist / Performer
Born in 1984 in Tunis, fascinated very early on by the circus and martial arts, Larbi Namouchi, as a child, began with Hip hop dance, traditional and Sufi dances. Between 1998 and 2005, he joined companies like Syhem Belkhodja, Imed Jemaa, Nawel Skandrani. In 2005 he won a scholarship and studied at the International Academy of Dance in Paris, within a multidisciplinary training (Theater, Jazz, Contemporary). Since then he has worked and multiplied meetings, exchanges and collaborations with many choreographers and artists from different disciplines such as, Yan Lheureux, Fabienne Berger, Boris Charmatz, Benoit Lachambre, Tonia Shilling, Abou Lagraa, Sandra Martinez Dahou, Omar Ghayatt, Christophe Honoré, Ashley Wright. In his choreographic influences, we can note the research work of Steve Paxton. Larbi Namouchi participates in several festivals, video dance projects, films, performances. In 2017, he founded his own company in Lyon, named Compagnie Shafak (=“dusk” in Arabic). He has never stopped working and exploring through his works and those of others, while remaining free and mobile, body and mind.
https://vimeo.com/user9763163 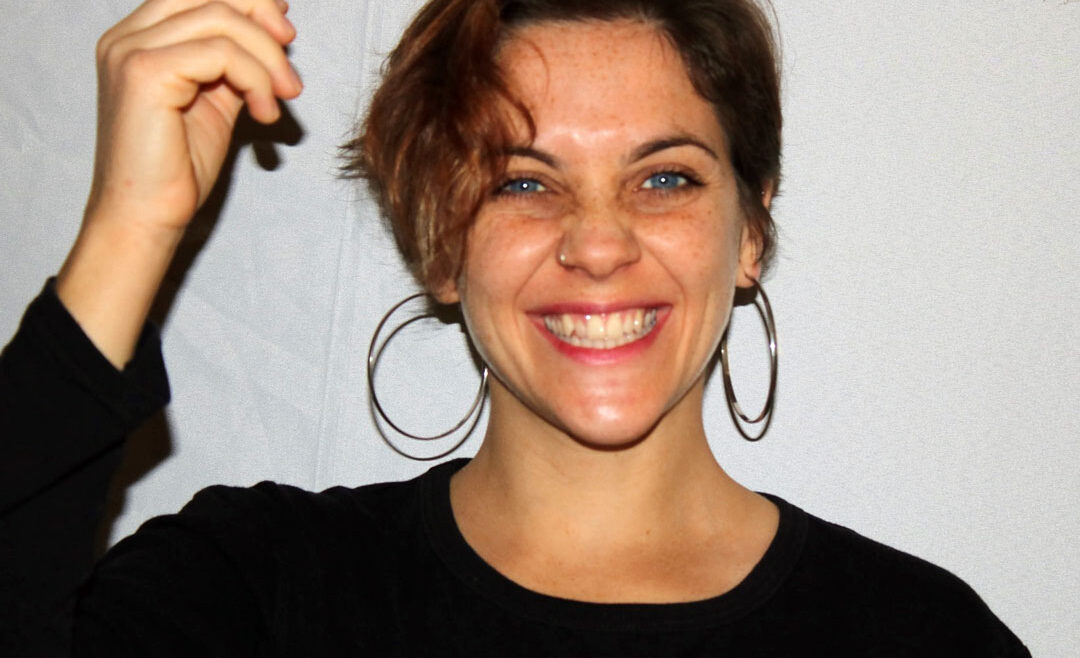 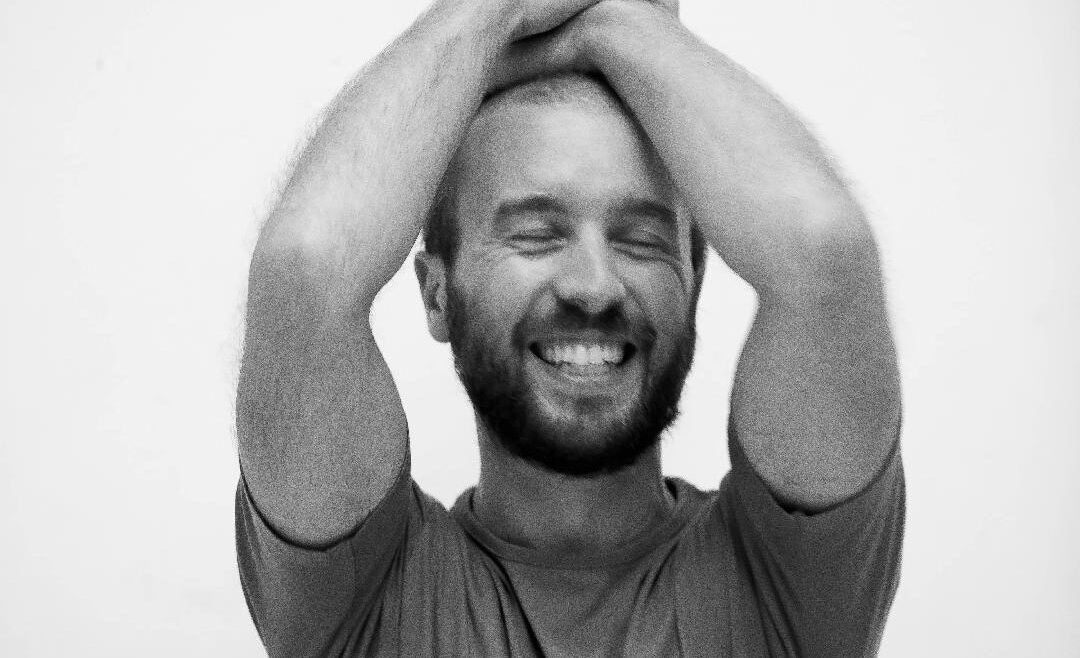 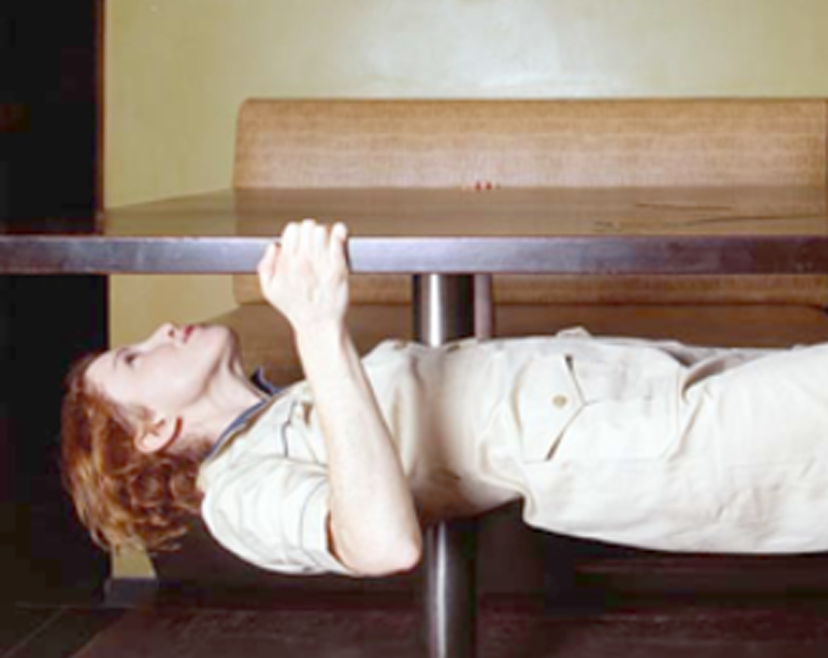 Βίντεο προβολή και συζήτηση
The 3-D Interactive Dance Lab is a project that explores the potential of 3-D interactive technology in relationship with dance and live music.
This is the artist’s personal inquiry into technology’s power of expression that she researches though constructing narratives, with alter egos, in this case 3-dimensional avatars of dancers and musicians who co-exist in an environment of live interactive visuals.
This project was initiated in conjunction with the designer Stephane Flesch at the Potsdam Design and Technical University in Germany and further developed and performed as part of an artist-in-residency at Trafo Theater in Budapest with the generous support of the Workshop Foundation.

Meredith Nadler is an American artist, modern dancer and choreographer. She has been working in the realm of professional dance, theater, fine arts and film for the majority of her career in Europe and around the world. In her own artistic vision as a choreographer and artist, she seeks to explore the human condition through the prisms of movement, sound and visual experimentation.
For one of her last productions, Meredith Nadler created the intergenerational work “Love, Poverty and War”, an evening length dance/theater piece which examines the intersection between movement and memory, and between our pasts and the present. A co-production between Germany and Israel, the work was developed and performed at the Uferstudios in Berlin and at the Nachmani Theater and at the Beit Tami, Cultural Center in Tel aviv. Its cast of 9 Israeli/German/French dancers, actors and musicians explored what it means to be 3rd generation descendants of Holocaust survivors.The production of this piece and its premiere in Berlin was financed through the Berlin Senate, the Ministry of Foreign Affairs of Israel and he Israeli Embassy in Berlin.
Her previous choreographic projects and dance performances have been programmed and funded by the European Union Arts Council, the Grand Theatre du Luxembourg, the Berlin Senate, the European Capital of Culture, Berlin’s International Artists Museum, the Netherlands Noorderzon Festival, the European Foundation for Jewish Culture, the Zureuckgeben German Cultural Heritage Fund as well as several private foundations and theaters across Europe and the U.S..
https://vimeo.com/meredithnadler/videos 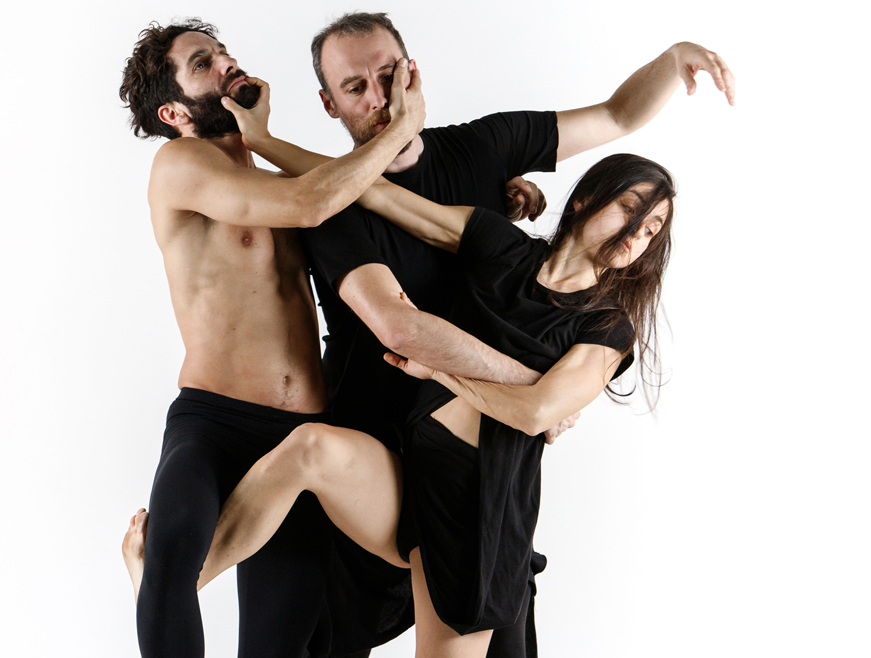 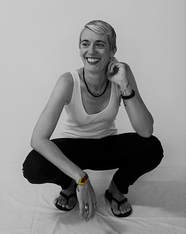 Participatory Presentation
DMo culminates her residency in this participatory art playground style presentation, setting up the spaces of Akropoditi into creative stations for playing with and moving through different levels of awareness. The spaces will contain diverse inputs such as moving bodies, vibrational sounds, and symbols with corresponding exercise experiments.

DMo is an Australian artist and writer creating in film, music, the visual arts and other literary avenues. She is a produced scriptwriter and writer/director, and has also undertaken roles as producer, development writer, researcher and concept creator. Her painting and video art has been exhibited internationally. DMo develops creative projects for public involvement. She also writes and records as part of the music experiment Cityless. In 2018 she started The Art Playground aka TAP, an independent art production label, to release her creative work across platforms.
www.signeddmo.com